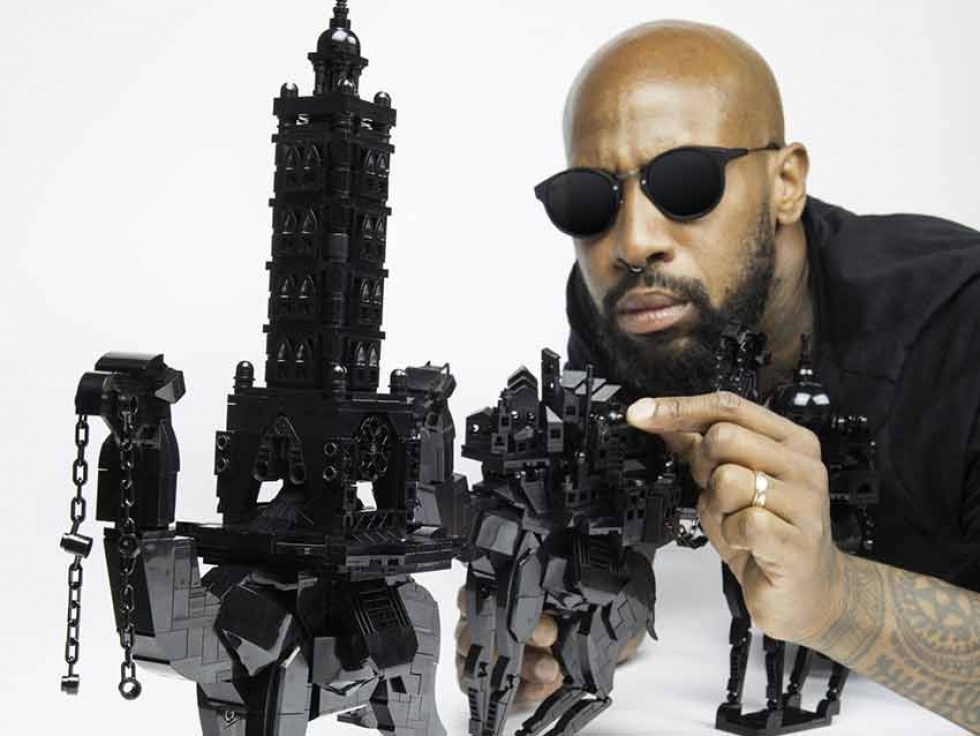 As African countries gain recognition as 21st-century global leaders, the Aga Khan Museum celebrates the continent's power — past, present, and future — with its fall season, Africa!

In line with our mission to connect cultures, we've partnered with African nations and members of the African diaspora to bring Toronto the groundbreaking exhibition Caravans of Gold, Fragments in Time; an Afrofuturist art installation made of Lego©; and world-class thought leaders and performers who reveal new dimensions of this vast and complex continent.

Opening September 21, 2019, Caravans of Gold takes you back to medieval times, when western Africa fueled the economies of three continents with culture-changing ideas, much sought-after luxuries, and treasured commodities such as salt, ivory, and gold — a world-shaping story largely left out of our Western history books.

The exhibition, curated by Kathleen Bickford Berzock and organized by the Block Museum of Art at Northwestern University, made Christie's 2019 list of must-see exhibitions.

Caravans features a cutting-edge curatorial approach that sets stunning masterpieces alongside recently unearthed archeological fragments, and includes many loans from the national collections of Mali, Nigeria, and Morocco. This juxtaposition reveals how deeply connected medieval Africa was to a wide swathe of the world, influencing art and culture across Europe, the Middle East, and Asia.

The exhibition also highlights the legendary medieval figure, Mansa Musa, 14th-century ruler of the West African empire of Mali — thought to be the one of the wealthiest people of all time. Mansa Musa's astounding gold riches were famed, with accounts suggesting that the value of gold dropped because of his extravagant spending during his pilgrimage to Mecca.

"With this exhibition we're upending common misperceptions and filling in areas of world history that have been overlooked," says Henry Kim, Director and CEO of the Aga Khan Museum. "Our hope is that our programming can contribute to critical conversations in Canada that expand our understanding of the past, helping to bridge cultures today and tomorrow."

The Museum's pan-African focus comes to life with our 2019/20 Performing Arts season, Listening to Each Other, which pays tribute to the role of music in connecting communities, preserving culture, and spurring social change. The season launches with Toko Telo, a trio of Madagascar's biggest stars, exploring new elements of the country's folk music.

The Museum also presents The Maghreb Project, a cross-cultural band that unites musicians from the Sahara Desert, and the Okavango African Orchestra, who create a new musical language by bringing together musicians from African countries, including Burundi, Eritrea, Somalia, Madagascar, Senegal, Zimbabwe, and Ghana, that historically have had little interaction.

Finally, a vibrant array of educational programming spotlights aspects of the African continent, challenging what we know about the world. We start with a talk from Caravans curator Kathleen Bickford Berzock, Associate Director of Curatorial Affairs at the Block Museum of Art, illuminating the partnerships with Mali, Morocco, and Nigeria that made the exhibition possible.

We continue with an exciting range of prominent speakers. The Director of the Smithsonian National Museum of African Art, Gus Casely-Hayford, discusses the many golden ages of African art, and Victoria and Albert Museum Curator, Mariam Rosser-Owen, gives a talk on the medieval politics of gold and ivory. Other highlights include a multi-week course on the far-reaching impact of African trade before the medieval era, and an artist talk and tour from Ekow Nimako.

The Aga Khan Museum in Toronto, Canada, has been established and developed by the Aga Khan Trust for Culture (AKTC), which is an agency of the Aga Khan Development Network (AKDN). The Museum's mission is to foster a greater understanding and appreciation of the contribution that Muslim civilizations have made to world heritage while reflecting, through both its permanent and temporary exhibitions, how cultures connect with one another. Designed by architect Fumihiko Maki, the Museum shares a 6.8-hectare site with Toronto's Ismaili Centre, which was designed by architect Charles Correa. The surrounding landscaped park was designed by landscape architect Vladimir Djurovic.