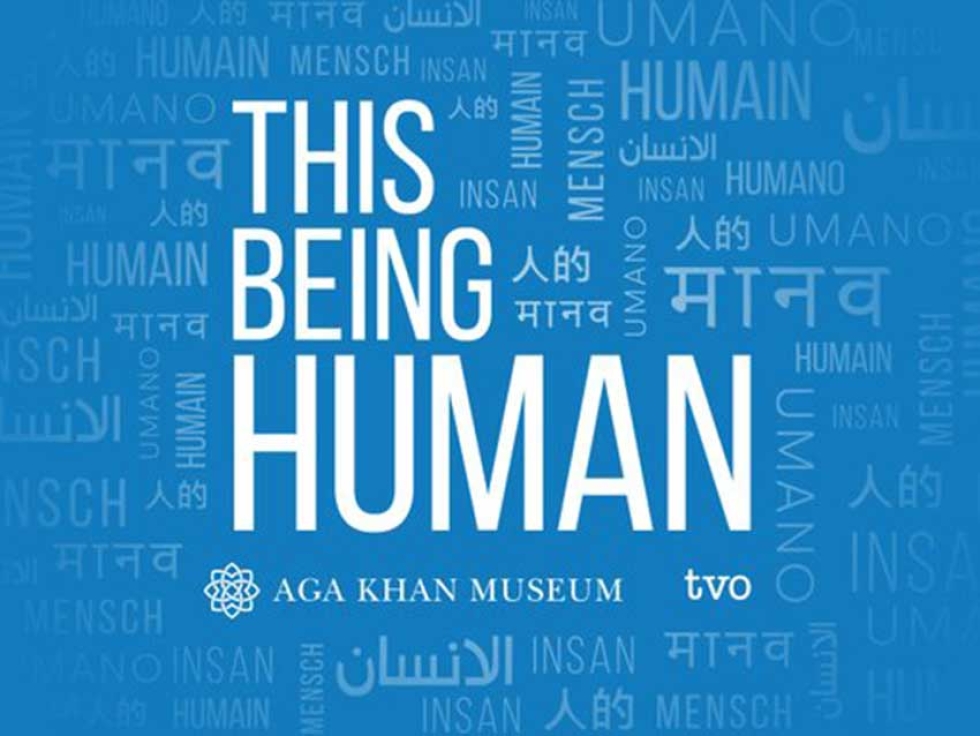 Aga Khan Museum and TVO explore Muslim art, culture, history and society with Season Two of 'This Being Human' Podcast

This Being Human, the Aga Khan Museum’s curiosity-stoking interview podcast, returns on February 22, 2022 with more stirring conversations to transport listeners around the world — and beyond.

Presented in partnership with TVO, Season 2 will feature 21 new episodes and be available on streaming services like Apple Podcasts, Spotify, and Amazon Music and on the web at agakhanmuseum.org and TVO.org.

Bolstered by the success of This Being Human’s ground-breaking first season, the Museum has partnered with media and education leader, TVO, to expand the podcast’s impact and reach. “TVO’s reputation for excellence, creativity, and integrity make the organization an ideal partner for This Being Human,” said Dr. Ulrike Al-Khamis, the Museum’s Director and CEO. “By working collaboratively, the Museum and TVO will open new windows of discovery for each other’s audiences and engage new listeners with human stories that entertain and inform.”

“The conversations featured in This Being Human bring to life an irresistible spectrum of experience, encouraging deeper curiosity and insight into Muslim culture, thinking and innovation,” says John Ferri, VP of Programming and Content at TVO. “We’re excited to partner with the Aga Khan Museum to engage listeners in these ground-breaking interviews and stories that have the power to positively inspire and impact our lives.”

This Being Human features a diverse mosaic of captivating guests with distinctive insights on Muslim art, culture, history and society. These conversations will touch upon everything from prayer and pilgrimage to politics and pop culture, love and education, feminism, film, sports, music, and so much more.

The season’s confirmed guests include:

Listeners can look forward to the smart, compassionate, and tightly woven storytelling they have come to expect from This Being Human and its inimitable host, award-winning journalist and educator Abdul-Rehman Malik. Elevating the bi-weekly podcast further will be a refreshed, more intimate sound and an intensified focus on how to uplift lives and communities in the wake of the COVID-19 crisis.

“The scope of the stories we’ve explored on This Being Human so far has been extraordinary,” says Abdul-Rehman. “Every interview leaves me ever more excited about the possibilities of Muslim culture and identity in the world today. In the coming season, listeners will hear more intimate and personal stories. They will also hear how our guests are navigating the unsettling times we are going through. We don’t just want to know what makes us human, but how we can become better humans – for ourselves and for others. We’ve already recorded a few episodes and they are joyful and heartbreaking, challenging and affirming. It’s exactly what we hoped This Being Human would become.”

Lauded as “terrific, full of insightful interviews with interesting guests” by the Toronto Star, This Being Human celebrates the diversity and wide-ranging impact of changemakers deeply engaged with what it means to be Muslim. The podcast has only grown timelier and more relevant since its January 2021 debut in light of recent Islamophobic attacks in Canada and elsewhere in the West.

“At the beating heart of the Museum is the belief that art, culture, and conversation are vitally important to shifting attitudes and building bridges across difference,” says Dr. Al-Khamis. “And by sharing enthralling personal stories through the medium of podcasting, we can touch more lives than ever before with our message of hope, inclusion, and the power of diversity to bring about a better world.”

Episode 1 w/ Zarqa Nawaz
In episode 1, host Abdul-Rehman Malik is joined by multi-talented Zarqa Nawaz (creator of CBC's Little Mosque on the Prairie; ZARQA; and writer of upcoming novel Jameela Green Ruins Everything) to chat about using comedy to address uncomfortable or taboo topics, from dating and divorce in Muslim culture, to the rise of ISIS. She also discusses how she has dealt with backlash from her community and what it’s like to step out from behind the camera.

SUPPORT
The Museum wishes to thank Nadir and Shabin Mohamed for their leadership support to develop and produce This Being Human.

Writer, filmmaker, educator, and pop culture aficionado Abdul-Rehman Malik is currently the Postgraduate Associate at Yale University’s Council on Middle East Studies. He was also the artist-in-residence at the Doris Duke Foundation’s Shangri La Museum of Islamic Art, Design and Culture, where he curated a series called “What is Muslim Culture?” His most recent documentary is “The Muhammadan Bean: The Secret History of Islam and Coffee.” His work has appeared on BBC Radio, Radio 4, Radio 2, and the World Service, and in countless online and print publications. He is a Toronto native and is an enthusiastic Aga Khan Museum supporter.

ABOUT THE PRODUCTION COMPANY

Antica Productions is one of North America's largest independent podcast studios. Recent shows include: Lost Kids (NBC/UCP); Revisionaries with Michele Romanow (Audible); Seven Truths with Tanya Talaga (Audible); and Hustled (Toronto Star), which Apple listed as one its favourite Canadian podcasts of 2020. 2021 will see the launch of several new Antica co-productions, including the much-anticipated Translators with the Black Eyed Peas and two podcast dramas for the CBC.

TVO inspires learning that changes lives and enriches communities. Founded in 1970, we are a globally recognized digital learning organization that engages Ontarians of all ages with inclusive experiences and diverse perspectives. Through video, audio, games, courses, newsletters and articles, we’re investing in the transformative potential of education for everyone. Funded primarily by the Province of Ontario, TVO is a registered charity supported by thousands of sponsors and donors. For more information, visit TVO.org and TVOkids.com.

The Aga Khan Museum in Toronto, Canada, has been established and developed by the Aga Khan Trust for Culture (AKTC), which is an agency of the Aga Khan Development Network (AKDN). The Museum’s mission is to foster a greater understanding and appreciation of the contribution that Muslim civilizations have made to world heritage while often reflecting, through both its permanent and temporary exhibitions, how cultures connect with one another. Designed by architect Fumihiko Maki, the Museum shares a 6.8-hectare site with Toronto’s Ismaili Centre, which was designed by architect Charles Correa. The surrounding landscaped park was designed by landscape architect Vladimir Djurovic.