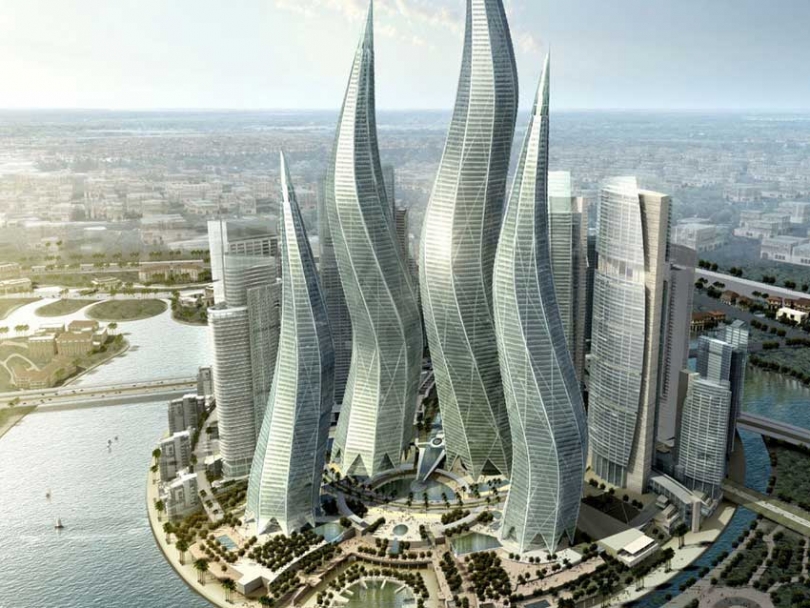 Dubai's six-year boom slammed to a halt in 2008 after the global financial crisis. Millions of dollars of construction projects were slashed or put on hold.
01
Aug
2010

The global financial crisis has exposed the failure of the laissez-faire, unregulated free market capitalism. Governments of a number of industrialised countries allocated an excess of $7 trillion in bailout and liquidity injections to revive their economies. Despite this “helicopter money”, capitalist market economies are not yet out of the woods. Sovereign debt is the latest episode.

“Imported” capitalism in the Muslim world has begun faltering. It now appears that the city of Dubai and the much-touted Grameen Bank experiment may not be as successful as they were initially made out to be.

The Dubai miracle (or mirage) was built on economically impossible projects and on a mountain of debt that couldn't survive an economic downturn.

Dubai's debt is about US $80 billion, or 140 per cent of its GDP (according to official statistics). The experiment in unfettered free-market capitalism did not work. Sheikh Mohammed bin Rashid Al Maktoum, the Ruler of Dubai, wanted to transform Dubai into one of the world's premier financial center by installing the best aspects of free-market capitalism: tax free zone and investment incentives to entrepreneurs from all over the world.

It worked for a while.

Capital, resources, and personnel flooded in. By 2005, oil and gas were responsible for only six per cent of the emirate's GDP. Property and construction was the biggest contributor at 22.6 per cent, followed by trade at 16 per cent, entrepÃ´t (duty-free import/export business) at 15 per cent and financial services at 11 per cent.

Building an underwater hotel, pal-shaped islands, the tallest building in the world (at a cost of $4.1 billion) and a covered ski resort in the middle of a desert, Dubai has proven that anything is possible when you ignore economic costs. For economists, it was long evident that this was a property boom built not on resources or on manufacturing industry or even on traditional trading. It was based on odd money, debt and speculation. It was a bubble ready to burst. And it has burst.

Kenneth Rogoff, a renowned economist and Harvard professor, writes about Dubai: “”Unfortunately, Dubai ultimately proved subject to the laws of financial gravity. This time was not different. Massive speculation and borrowing led to excessive debt burdens and ultimately, to default. Is this the end of the road for Dubai's epic growth? I doubt it. Countries throughout the world and throughout history have defaulted on their debts and lived to talk about it, even prosper. There is no way around the need for Dubai to restructure and prune its excesses before it can resume a more sustainable growth trajectory, though achieving this will take time.”

Today, the glorious ride is over, reality has caught up with Dubai. Dubai can only achieve prosperity through good governance and economically sound projects.

Grameen Bank, not a way out of poverty after all

Grameen Bank is frequently upheld as a wonderful model for lifting the poor out of poverty and has been replicated around the world. Grameen Bank is a microfinance organization that started in Bangladesh to provide small loans (microcredit) to the poor without requiring collateral.

The movement,has been hailed and emulated in 80 countries across the world. Both the bank and its founder professor Muhammad Yunus were jointly awarded 2006 Nobel Peace Prize.

But closer study of the Grameen model reveals that microcredit is not nearly the powerful tool it has been made out to be.

In 2008, FRANCE 24 reporters discovered that far from alleviating poverty, microcredit has plunged people deeper into debt. Micro-credit borrowers face the threat of expulsion and confiscation of their meager assets when they fail to pay up weekly installments. They are often constrained to not only sacrifice essential consumption but also borrow from money-lenders in order to service their debt.

Dr. Q.K. Ahmad, President of the Bangladesh Economic Association, whose own survey of 2,500 borrowers (99 per cent of them women) concluded that microfinance had been grossly oversold. His study revealed that the effective rate of interest charged by microfinance institutions, including the Grameen Bank, turns out to be a high as 30 to 45 percent

His book, Socio-Economic and Indebtedness-Related Impact of Micro-Credit in Bangladesh, criticised the “severe limitations of such a simplistic approach to poverty alleviation” which ignored crucial issues such as “existing power relations in society”.

“(Micro-credit institutions) take out credit, and give it back. That's all they do,” Dr. Q. K. Ahmad said.

At the 2004 Global Microentrepreneurship Awards summit in Dhaka, Bangladeshi Finance and Planning Minister M. Saifur Rahman criticized micro-lenders for charging rates almost three times as much as the rates on loans that micro-lenders receive from commercial banks.

Similarly two new studies from MIT's Poverty Action Lab by leading economists also suggest that microcredit does not offer viable means out of poverty. The authors of the two studies say that while microcredit does help the profit margins of micro-businesses that receive the loans, that does not translate into better quality of life for the borrowers.

The studies say that the borrowers do not enjoy greater health, income or more education. In fact, most microcredit clients actually spend their borrowed money not on a business, but on household expenses.

And while microcredit champions point to microloans as a tool for empowering women, the studies see no impact on gender roles, and find evidence that if any one group benefits more, it's male entrepreneurs with existing businesses.

"Microcredit is not a transformational panacea that is going to lift people out of poverty," says Dean Karlan, a Yale economics professor who studied the phenomenon in the Philippines. "There might be little pockets of people who are made better off, but the average effect is weak, if not non-existent."

Another disturbing aspect of Grameen Bank is that the bank isn't subject to any kind of serious public (the government owns six percent of its assets) or private supervision. In 2001, the Wall Street Journal's Daniel Pearl and Michael Phillips revealed that the repayment rate of their loans isn't anywhere near what the bank claims and that the bank delays defaults and hides problem loans.

Poverty in Bangladesh has causes that are deep-rooted. A microcredit tool that has plunged most of its clients into hardship and deep into the cycle of debt and poverty isn't something to celebrate. It deserves to be scrutinized.Instead of displaying blind enthusiasm for the Grameen Bank model and propagating micro-credit as a cure-all, we need to look at other models that have worked to bring nations out of poverty and helped their citizens to fulfill their basic human needs.

Ismail Barreh holds an MBA and a certificate in Islamic banking and finance.