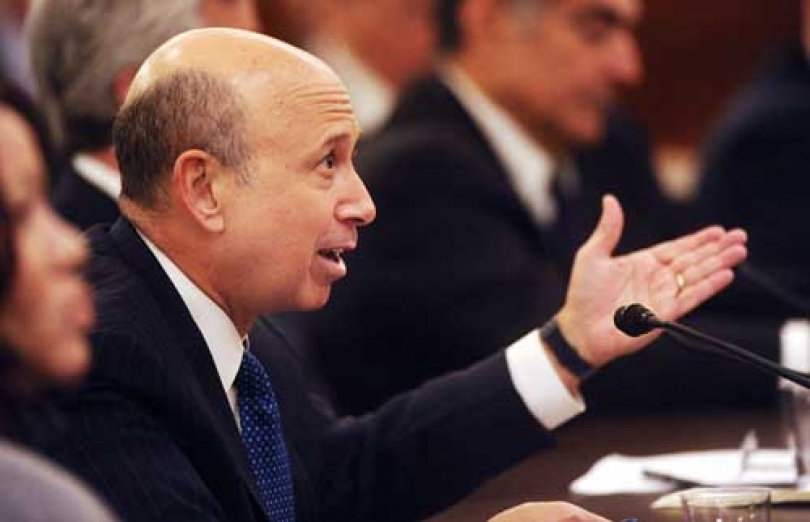 They suggested Goldman might use the proceeds to fund interest-based banking activities. They also said the sukuk might violate a ban against pure monetary speculation if it traded between investors on the Irish Stock Exchange, where it would be registered, at levels other than par value.

In fact, Abu Dhabi Islamic Bank's Shariah board rejected Goldman Sachs's proposed $2bn sukuk programme as unacceptable for Islamic investment. ADIB has the most prominent Islamic finance scholars on its board including Sheikh Mohammed Usmani Taqi.

At a major conference of Islamic scholars and bankers in London last February, much of the public and private discussion was devoted to whether growing Western interest in Islamic finance could damage the industry by compromising its religious principles. Some participants argued investment banks such as Goldman should be banned from issuing Islamic bonds, or sukuk, because the funds they raised could help to finance other parts of their business that did not comply with sharia or Islamic law.

“A conventional bank, with the exception of multilateral development banks like the World Bank and the Asian Development Bank, should not be allowed to issue sukuk,” said Badlisyah Abdul Ghani, chief executive of CIMB Islamic, the Islamic unit of CIMB Group, Malaysia's second biggest bank.

Supporters of the Goldman Sachs sukuk argue that we should focus on the transaction, not the bank.

“The fact that these sukuk are issued by Goldman Sachs or by another Western bank really makes no difference whatsoever as far as judgement of Sharia is concerned,” Mohamed Elgari, a prominent Islamic scholar, said at the February conference.

The debate could affect Western access to a fast-growing area of the financial world. Estimated at over $100 billion, global sukuk issuance is still dwarfed by trillions of dollars worth of conventional bonds. Nevertheless, the potential wealth locked up in oil-rich Gulf states offers rich enticement for conventional banks. HSBC established the Amanah Islamic Finance brand in 1998 and Deutsche Bank, Citi, UBS and Barclays quickly followed, all offering interest-free products for wealthy Gulf investors.

Sukuk is popularly understood as an Islamic or Sharia-compliant “bond” whilst it is in fact an asset-backed trust certificate. In its simplest form sukuk is a certificate evidencing ownership of an asset, or the right to enjoy it. Sovereign states are the main issuers of sukuk and use funds raised to support infrastructure projects. The sukuk structures rely on the creation of a Special Purpose Vehicle (SPV). The SPV would issue sukuk certificates that represent, for example the ownership of an asset, entitlement to a debt or to rental incomes, or even accumulation of returns from various sukuk (a hybrid sukuk).

The return provided to sukuk holders therefore comes in the form of profit from a sale, rental or a combination of both. Sukuk could be based on mudaraba , musharaka, murabaha, salam, istisna, ijara or hybrid of these.

In its simplest form, a bond is a contractual debt obligation whereby the issuer must repay borrowed money with interest at fixed intervals.

Sukuk issuance has proven its resilience during recent periods of turbulence in global capital markets. Sukuk issuance increased from US$ 14.9 billion in 2008 to US$ 23.3 billion in 2009, with Asia showing particular strength. Even so, the sukuk market is still a niche one, with huge potential for growth. The sukuk growth rate is currently 10-15 per cent in global financial markets

“About 85 percent of the Gulf Islamic sukuk do not comply with Sharia law,” says Sheikh Muhammad Taqi Usmani, an Islamic finance expert and head of a Bahrain-based regulatory institution that sets standards for the global industry.

In his ruling last year, Sheikh Taqi Usmani noted two flaws in current sukuk practices: the risk is not shared and reward is not shared according to the actual venture proceeds; and sukuk investors are shielded from the actual consequences of their investments.

Virtually all sukuk issued today guarantee the return of principal to the holders at maturity, in exactly the same way as conventional bonds. This is accomplished by means of a binding promise from either the issuer or the manager to repurchase the assets represented by the sukuk at the stated price at which these were originally purchased by the sukuk holders at the beginning of the process -- regardless of their true or market value at maturity.

Goldman insists its planned sukuk obeys Islamic principles and will not be used to raise money for interest-based activities. But for many investors, the U.S. investment bank is synonymous with controversy.

“A great vampire squid wrapped around the face of humanity, relentlessly jamming its blood funnel into anything that smells like money” is how Rolling Stone reporter Matt Taibbi famously described Goldman Sachs.

The investment bank was last year charged for its key role in the US financial crisis. The US Department of Justice dropped the criminal case this month for lack of evidence, but the company is embroiled in yet another scandal. Sergey Aleynikov, former Goldman Sachs computer programmer, took with him the bank's secret, rapid-fire, stock-and commodities-trading software called “Doomsday Machine” when he left the company. Goldman Sachs is now suing the 39-year old engineer and tells the US government that there is a danger that somebody who knew how to use this program could use it to manipulate markets in unfair ways (causing one to wonder how Goldman itself uses that information)

The bank's “vampire squid” reputation and its connection with greed, concealment techniques, speculation and aggressive financial engineering don't gel with the Islamic finance ethos. Islamic finance stands against earning of money through unfair trading practices and other activities. As commentators have pointed out, such associations don't augur well for the integrity of Islamic finance.

There is also a need for greater regulation and close scrutiny for sukuk issues. Considering the noble objective of Islamic finance, the market has to move away from ribawi (interest-based) elements or interest-based products in order to achieve equitable distribution among the partners. The goal of Islamic finance is not to replicate in its entirety the conventional financial system. Emphasis should be placed on innovation that encourages and favours investments and funding that adheres to Shariah principles.