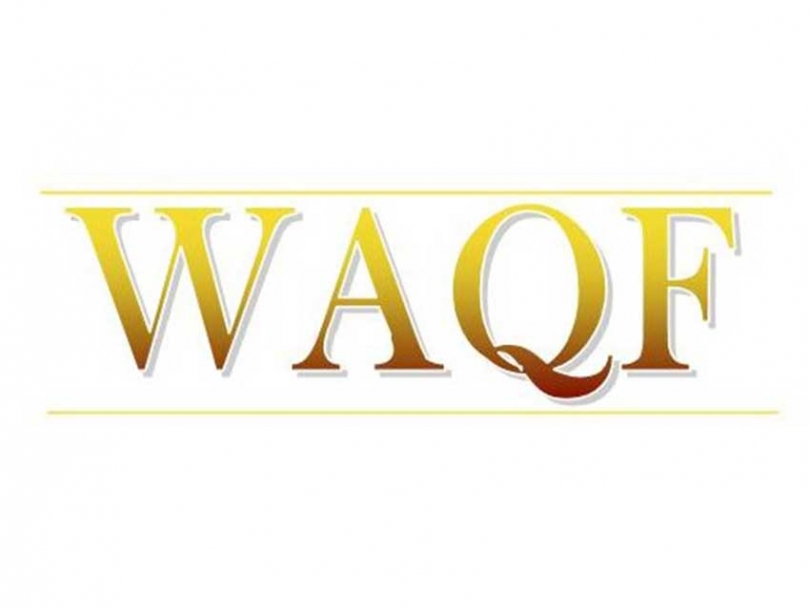 Waqf is a religious endowment in Islamic law. A donor designates something to be used solely for the benefit of the poor and needy. Photo credit: http://www.muis.gov.sg/cms/services/zakatwaqf.aspx?id=7616
25
August
2011

Islam has a rich heritage of philanthropic institutions that fostered social justice. Historically, Islamic societies developed a range of charitable institutions such as zakaat (a fixed percentage of a Muslim's wealth which must be annually donated to the poor/community)boards, awqaf (a religious endowment in Islamic law), and diverse local structures that reflect the richness of Islamic cultures. These institutions were suppressed and marginalized during the waning years of the Ottoman Empire, the Colonial Era, and the period of nationalization that followed. Traditional charitable institutions were suppressed as part of the governments' broader move against the private sector and elite families in favour of state-led development. Under this heavy-handed management, transparency and stakeholder participation disappeared.

Islamic societies have a long and rich tradition of philanthropy, which has shaped development throughout the Muslim world and given rise to a variety of institutions ”“ social, educational, and cultural, as well as religious. The oldest civil society institution, the waqf (religious endowment), combined the features of a philanthropy and social service agency. This combination is what made waqf a millennium-long success as a social institution.

A charitable waqf is essentially a charitable trust whereby a donor designates something to be used solely for the benefit of the poor and needy. A restriction is placed on it to prevent it from being sold or owned by anyone, whether an individual or a group. The Prophet, peace be upon him, first encouraged the concept of waqf when Umar (RA) asked the Prophet, “Oh Prophet of Allah, I have valuable land in Khaibar. What do you wish I do with it?” The Prophet, peace be upon him, replied, “Give its benefits to charity whilst ensuring that it can no longer be sold nor bought nor be given away.” This is the basis on which the scholars agree that the giving of a waqf is encouraged in Islam.

Throughout history, waqfs (philanthropic foundations) constituted the most important non-governmental organizations in the Islamic world. They financed and managed essential social services, such as healthcare and education, at zero cost to the state.  Author Baskan writes that the Ottoman society left the financing of health, education, and welfare entirely to the Waqf System so that the following saying does not exaggerate its central importance: “Thanks to the waqfs that flourished during the Ottoman Empire, a person would have been born into a waqf house, slept in a waqf cradle, eaten and drunk from waqf properties, read waqf books, been taught in a waqf school, received his salary from a waqf administration, and when he died, placed in a waqf coffin and buried in a waqf cemetery.”

Awqaf are commonly divided into two classes, the waqf kheyri, established for strictly charitable purposes, and the waqf ahli or family waqf, which generally provides for both charitable and familial benefits. In both cases, a document prepared by the donor describes the properties to be transferred to the waqf, how the properties are to be managed, how the revenues are to be used, and how the waqf itself is to be governed. Once the property has been transferred to a waqf, it belongs to God.

...Revival of the Waqf System is necessary for the preservation of essential human needs (religion, life, intellect, modesty, wealth). It is a viable model of cooperation in righteousness and piety that God Almighty orders us in the glorious Quran...

The most common assets transferred into a waqf were real properties, including commercial properties, housing, and agricultural land. Typically, the trusties were charged with developing the commercial properties so that income would be generated to support the social service structures, which might be mosques, hospitals, schools, or other facilities. This combination of commercial and social purposes enabled the most effective awqaf to function as a sort of self-contained urban development authority.

A modern face of waqf is the waqf fund.  Waqf donations are placed into a profitable, yet low risk investment fund. The investment funds are, of course, halal (permissible) and ethical, in accordance with the principles of Islamic law. The profits from these funds are then used to help the poor and needy.

When the institution of waqf was at its peak in Islamic society, European powers were at war with their charitable foundations. In America, the concept of foundation was unknown before the 20th century. Today, we witness the reverse as documented by Professor Murat Cizakca in his work, A History of Philanthropic Foundations. The author writes: “It is ironical that although European states have gradually abandoned their hostility towards the foundations since the beginning of the century and recently, after the failure of the welfare state, have even begun to provide support to the so-called non-profit sector, modernists in the Islamic world cling to the eighteenth century European views and continue to undermine the waqfs.”

As Islamic societies emerge from dictatorship and autocratic regimes to more democratic systems of governance, state-dominated models are beginning to give away before a revival of older, private models. Whether it is Islamic banking and finance or zakaat initiatives, across the Islamic world the late 20th and early 21st centuries have seen a re-emergence of faith-based institutions, both religious and social in orientation. This emergence of faith-based charitable institutions has been made possible by a rising freedom of action in many countries, increasing concern over social inequalities and injustice, growing attention to the role of faith in everyday life, and a drive for a more authentically indigenous approach to social problem-solving, in contrast to reliance on ineffective models perceived to be Western. However, these institutions face a variety of governance challenges that must be addressed for them to play their important role in sustaining civil society and building social justice. Business leadership, through participation in governing boards and personal or corporate philanthropy, plays a strong role in managing this transition. With their economic power, independence and management skills, businesspeople are able to run well-managed charities.

An excellent example of philanthropy within the Islamic world is the case of Indonesia. The renaissance in Islamic philanthropy is driven in part by the emergence for the first time of an Indonesian Muslim business class that has both the resources and the level of education to accept a large share of society's responsibility to assist the less-advantaged, particularly children. Much of the giving remains personal, but giving by and through corporations is taking on greater importance in Indonesia.

Muslims in North America have a real opportunity to adopt a leadership role in the effort to rebuild and renew the Islamic charitable sector. Unlike their counterparts in too many Islamic countries, Muslims in North America are free to establish Islamic charitable institutions within a permissive legal environment, institutions that are run on the principle of good governance ”“ rules-based decision-making, regular reporting on financial management, and a strong independent board.

Revival of the Waqf System is necessary for the preservation of essential human needs (religion, life, intellect, modesty, and wealth). It is a viable model of cooperation in righteousness and piety that God Almighty orders us in the glorious Quran. However, a thorough waqf reform is necessary and the condition for such a reform is knowledge, as pointed out by author Cizakca; knowledge about the evolution of this institution in the Islamic world, as well as in the West in the form of philanthropic foundations.