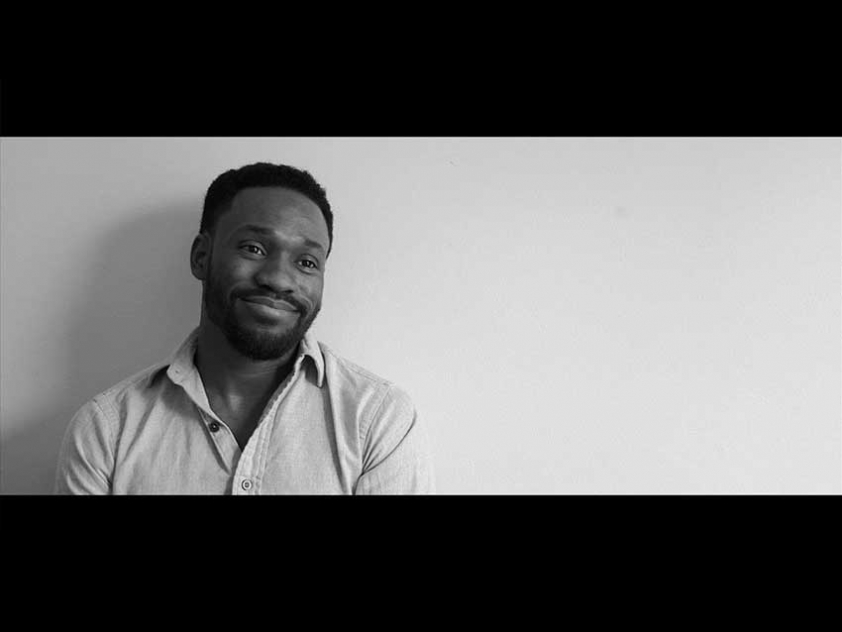 Jamaal Jackson Rogers is a Black Muslim Canadian Spoken Word poet in Ottawa. He has coached and supported several of the city’s up and coming Spoken Word poets. Muslim Link interviewed him about his personal journey as an artist.

I am of Afro-Caribbean, Afro-Canadian descent. My father is from Guyana and my mother is from Toronto with roots coming from America as slaves mixed with the native Cherokee tribe. Also on my mother’s side, my great grandfather, Albert Jackson, an escaped slave child, 134 years ago, was given permission to become Canada's first Black postman by the Senate through the petition of the Black community in Toronto. There is a lane way named after him in Toronto, there is a movement to have his image on a Canadian stamp.

I was born and raised Muslim by my parents. I was schooled early in Guyana, but completed elementary, middle, high school and college degrees here in Ottawa.

You grew up in Ottawa Community Housing. How has that experience informed your life and your poetry?

It’s a part of me that I cherish. In the “projects”, as we call it, we had to make ends meet on very little. Times were hard, and so it made me understand how to survive on minimal provisions. I have fond memories of having to do things not even my peers in the neighbourhood had to do to get by, but I appreciate the lessons it taught me. The most important of these is to always remember the less fortunate.

When did you first start getting into Spoken Word poetry?

I first got involved in 2010. It was through strong recommendation from my cousin. He brought me out to a couple open mics and encouraged me to share my work. He then introduced me to slam poetry and since then I was hooked with the idea that poetry can be performed and delivered in a manner that was as entertaining as other performance arts genres.

How do you feel you have evolved as a poet since you started out?

I feel [and] I think about aspects of art that I never thought before as a writer and performer. I used to think about writing and performing, and that was the beginning and end of being a spoken word poet or rap emcee. Now I concentrate on the purpose, the reasons and the science behind artistic expression. Before it used to be, ‘How art?’, now it is more about ‘Why art?’

You also teach and coach Spoken Word poets. Why is this important for you?

This is the most important part of my work as an artist. I do this because support is such a necessary component to helping create unity and [in] empowering people. I also believe that as an active working artist, coaching and mentoring helps build the foundation for the spoken word community to thrive and creates future opportunities for artists to find work as creators.

As a Muslim artist, you have worked and performed in spaces run by various branches of Islam. Why has this been important to you?

I have had the opportunity to work with diverse Islamic groups, mainly the Sunni, Shi’a, and on a few occasions, the Ismaili groups. I have experienced nothing but positive exchanges from all of them, and benefited from learning about the differences between these groups either culturally or religiously.

Being a Muslim that uses art as a way to communicate I believe one of my tasks is to help unite the larger Muslim community with my actions and words, this is why I refuse to segregate myself from working, teaching, or learning from one group alone. The more knowledge and experience I have from these groups, the better I can come to understand how to unite us on our commonalities rather than remain divided based on our differences.

You had the opportunity to travel to Goa. Tell us about that experience.

Truly life changing. I went to mentor young adults from all parts of India in a two week spoken word retreat. I learned so much about art, community, and the power of self-expression. I also learned plenty about myself. Personally, I needed to get away, as I was searching for answers to deep questions about myself as an artist, and if I can achieve my goals as a poet. That trip was a great reminder that life is short, so I might as well spend my time doing what I do best, creating art.

Your poem Husniyah, for your daughter, was turned into a short film. What was that experience like and what was the impetus for that poem?

The film was an opportunity presented to me by Craig Conoley, a local film maker who took interest in my poetry after seeing me perform in my first year of slamming poetry. He asked if I would allow him into my home for over a period of three months and take documentary style footage in order to create a cinepoem of a piece I had dedicated to my daughter.

It was transforming in that it provided direction in how I can continue to showcase my skills as an artist. It was a very vulnerable project for me because up until the filming of that piece I was a very private person. I had to allow Craig and the world into my home to see how I was living and existing. I really had to allow the love of the work move me to feel comfortable with an all-access view of my life. Since then I have come to accept that my life does not need to be so private and that at times, allowing people to know more about who I am personally can help others in their personal lives as well.

You recently emceed the Ottawa Police Service's First Human Rights Forum. Tell us about that experience and any concerns you first had about working with police.

That was the first time I was asked to emcee for an event for such a large organization of the public sector. I have emceed for many community based events, but when the police asked me to work with them I was apprehensive. I come from a place where collaboration with the police in any form can be seen as a threat to many of the people I grew up with. It is taken as a form of treason or betrayal. I made sure that a few of my closest friends knew of the offer and consulted [with] them for their advice. I also consulted some elders, people we call, “O.G’s”, and they gave me their interpretations of my decision to work with them.

Although I was sure I was going to take the contract, I wanted to be transparent to my friends who have prior traumatic experiences and injustices done to them by the police. This way they would see that I don’t disregard the history I have with them and the knowledge shared about how they view cooperating with police. In the end, they understood the work I was doing as important and the event left me feeling fulfilled and I hope to work more with the police and community in bridging the gaps of understanding and solidarity.

You recently organized a successful show with two US poets. What skills have you had to develop in order to be an event curator and promoter?

The event THE REVOLUTION WILL BE LIVE with Jalal Nuriddin of The Last Poets and Malik Al-Nasir of Malik & The O.G’s was the first challenge of 2016 that I was literally afraid to take on. When I was presented with the request to host an event with these two legendary poets, I did not believe I had what it takes to pull off the event in such a short time frame.

Time management, asking for help, recognizing my limitations and most important, doing away with fear, were some of the most important lessons I learned from this experience. So far I have created over ten different events in the city, and some have been successful, some not so much, but I am content with the journey so far because when I look back I can say, at least I tried.

What was your most memorable performance?

For my most memorable performance it is hard to point to one single event, but the time I stepped on stage and felt the most pressure to deliver something of value that would leave a lifetime impression on my audience would be my recent performance for the Senate of Canada in Parliament Hill. The diversity committee in the Senate contacted me and asked me to perform 15 minutes of spoken word for a Black History Month presentation. They also asked me to curate the artists for the event and leading up to showtime all I could think about was my ancestors and the legacy they have created through their survival, perseverance and sacrifice. I was also conflicted on which poems to recite, as I wanted to speak my truth while also opening the audience up to a new way of viewing Black artists. On the day of, I decided to go with four poems dealing with solidarity, white privilege, my father and my mother. While I noticed the white privilege piece made some listeners uncomfortable, I do not regret the set I chose because I felt that it would have made my ancestors proud.

Based on your own journey as a Spoken Word Artist, what advice would you give to young aspiring Spoken Word poets?

Do not let your mind convince your heart that you can’t do it. Artists operate and sense the world through their emotions. As a poet, channeling the senses so that it can be expressed with our emotions is the key to self-actualization. It is important for Spoken Word poets to be resilient in the face of their logic, because if we allow our mind to control the heart of what we feel and experience, doubt and fear will usually hold ourselves back from writing, creating, and performing the subjects that truly matter to ourselves and that give us life and purpose. My advice to aspiring poets: Never back down.