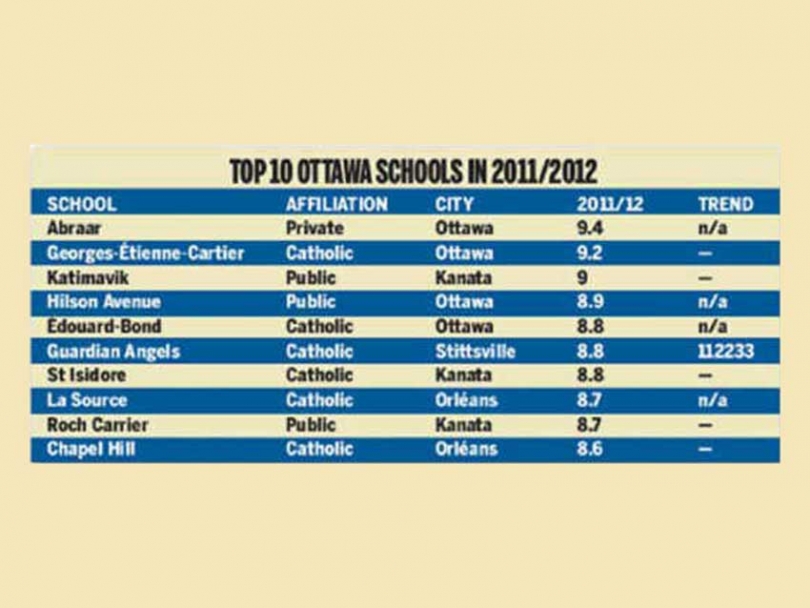 Muslim school is top in Ottawa

Abraar School has been ranked the best performing elementary school in the city.

The private Islamic school in Ottawa's west side was rated the best performing school for reading, writing and math scores by the Fraser Institute, a public policy think-tank. Abraar scored 9.4 points out 10, putting it in the top 50 schools among over 2,700 schools in Ontario. The provincial average was 6.0.

“We are very excited,” Mohammed Saleem, principal of the Abraar School, told the Ottawa Citizen.

This is the first time that Abraar -- which offers Quranic studies, Arabic and Islamic history, alongside the Ontario Ministry of Education Curriculum -- has featured at the top of the list.

According to Dr. Saleem, the school's religious and cultural environment has had a major role in its students' success.

“We have a dedicated team of teachers who really understand the students,” Dr. Saleem told the Ottawa Citizen. “They have a culturally relevant pedagogy that enables them to reach our students.”

Asma Aghliw who has been a Grade 1 teacher at Abraar since 2003, agrees. She says that her students do very well academically because of “the fact that they feel they belong here.”

Over the years the school has gone from strength to strength, gaining respect and recognition not just within the Muslim community, but also drawing the attention of the wider community. Last year, Abraar had a student population of a little over 200 students. This number has since grown to 350 pupils.

With a growing waiting list of students, Abraar is seeking to expand the school's square footage, says Dr. Saleem.  The Muslim Association of Canada (MAC), which operates Abraar, has made a bid on a property at 70 Fieldrow Street in Nepean, which used to be a Montessori school.

Dr. Saleem says that the school will add two classrooms for each current grade level and at least a Grade 9 classroom by the fall. The elementary school will be located on the new property, and the current site will become a secondary school.

Even as it expands, the school is determined to keep its top spot. Dr. Saleem says there's no room for complacency.

“As a matter of fact, (The Fraser Institute ranking) will motivate (students) to try so much harder,” he said. “They look at this ranking as a challenge, and they will have to rise up to this challenge.”

As not all of Ottawa's Muslims can afford to put their children in a private school, community engagement is needed to address the challenges facing public schools in order to ensure that all our children are getting a quality education that will prepare them for the future.