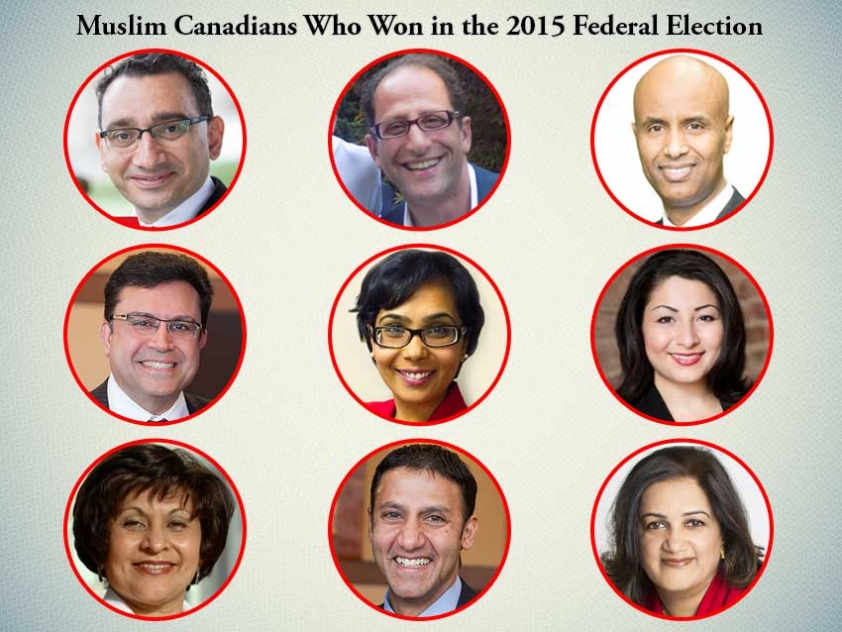 Muslim Canadians Who Won in the 2015 Federal Election

An unprecedented number of Muslim Canadians ran in the 2015 Federal Election. With the Liberal surge nationally, particularly in the Greater Toronto Area, several of them won, including Canada's first Somali Canadian MP Ahmed Hussen and Canada's first Afghan Canadian MP Maryam Monsef. The majority of Muslim Canadians who will be coming to Parliament are newcomers to politics with the exception of Omar Alghabra and Yasmin Ratansi who were previously Liberal MPs. So far, we have confirmed 11 Muslim Canadian Candidates in total, the largest number in Canadian history. 10 were elected with the Liberal Party and 1 with the Conservative Party.

Please note that this may not be a complete list. If you know of any other Muslim Canadians who won this election please contact us at This email address is being protected from spambots. You need JavaScript enabled to view it.

Interesting Facts: Aboultaif won with the Conservative Party. He is a strong advocate for live organ donation. He is a business owner and winner of the Alberta Centennial Medal and a Queen’s Diamond Jubilee Medal. Source: Aboultaif's Website

Interesting Facts: Alghabra is a mechanical engineer by trade. He is currently a Distinguished Visiting Fellow within the Faculty of Engineering and Architectural Science at Ryerson University. He served as a Liberal Member of Parliament for Mississauga—Erindale from 2006 to 2008. Source: Alghabra's Website and Facebook. 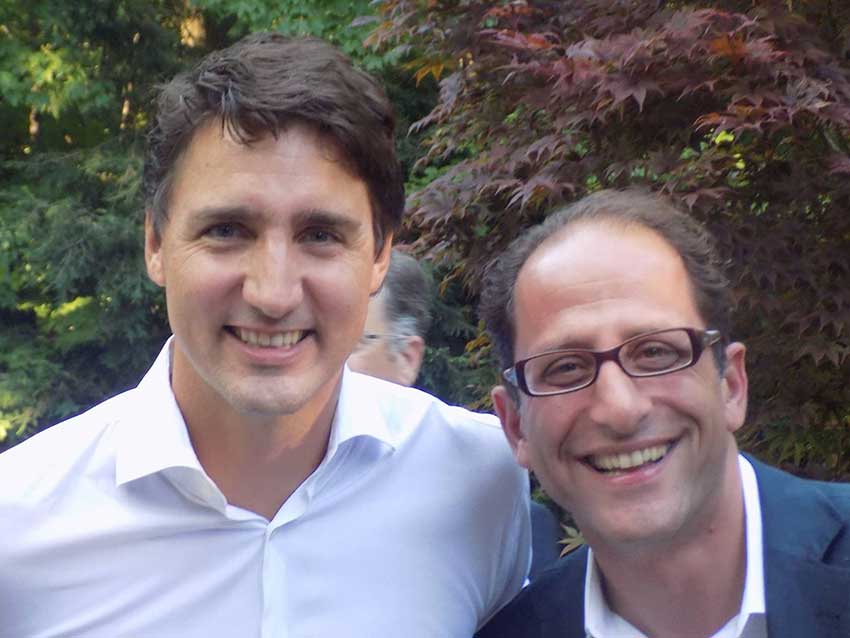 Interesting Facts: Iranian Canadian Ali Ehsassi is a lawyer by trade, having obtained his LL.B. from Osgoode Hall Law School. He worked as a bureaucrat at the Ontario Department of Economic Development and International Trade, and later at the Department of Foreign Affairs and International Trade in Ottawa. He’s also practiced law at firms in Toronto and Washington, D.C. Source: Ehsassi's Website 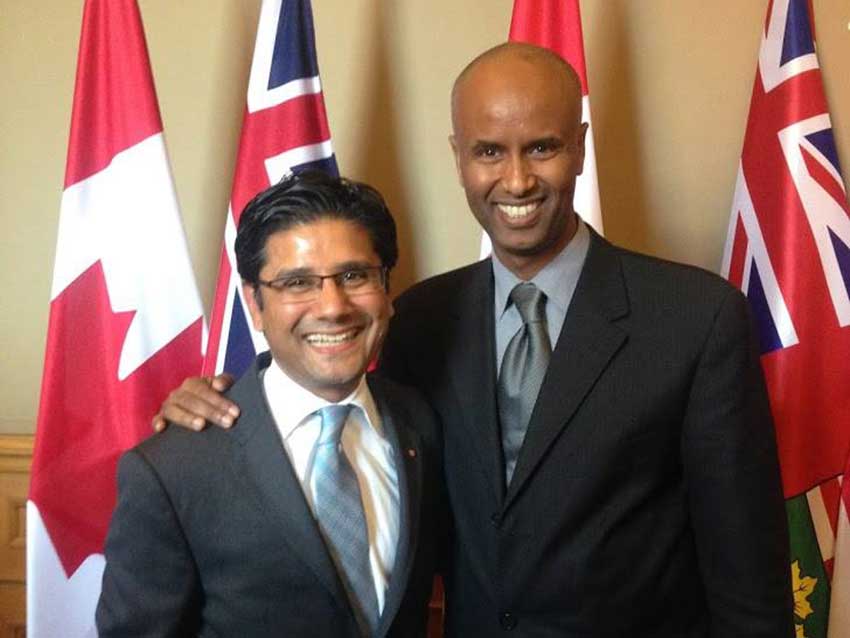 Interesting Facts: Somali Canadian Ahmed Hussen has a Law Degree from the University of Ottawa. He co-founded the Regent Park Community Council and was able to secure the $500 million revitalization project of Regent Park. Ahmed currently serves as the National President of the Canadian Somali Congress. Source: Hussen's Website and Facebook 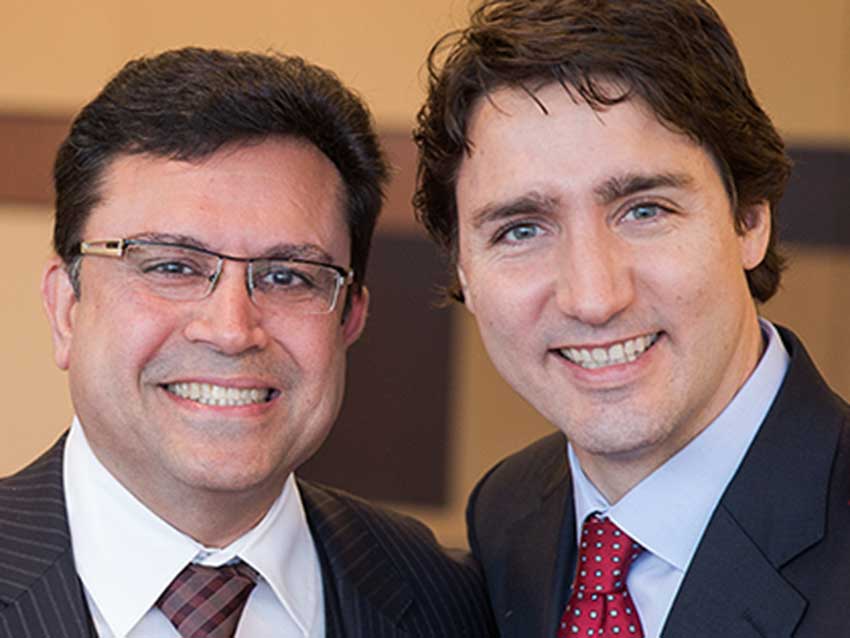 Interesting Facts: Iranian Canadian Majid Jowhari is the owner and CEO of his own boutique consulting firm, Iridium Management Consulting Group Incorporated.He has an M.B.A. from York University’s Schulich School of Business. He serves as a member in the Richmond Hill Chamber of Commerce, The Heart and Stroke Foundation of Ontario, the Iranian Canadian Network and the Iranian Canadian Congress. Source: Jowhari’s Website and Facebook 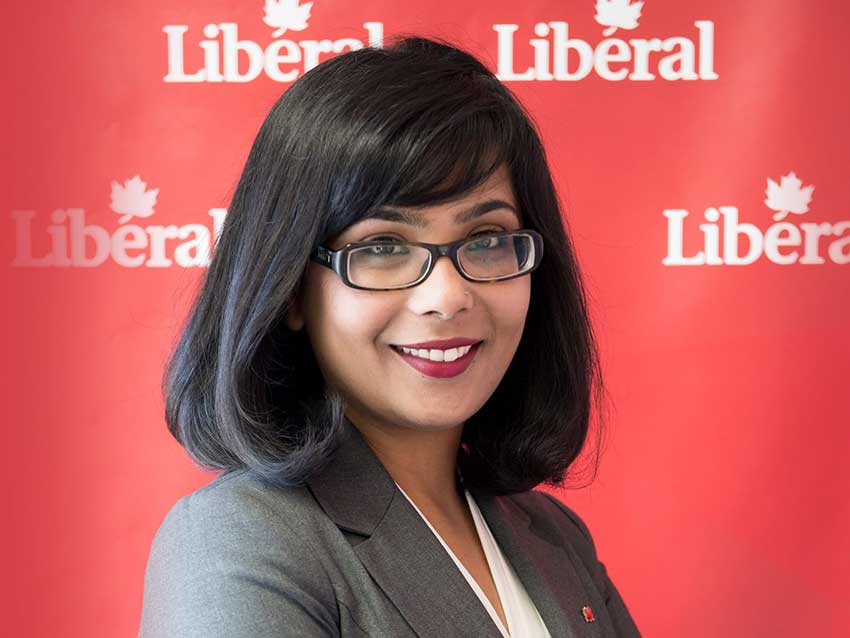 Interesting Facts: Pakistani Canadian Iqra Khalid graduated from York University in 2007, with a double major in Criminology and Professional Writing. She later obtained her Juris Doctor and is now working as a legal professional with the City of Mississauga. She was the Communications Coordinator for the Council for the Advancement of Muslim Professionals. Source: Khalid’s Website and Facebook 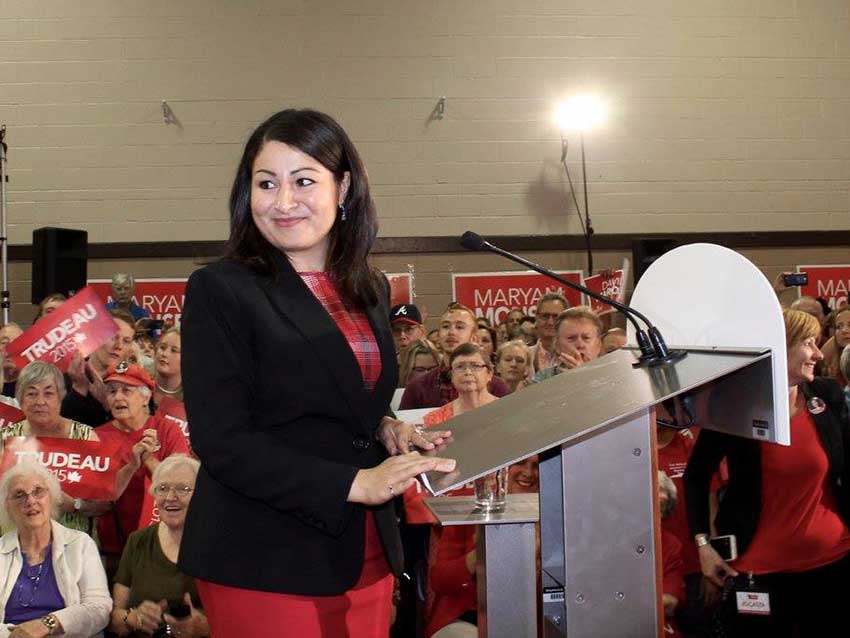 Interesting Facts: Afghan Canadian Maryam Monsef co-founded the Red Pashmina Campaign which raised over $150,000 for women and girls in Afghanistan. She is the co-recipient of the Peterbourgh YMCA's Peace Medallion. Monsef's Website 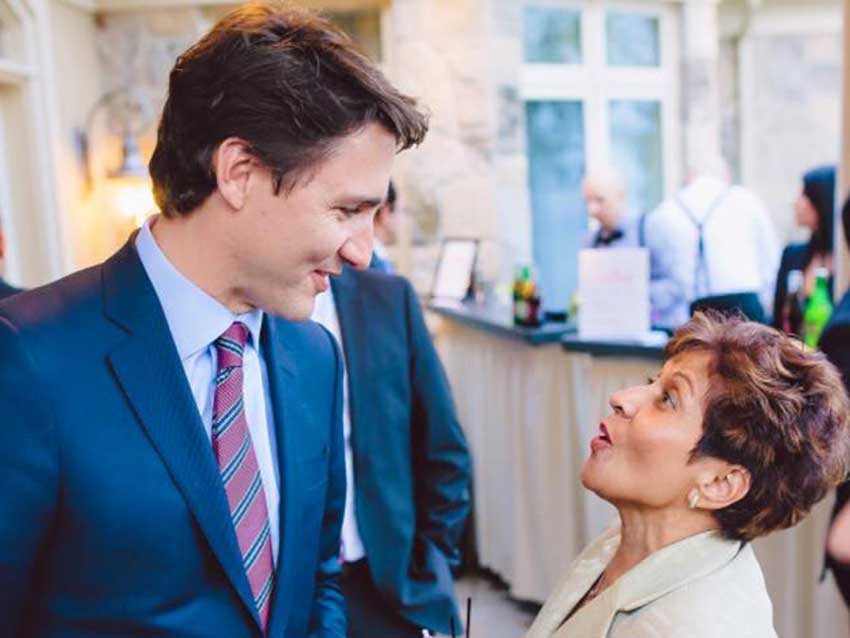 Interesting Facts: Yasmin Ratansi represented the riding of Don Valley East as a Member of Parliament from 2004 to 2011. As Deputy Whip of the Liberal Caucus, she exhibited extensive leadership skills among her fellow MPs and proved herself as an excellent negotiator. Source: Ratansi’s Website and Facebook 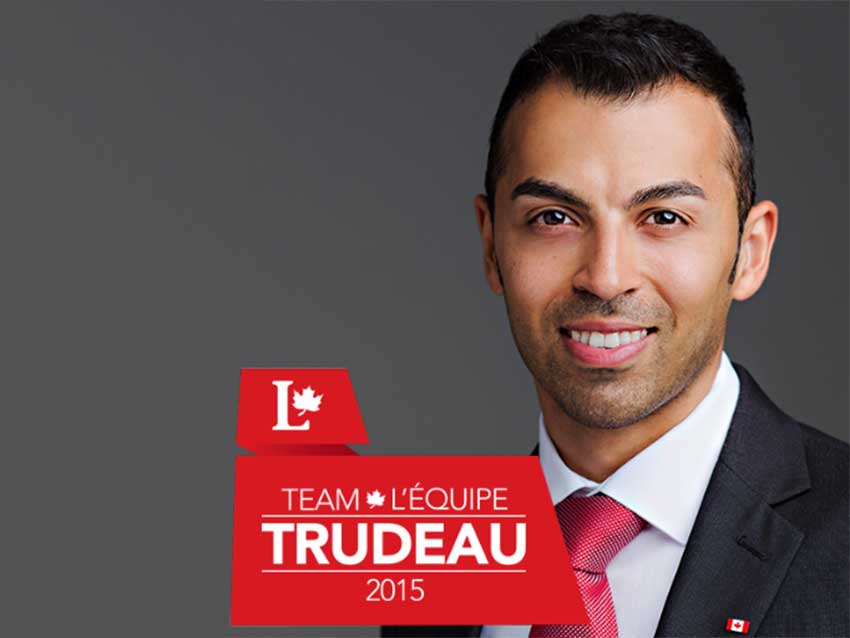 Interesting Facts: Lebanese Canadian Marwan Tabbara is Lebanese Canadian graduate in political science from the University of Guelph. Tabbara faced some controversy during his election campaign because of comments related to Canada's foreign policy in Afghanistan and the Middle East. Tabbara's Website 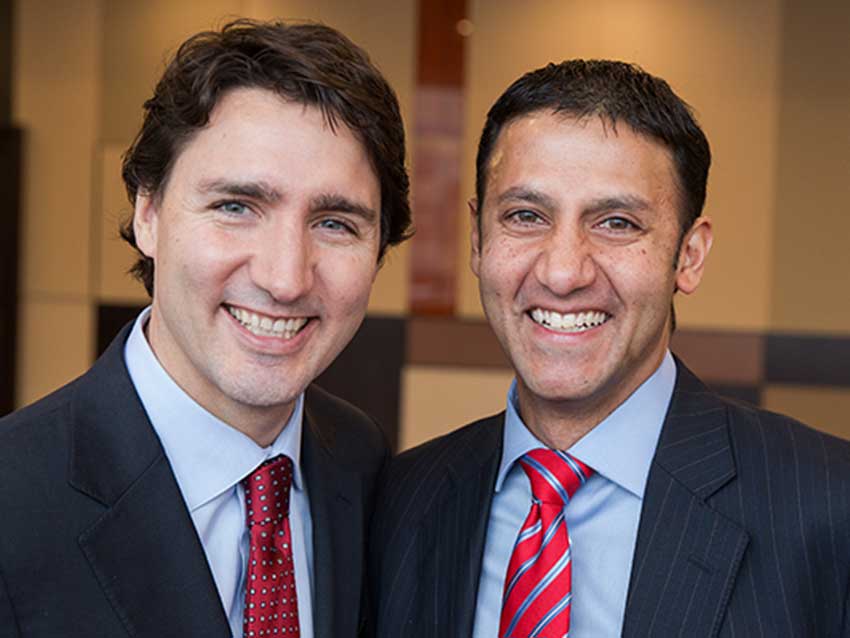 Interesting Facts: Arif Virani has an Honours B.A. in History and Political Science from McGill University, and completed his LL.B at the University of Toronto. He has worked as an Analyst with the Canadian Human Rights Commission in Ottawa; an Investigator at la Commission des droits de la personne et droits de la jeunesse in Montreal; and as an Assistant Trial Attorney prosecuting genocide at the United Nation’s International Criminal Tribunal for Rwanda. Source: Virani’s Website and Facebook 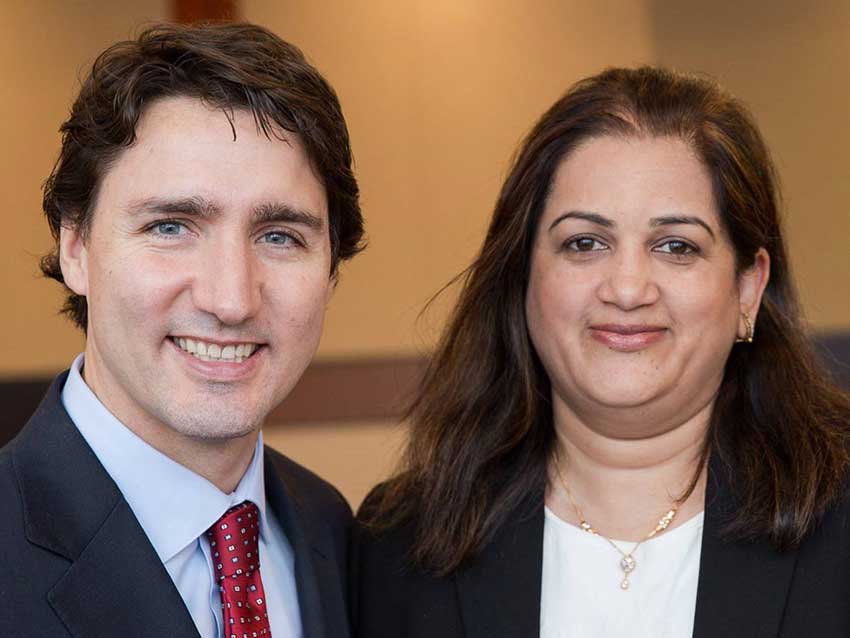 Interesting Facts: Pakistani Canadian Salma Zahid currently works as a senior advisor for the Ontario government in the office of the Minister of Citizenship, Immigration and International Trade. She is a recipient of the Queen’s Diamond Jubilee Medal. Source: Zahid's Website and Facebook