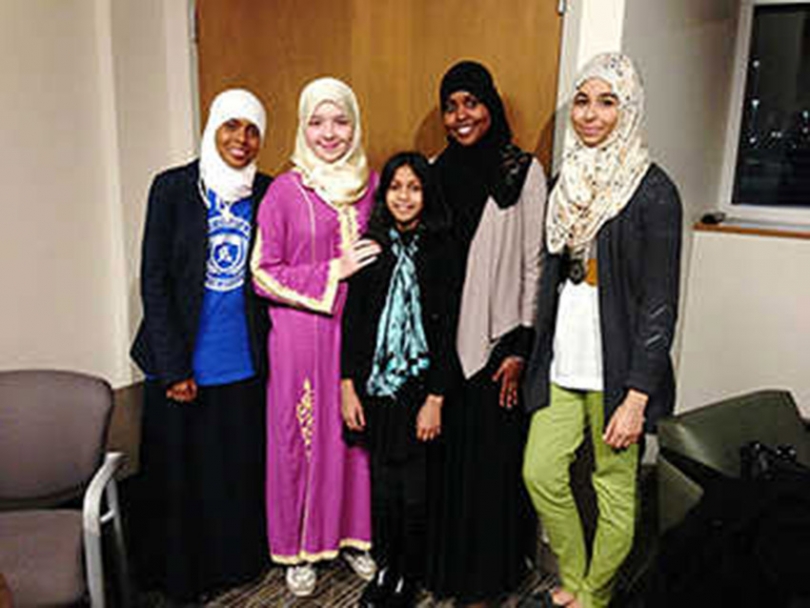 The Centrepointe Studio Theatre boomed with laugher, applause, and appreciative snapping on the evening of November 9th,  as Muslim performers, including poets, comedians, and singers, entertained an audience of over 200 people at “Hope Eternal,” the 6th annual show organized by Expressions of Muslim Women (EMW).

The diverse performances at this year's event had one thing in common”” they were connected by a prevailing theme of hope. “Lately, Muslims have been getting a lot of negative media attention around the world,” said Krystal Cain-Gebara, one of the organizers of the show.

“We don't want people to despair over that,” she added, “so we thought that ”˜hope' would be a great theme to go with.”

Each year, EMW members Krystal Cain-Gebara, Diane Dupuis, Khadija Haffajee, Rifat Hanif-Riaz, Ubah Hersi, and Audrey Saparno work together to arrange the annual show. The whole idea behind organizing these events is to create a safe place for women to showcase their diversity and creativity,” explained Ubah Hersi.

Just prior to 7 p. m., an audience of Muslims and non-Muslims gathered in a crowded lobby outside the auditorium. They circled the tables that lined the perimeter of the room to view art exhibits and speak to the artists. Among these artists was Sarah-Mecca Abdourahman, 14, displaying her artwork for the first time at an EMW event. “I usually come to watch the performances but this year, with the convincing of my mom, I decided to display some of my own art,” she shared.

Waiting for show time, performers of different ages rehearsed their pieces in a dressing room backstage and explained why they chose to perform at “Hope Eternal.”

The youngest performer, eleven-year-old Nuha Yousuf, prepared to sing a nasheed in Classical Arabic with her mother, Hana Ahmad Yousef. “This is the first time Nuha and I perform in public, and I don't think we could have chosen a better, more supportive venue to do it,” said Ms. Ahmad-Yousuf. “I've performed at this event before,” she added, “and from my experience, there is no audience more supportive than the one we'll perform for here.”

On the opposite side of the dressing room, Leila Sieg, reviewed a copy of the poem she had written to perform. “I wrote a German poem about my life for this event,” said Sieg. “I want to inspire people. As a single mom it wasn't easy for me to come to this country, but I did not lose my faith when I came,” she explained, “That's what I want to show people through my poem. That we should just trust in Allah (SWT) because there is always hope for change.”

New and returning artists performed monologues, poems, and songs. This year's show also featured a type of performance that was new to the EMW stage: standup comedy. The crowd roared with laughter as Shelina Merani poked fun at stereotypes frequently linked with Muslim women. “I've always felt like I was funny and I've wanted to do stand-up comedy for a while,” admitted Merani, “but until today, I've never really had an avenue to do that.” {sidebar id=47}

The audience's reaction was overwhelmingly positive.

“It's so interesting and exciting to see what all these women have to offer,” said Jessica Raymond. Another member of the audience,  Samira Ayad, expressed her appreciation of the diversity of the performers. “Mashallah, there are so many women here from all walks of life and different backgrounds,” she said. “This event is such a great way for me to learn about these women and what each one of us can offer to society.

As the event came to a close, organizers commented on the evolution of the EMW's annual show. “In six years, we've come such a long way in terms of the show itself, and also in terms of the diversity of the participants and the audience,” said Ms. Haffajee. “I'm very happy to see the progress we've made,” she added, with a smile.