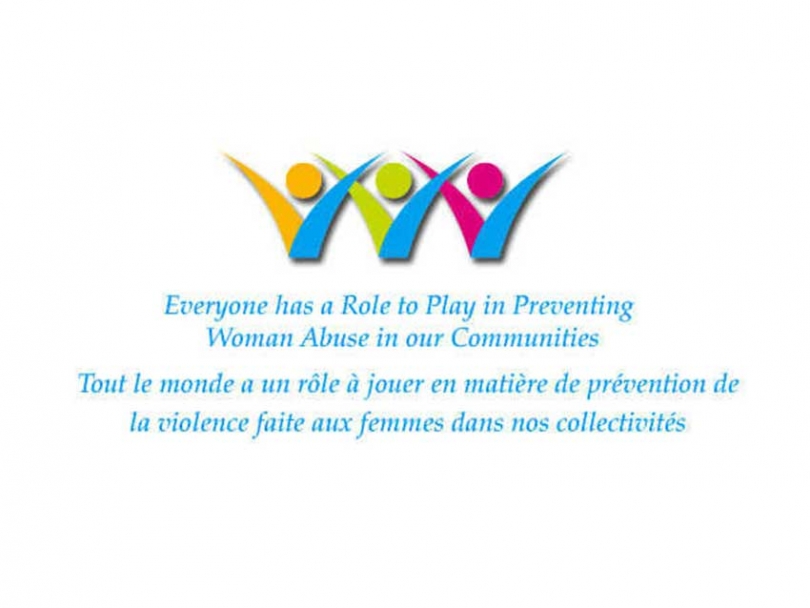 Logo is a representative of the Neighbours, Friends and Families (NFF) project, a public education campaign to raise awareness of and prevent the abuse of women.
25
Aug
2011

Community members collaborate in a campaign to end violence against women

Muslim Link was given the opportunity to interview Sister Shawana Shah, who answered a few questions about the Neighbours, Friends and Family Muslim Project, a campaign that is rapidly gaining support, both on Facebook and throughout the Ottawa community.

What is the NFF project and how does it work exactly?

The Neighbours, Friends and Families (NFF) project is a public education campaign to raise awareness of the signs of women abuse so that those close to an at-risk women or an abusive man can help. Over the past four years, the NFF projects, implemented by Immigrant Women Services Ottawa (IWSO), were funded by the Ontario Ministry of the Attorney General and Crime Prevention Ottawa ”“ City of Ottawa. For the next two years, this project, which is funded by the Ontario Women's Directorate, will be implemented by IWSO in partnership with Interval House, a local women's shelter, the Ottawa Muslim Women's Organization (OMWO), the Canadian Council of Muslim Women (CCMW), and the Somali Centre for Family Services (SCFS).

”the intended audience for this [campaign]”has been the Muslim community because, while it is one faith, it is also religiously, culturally and ethnically diverse.  Furthermore, according to the North American council of Muslim Women, domestic violence against women and children occurs in about 10% of the population...

The goal of the IWSO project is to educate the general Muslim community by providing them with information and developing strategies to help prevent the abuse of women, recognize warning signs and risk factors that can lead to abuse and/or violence against women (VAW) and support women and other members of the community who are affected by the abuse of women such as the children and families of victims. To do this, the project will incorporate different awareness-raising and educational activities which we will be executing in the next few months.

You mentioned that the pilot project successfully reached out to 200 women. Has there been any feedback/is there anecdotal (or other) evidence to show exactly how the training benefited these women?

During the pilot phase of the project which was funded by Crime Prevention Ottawa ”“ City of Ottawa, as I understand (I was not a part of the pilot project), about 30 men and women from diverse cultural backgrounds were trained to conduct NFF presentations within Ottawa's Muslim community. A total of nine focus groups and presentations were held over a few months, reaching about 200 females and 70 males from the ages of 15-80. Those who took part in the focus groups were provided with information and equipped with the tools necessary to help recognize signs of abuse and make well informed decisions for themselves and their children. Whether or not they needed to use these skills, tools, or resources, I do not know, but they have better knowledge of what to do and the help available for people experiencing abuse. As for the previously trained champions, some continued to conduct their own focus groups within their respective communities. Also, the project was able to reach out to local imams (Muslim clergymen) and gain their support. We hope to build on these relationships further in this current project.

Why does your project target the Muslim community?

Good question! The NFF campaign has been running successfully for several years in the mainstream and Aboriginal communities in the province but has not made inroads in immigrant, culturally-diverse, or faith-based communities. As such, the intended audience for this, as well as the pilot NFF project, has been the Muslim community because, while it is one faith, it is also religiously, culturally and ethnically diverse.  Furthermore, according to the North American council of Muslim Women, domestic violence against women and children occurs in about 10% of the population of Muslims. While we currently do not have similar statistics in Canada, through our work (IWSO and its partners), we know that many women from these ethnic/linguistic/religious communities are at risk for violence in their homes. IWSO has been working with immigrant women for the past 23 years and serves approximately 2300 women annually and over 800 children of various backgrounds. They have been able to identify several issues and the need for collaborative efforts to address these issues proactively, this project being one example. Moreover, they have heard about the experiences of women leaders from the Muslim community who want to make sure their community is well-informed about the issue of VAW.

Is domestic violence more prevalent among Muslims? What are the figures for Ottawa (if you have any)?

Research states that domestic violence stretches across all ethnic, racial, religious, and socio-economic groups in society. Unfortunately I do not have figures for the prevalence of domestic violence in Ottawa.

What lessons, if any, did you/IWSO learn from the pilot project?

As previously mentioned, I was not involved with the pilot project so I am not sure how well suited I would be to answer this question. According to the final report however, three things that stood out to me were that the project needs to move beyond the outreach stage to reach their goal of prevention, education, and capacity building within the Muslim community to address the issue of VAW. Also, it was realized that the project needs to not only reach but increase the involvement of the number of male community members. Much like any other issue, domestic abuse/VAW is a community problem and requires a community response. So it is important for the whole community (men and women of all ages) to get involved. Lastly, working together and in partnership with other organizations interested or already addressing the issue is also key to a successful campaign.

What unique concerns do you/the project face when reaching out to Muslims?

I may have answered this a little in some of the other questions. Some of the unique concerns probably include trying to reach out to the different communities within the larger Muslim community. That is, reaching out to different religious sects (Sunni, Shia, Ahmadiyyah, etc.) as well as the different ethnic and linguistic communities that make up the Muslim community. Also, reaching out to the different age groups and getting more male community members involved with and in addressing VAW. Lastly, I think just creating an awareness of the issue, educating and addressing the concerns within the community at a public, social, and religious level will be challenging.

Please tell us a little about your background and how and why you came to be involved with the Immigrant Women Services Ottawa.

My educational background is in Psychology and Counselling. I became interested in human behaviour in high school and have since then pursued my interest by completing an undergraduate degree in Psychology and Sociology, and two Master's degrees, one in Educational Psychology and another in Counselling. I have been involved with and have worked in the mental health field for over 10 years in varying capacities. Over the years, especially during my undergraduate days, I was very involved with the Muslim community through volunteer work. Moreover, working with the Muslim community as a service provider has been and continues to be one of my many long term goals and interests.  As for my involvement with this project, having been born and raised in Ottawa, it was natural for me to want to work for and with my own community again. Given my background, I think any social issue is important and needs to be discussed, supported, and addressed, be it mental health, addictions, or abuse.  Also, being both Muslim and a woman, the concerns being addressed by this project are pertinent and important to me. But I would really have to thank a friend of mine who forwarded me an email regarding this opportunity, as well as IWSO for giving me the chance to be a part of this project.

This is just the beginning for me. I, as well as the partners involved, are anticipating the success of this project. But none of that can be accomplished without the support of our community. So, I am hoping that the Muslim community steps up and takes an active role in this campaign and a stand against women abuse. Currently we are in a project promotional phase, and are planning a Project Launch near the end of September, early October. So stay tuned!

For the Facebook users out there, please join the Neighbours, Friends & Families (Muslim) Project group and show your support! My current motto: If you're Muslim, you should be on it!

Also, if anybody would like more information or be involved with the campaign on a volunteer basis please contact me at This email address is being protected from spambots. You need JavaScript enabled to view it. or (613) 784-0064.

More articles on how to combat and respond to abuse against women, brought to you by IWSO, will be available in the next issue of Muslim Link.