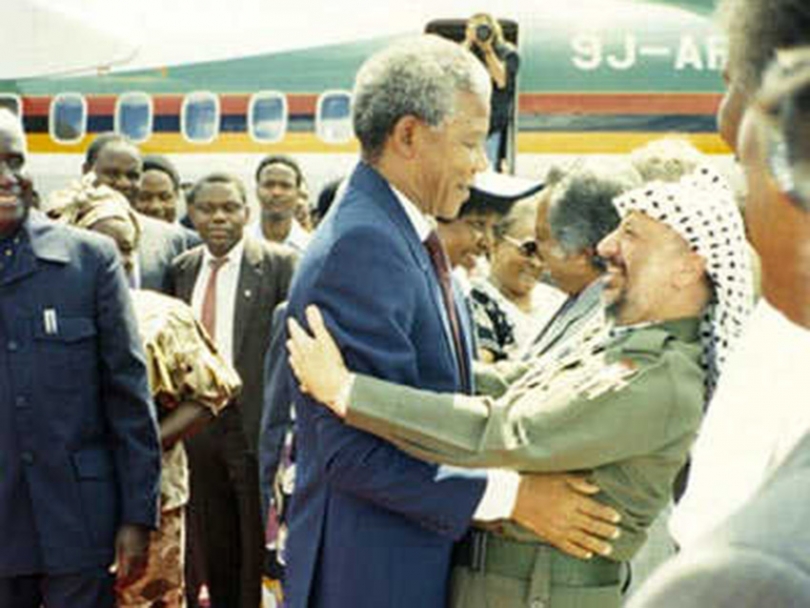 It was a fitting tribute to a fallen honorary Canadian, Nobel Laureate, and highly distinguished statesman.

In life and in death, he inspired the South African people, other African nations, and multitudes across the world.

Madiba, as he is fondly called, defied personal and national oppression, racism, injustice, and unfair incarceration at the cost of being isolated from wife and children. He was refused a pass to attend his own mother's funeral. He was refused access to any news. Yet, his iron will did not break. Through it all, he never gave up hope in his fight for freedom, justice, equality, and human rights.

It is now common knowledge that many Canadians, including former Prime Minister Brian Mulroney, Joe Clark in his term as Foreign Minister, and others like MP Irwin Cotler participated in the successful anti-apartheid campaign that led to the release of Mandela from his nearly 30-year imprisonment.

In recent comments on CBC, Mulroney revealed how during the Commonwealth Conference of the time, he personally took a strong stand against Thatcher and Reagan in his support for sanctions on South Africa and opposition to the apartheid regime. Both Thatcher and Reagan were against imposing sanctions and considered Mandela a communist and a terrorist.

Mandela died on Thursday. The next day, Friday, was the Muslim weekly congregational prayer. At the Ottawa Mosque, in his Friday sermon, Imam Samy Metwally paid a moving tribute to Mandela's exemplary life. He addressed the theme of forgiveness, within the family, friendship, and community, saying the one who forgives dignifies him or herself.

And that's what Mandela did.

He cited Mandela's magnanimity in rising above hatred, contempt, racism, and long imprisonment to forgive his oppressors.

Mandela's acts of forgiveness, of course, added to his renown from the time when he was still president when he invited one of his prison guards to attend his inauguration, offering him a front seat.

In 1995, Mandela was pictured sitting side by side at a press conference with former South African President Pick Botha; and, extraordinarily, it's reported, he invited the judge who prosecuted him to tea.

Imam Metwally reminded his listeners that there are historical Islamic precedents in showing magnanimity, forgiveness, and building unity that were set by Prophet Muhammad (pbuh).

The Prophet was harassed. His mission was denounced.  He faced assassination attempts in Makkah, until he was forced into exile under extremely harsh conditions, to Madinah. Battles were waged against him, his companions, and followers.

But when he returned to Makkah, instead of retaliating with a revenge attack against the city and its people, as they expected him to do, he marched into the city in peace. He offered all Makkans amnesty, forgave them, and did not confiscate their property. He united the various Makkan families and tribes.

Mandela's struggle against racism, his stand for justice, equality, and unity can be viewed to harmonize with the Prophet's last sermon before leaving Makkah.

In it, he exhorted Muslims to rise above race, saying the Arab was not superior to a non-Arab; a White person was not superior to Black person nor was a Black person superior to a White person, except in piety; Muslims should not inflict inequality on one another; they are to conform to the spirit of brotherhood, i.e. be united; he waived past grievances, enjoined gender equality, and advised men to be kind to women as partners, and to follow and practice the creed.

Many have claimed Mandela, in life, and in passing; monarchs, princes and princess, political leaders, celebrities---movie stars, singers, sports icons---countries, and organizations.

Muslims can hold their heads high in claiming him too.  One of our own was a comrade in arms with him, sharing prison life with Mandela at the Robben Island and Polsmoor prisons. A South African Muslim political activist of Indian origin, Ahmed Kathrada was an ANC member who went on to become and MP and then Chair of the Robben Island Museum Council after his release from prison.

So, Canada and Canadians continue to honour Mandela.

Zulf M Khalfan is a writer based in Nepean. He is a former editor of Islamic Horizons, OMA Newsletter, co-editor of the former Canadian Muslims, a contributor to Arabia: The Islamic World Review. Previous to that he was Asst Editor, Voice of Uganda and Editor of Uganda News Agency. He has worked as a journalist in Uganda, Kenya, Sudan, Canada, and Indiana, U.S