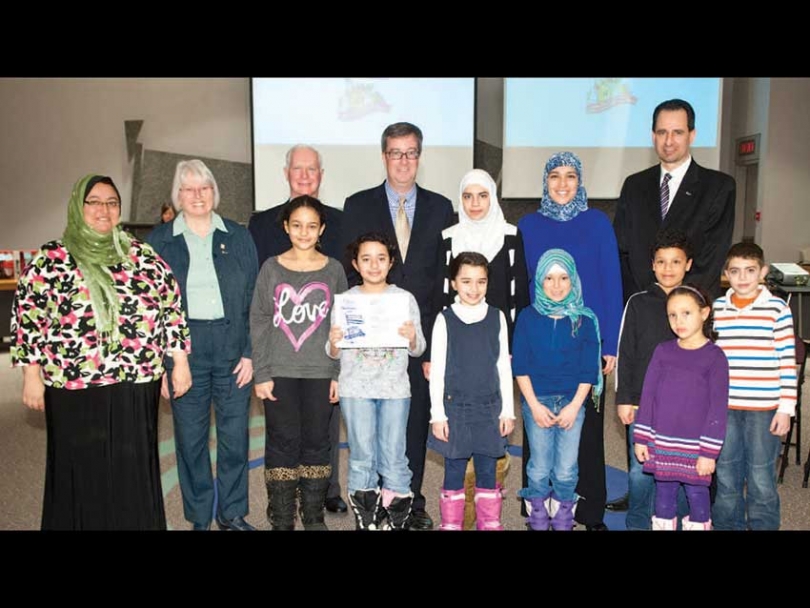 Muslim environmentalists have it twice as bad

As if racial and religious profiling wasn't enough of a problem for Muslims, now with the release of the federal government's new counter-terrorism strategy which lists environmental groups as threats, Muslim environmentalists have it tough.

The newly published document from Public Safety Canada lists environmentalists under “issue-based domestic extremists” who could pose a threat to Canadians.

The genuinely frightening aspect of this document is the language and context that is used. The Building Resilience against Terrorism: Canada's Counter-Terrorism Strategy document points out that local threats “tend to be based on grievances ”” real or perceived ”” revolving around the promotion of various causes as animal rights, white supremacy, environmentalism and anti-capitalism.”

The document further goes on to suggest that a “violent, terrorist strategy” may be perpetrated, by “groups ”” or even a lone individual.”

This document was released by none other than Vic Toews, Canada's Minister of Public Safety; the man who clumps pedophiles and human rights activists in the same group. His attempt to pass a policy that invades people's online privacy by smearing those opposed to the bill as supporters of pedophiles may simply have been a test of peoples' naÃ¯veté in the face of what is to come.

It would not surprise me if new policies were presented in the near future that provide special measures for handling of certain “issue-based extremist group”, including, but not limited to, those mentioned above.

Nor would it surprise me to see the sound-minded, free-thinking, human-rights supporting segment of Canadian society being labeled as terrorist backers for opposing such a thing.

However, what I believe is of greater concern is that the average Canadian does not visibly appear as a staunch supporter of the environment, or else environmentalists would not so easily be classified as a ”fringe” group.

Yes, we may recycle and tell our kids to turn off the lights when leaving a room, but we don't identify as environmentalists. And why is this?

Don't we care for our environment? We do realize our responsibility towards this earth as representatives of the Creator, don't we? We do realize that many of the resources we have on this planet are finite and that we mustn't squander them. We know that we should be doing good whether it is economically viable or not. We most certainly want to ensure that this land is habitable and able to sustain our children and future generations. We are intelligent, contributing members to a society that relies heavily on Mother Earth and want it to prosper. So, we are, in essence, all environmentalist, and as Muslims in particular more so.

This, now, is our challenge. The powers that be are trying to make enemies of the very people who are trying to preserve this land. In fact, the federal government has set its sights squarely on funding of environmental groups. We mustn't allow such things to go unchallenged and worse yet, unnoticed.

Before I end, it is important that I make a correction to the title of this article. There are no Muslim environmentalists; only Muslims. One of the reasons we were placed on earth was to serve as sustainable managers of this bountiful planet. Let's fulfill that role.

Omar Mahfoudhi, affectionately called “Green Kufi” by friends and colleagues, has a Bachelor's degree in Environmental Sciences from the University of Ottawa.