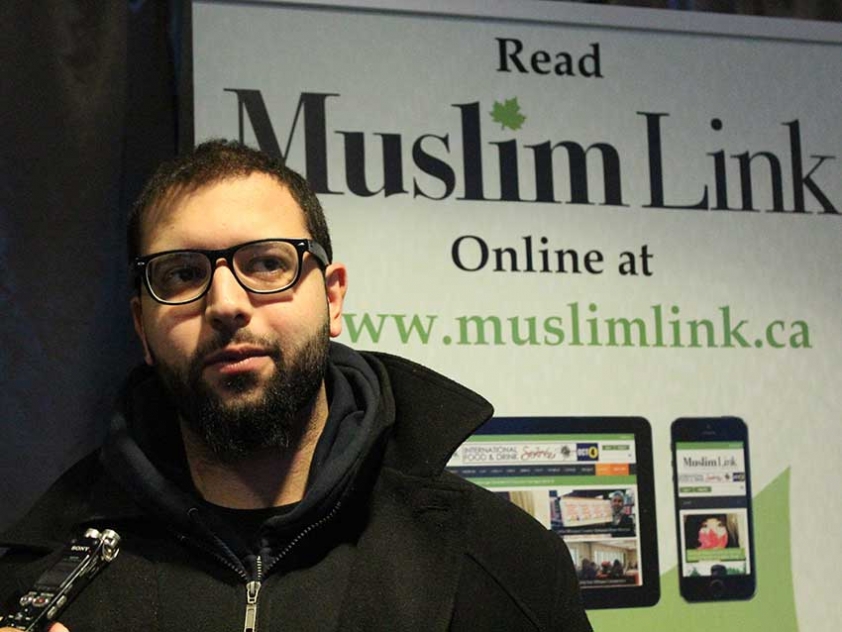 What Does Community Mean To You? Amr Daouk

Muslim Link attended this year’s I.LEAD Conference and asked participants to reflect on what community means to them. Here is a response from Arab Canadian Amr Daouk, a graduate student in mechanical engineering, who recently co-coordinated Islam Awareness Week at Carleton University.

I’m heavily involved in the Muslim Students' Association at Carleton University. This year I was the coordinator of their Islam Awareness Week.

Unfortunately with Muslims, I don’t know why, but we have a tendency to judge a lot of people. And that creates gaps between different people, different groups, based on judgements. That causes distress in the community. So people are just talking about each other behind their backs and that causes a lot of problems. In Islam, you are supposed to give 70 excuses for your brother, that’s the epitome of conflict resolution. That’s what I believe, if you have a conflict with someone, just resolve it right away, don’t let it fester in your head to grow into something as big as hatred.

A Muslim Canadian is a special kind of Muslim. They have opportunities to do things in the community that they wouldn’t be able to do anywhere else. I’ve learned a lot from volunteering in the Muslim community that will also benefit me in my engineering career. When you are volunteering with people every day, conflict is bound to happen so you learn how to resolve it, you learn how to lead a team; you are meeting new people, seeing people with different personalities and learning how to work with them.