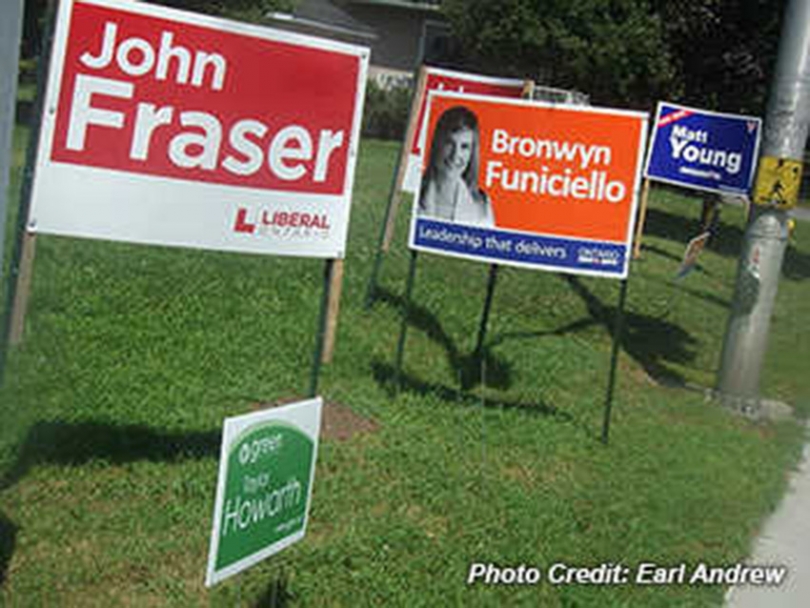 The Muslim Vote and the Ottawa-South by-election

On Thursday, August 1st, residents of the provincial riding of Ottawa-South will be going to the polls. The riding has been held by former Ontario Premier Dalton McGuinty since 1990. Ottawa-South is known for its deeply-rooted Liberal patriotism but since the resignation of Dalton McGuinty; there is speculation that the riding could be changing its colour from Liberal Red to Progressive Conservative Blue.

Considering that Ottawa-South has the highest concentration of Muslims in the city, Muslim Link decided to interview candidates Bronwyn Funiciello with the New Democratic Party (NDP), Matt Young with the Progressive Conservative Party (PC), and John Fraser with the Liberal Party to see how they plan to address issues which Muslims in the riding we interviewed identified as priorities.

Ottawa-South is known for its stark mix of high-income and low-income families. The riding has one of the highest concentrations of subsidized and non-profit housing in the city including the neighbourhoods of Heatherington and Ledbury-Banff. But it also is home to some of the city's most affluent neighborhoods such as Blossom Park and Pleasant Park.

The impact of the “Muslim Vote” in Ottawa-South was cause for much speculation during the 2004 federal election. In a February 2004 Ottawa Citizen article entitled “City Muslims awaken to emerging power”, it was reported that Muslims are the second largest voting bloc in the city. Monia Mazigh, who had gained national admiration from Muslims and non-Muslims alike for her fight to save her husband from imprisonment in Syria, ran as the NDP candidate in Ottawa-South in the 2004 federal election.Somali-Canadian Wali Farah ran as the NDP candidate in the 2011 provincial election bringing in the party's best showing since 1995.

No Muslims are running in this by-election but all parties are vying for the “Muslim Vote”. And what better time to do outreach to Muslims than during Ramadan? Community iftars (communal gatherings to break the Ramadan fast) have provided ample opportunity for candidates to speak with Muslims in the riding. And candidates are finding that Muslims have quite a lot to say.

Frustrations with tuition fees, health care, hydro costs, and lack of gainful employment topped the list of provincial issues which Muslim residents of Ottawa-South Muslim Link interviewed wanted to see Ottawa-South's new elected representative address. Ahmed Nasser is the former manager of Shawarma Al-Baba - a Lebanese restaurant located at the corner of St. Laurent Blvd and Walkley Road which is now closed. Mr. Nasser spoke in a heightened and dissatisfied tone of excessively high hydro bills. “If you are not generating enough money it [cost of hydro] will definitely affect the business,” he said. {sidebar id=13}

Rihan Kanso, a graduate from the University of Ottawa noted disappointment with the Liberals. “They have peaked tuition, made it impossible for me to pay off my OSAP,” she said. Ms. Kanso, who has an Honors degree in Biomedical Science, also expressed frustration with finding a job within her field.

Hawa Mohamed, the founder of the Canadian Somali Mothers' Association, agrees that youth unemployment is a top priority for her as well. ``We need to make a change. We need to speak out and advocate for youth employment," Ms. Mohamed said. Ms. Mohamed is also quick to point out that politicians need to be held accountable for the promises they make during election time. "We don`t want them coming to us to get our votes promising they are going to do this and this and later on nothing happens. We have to make sure that we follow up with them after they are elected. We have to make sure that they really do what they say they are going to do.  They have to know that if they don't do good this time, they are not going to get my vote next time," Ms. Mohamed stated. Ms. Mohamed has a lot of experience with following up with politicians after they are elected. Her organization`s advocacy on issues such as conditions for Muslims in the Ottawa-Carleton Detention Centre led to the creation of a Muslim Prisoner Liaison position funded by the Ontario Ministry of Community Safety and Correctional Services.

But other riding residents Muslim Link spoke to didn't seem particularly interested in the upcoming by-election. “I don't follow provincial politics; I am more interested in federal and international politics,” stated Ottawa-South resident Asif Rehman. He's not alone. The last Ontario provincial election had the lowest voter turnout in Ontario's history with only 49.2% of eligible voters going to the polls.

Ms. Mohamed disagrees with this attitude. "Municipal and Provincial issues are important because they are the closest to us. I can find the politicians right here if I need to speak to them. If I can try to do good here first than I can think about trying to do good overseas," she said. 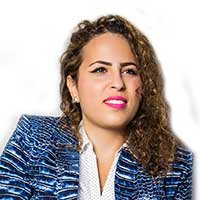