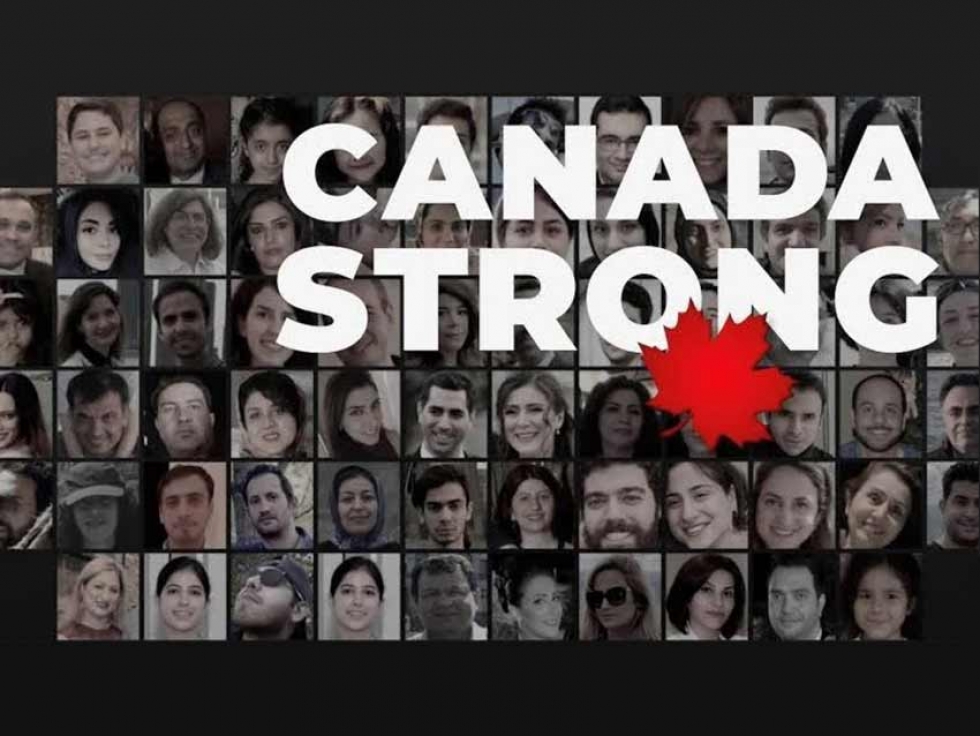 Remembering the Victims of Flight PS752 and Supporting their Families

Efforts are currently underway to support the families of the 57 Canadian victims of the crash of Flight PS752 in Iran on January 8th, 2020.

The Canadian government is promising to match donations made to the Toronto Foundation's Canada Strong Campaign to support the families of the Canadian victims. The campaign was established by the Toronto-based founder of Paramount Fine Foods, Mohamad Fakih. To learn more about the campaign and how to donate, click here.

According to MP Omar Alghabra, as reported to CTV News, the government is also looking to extend support to the families of the 29 Canadian permanent residents who were also killed.

The University of Alberta has also established a memorial scholarship fund for graduate students in honour of the 10 professors, students, and alumni who died in the crash. To learn more about the fund and to donate, click here.

Vigils in memory of the victims have been organized in cities across Canada including Toronto, Ottawa, Winnipeg, Edmonton, and North Vancouver.

The question has been asked about why so many Canadians and people travelling to Canada were on Flight PS752. According to Ian Austen writing for The New York Times, "Today, by some counts, Canada has the third-largest number of expatriate Iranians in the world and its universities are a top destination for Iranian graduate students." Academic Jeremy Wildeman, a Visiting Research Fellow, University of Bath who studies Canada’s relationship with the Middle East, explained in an article for The Conversation Canada, "Flight PS752, with its stop in Kyiv, was popular with Iranians flying to Canada because there are no direct links between the two countries. It is also a cheap alternative route in Iran, which is impoverished by sanctions, conflict and corruption."

This is not the first time Canadians have been devastated by losses in an international plane crash, most recently, in March 2019, when an Ethiopian airlines flight from Addis Ababa, Ethiopia to Nairobi, Kenya crashed. 18 Canadians died in that crash, including Carleton University Professor Pius Adesanmi, and vigils were held in Toronto, Brampton, Hamilton, Winnipeg, and Edmonton.

On June 23, 1985, 280 Canadians died in the crash of Air India Flight 182. Angela Failler, Canada Research Chair in Culture and Public Memory at the University of Winnipeg, believes that the difference in how both the government and general public have reacted to the loss of Canadians, all of them people of colour, this time around in contrast to the lack of support for the families of the Air India crash, who were also majority people of colour, demonstrates how far Canada has come in terms of recognizing its multiethnic identity. She writes in an article for The Conversation Canada, "It would take 25 years of lobbying by Air India families before the government of Canada would publicly claim their loved ones, as well as the suspected perpetrators, as Canada’s own. Does the national mourning as a result of the tragedy of PS752 mean then that Canada has since changed? Are we befittingly shaken this time around? Other news reports are citing diversity and multiculturalism experts who think so, some claiming that there has been a '180-degree shift.'"

Muslim Link has compiled a list of the Canadians, Canadian permanent residents, and international students who have had articles written about them after the crash. Click on a name to link to the article. We apologize as this is not a complete list, if there is name you would like to add, please inform us by emailing This email address is being protected from spambots. You need JavaScript enabled to view it..