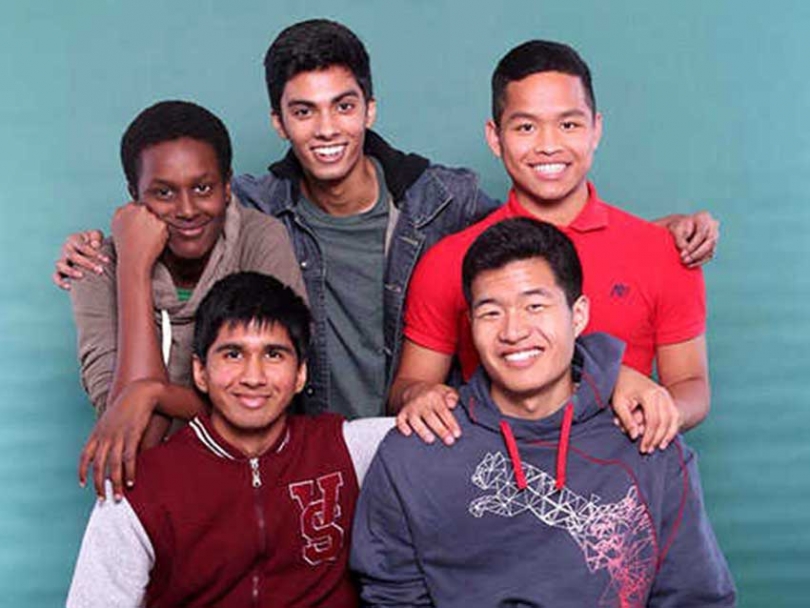 Even before the spirit of Eid hit everyone, the BISA (Bell Islamic Student Association) crew was busy planning one of their biggest events of the year: the annual Eid dinner.

On October 18, following the celebrations of Eid-Ul-Fitar, guests were treated to poetry, a fun photo booth, and excellent food. This year's event included speakers Qussai Abu-Naqoos and Osama Berrada, and was hosted by Othman Tmoulik.

The dinner was promoted throughout Ottawa, attracting a diverse set of guests, including curious teachers. Food was sponsored by Golden Tiffin, Tim Horton's, Tandoori Fusion, and Yaseen Pizza. Keeping in mind a high school student's budget, the event charged $2 with all the money going towards future BISA events.

Sawsan Abu-Oshaibah, one of the event coordinators and BISA vice president, told us that the organization wants to achieve more. “Our main goal is to bring together the Muslim students of our school and help them to practice their religion. We also aim to help our fellow Muslim students in Bell High School who are new to Canada as well. It was important to have a large scale Eid event at Bell in order for us to show our school staff what we are capable of achieving and for us to truly celebrate Eid with such a large amount of youth! This event allowed us to introduce students of our MSA to students of other MSA's in Ottawa.”

According to Asmaa Elshayad, one of BISA's heads, “We want to show that we are more than just students at the school; we are members of the community who want to make a difference.” She continues, “Muslims in Ottawa need to know about what we do because we want their support. They need to know that we are not just going to school for our education, but to also educate our peers about who we are as Muslims. With them coming to our events it really shows the sense of community, brotherhood, and sisterhood that Muslims have. As Muslim youth, the high schools that have Muslim Students' Associations work together to support one another and attend each other's events because at the end of the day we are one community who encourage each other to enjoin in good and forbid evil.”

Along with the speakers and food, BISA provided a photo booth for everyone to have memorable photographs of the event. Jerome Raj Samuel and his photography crew spent the evening capturing its most fine moments. Jerome tells Muslim link, “BISA did a great job organizing the event as everyone there had a full appetite (including the teachers!). It was a great experience and it's a shame that I only came during my last year, however I look forward to coming again next year!”

The event featured Ottawa's own favorite poets: Baraa Arar and Ali Islam. Baraa, performing at Bell for the first time told us, “My experience was overwhelming. My high school does not have many Muslims and certainly does not have an MSA that organizes an Eid Dinner, so hats off to the organizers who did a wonderful job at setting things up and running the event smoothly. I appreciate being able to perform to a crowd of teenagers who I grew up with, but also new faces. Maybe next year, we can have a female speaker perform and host so we can have a more gender balanced event.”  {sidebar id=30}

After his performance at the Bell High School fundraiser for Syria in July, Ali Islam is in high demand from Bell students, “I think high school doing these events are paramount to our success as a community, and as an Ummah,” said Ali, “the future lies within the youth, no matter what generation you were from. So being a part of something that brings young Muslims together, even for a celebration is an honour. Bell, Brookfield, Lisgar among others are starting a bit of a movement with their MSAs and it's really becoming widely known now that high schools are more than just a place of study. They're also a place of belonging for young Muslims who are still searching for their identities in this society and culture.”

“We want to show that we are more than just students at the school; we are members of the community who want to make a difference” says Elshayeb.

“With such a strong MSA this year, BISA plans on doing a lot more for the high school Muslim community. Raising money for those around the world who are in need and doing school clean ups to make the environment much cleaner around us are only a few things we want to achieve this year. We will also be holding a blood drive at our school for the Canadian Blood Services.” 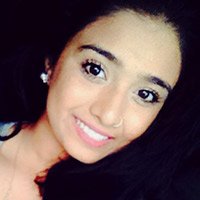 Ayesha Siddiqui is an Pakistani Canadian aspiring writer and Spoken Word poet.  She started writing for Muslim Link through their writing workshop led by journalist Amira Elghawaby in July 2013. She recently graduated from Bell High School and plans to study criminology at Carleton University.