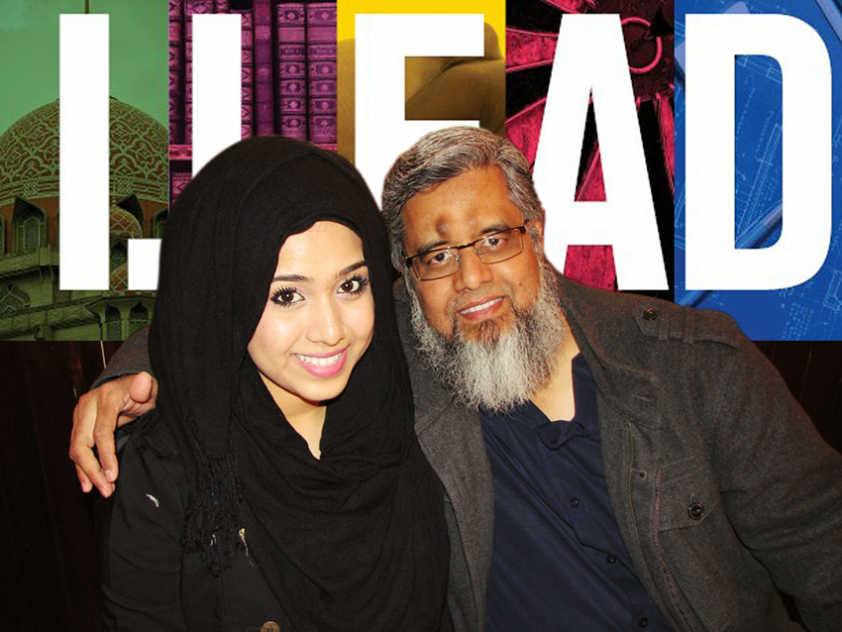 A Father and Daughter Review I.LEAD

On May 17th, thousands of Muslims attended the second annual I.LEAD Conference. Muslim Link chose to interview a father and daughter to get an intergenerational perspective on the conference whose theme this year was “Muslim Youth Identity”.

Moin Siddiqui, 48, is the president of the Kanata Muslim Association (KMA), one of the organizations behind I.LEAD. His daughter, Ayesha Siddiqui, 18, volunteered for the registration table for the event. Both felt that this year was better than last year’s conference.

“I think the topics were more controversial and that was definitely an improvement,” Ayesha explained, “This year, people just got straight to the point. It’s not like in the mosque where sometimes people sugar-coat topics. This year people were like ‘this is how it is’ and people asked blunt questions.”

These topics included Gender Relations. Ayesha and her father attended the workshop on Gender Relations facilitated by Musleh Khan, imam of the Sakinah Community Centre in Toronto. “He explained things from the parents’ perspective but he also understood the young people’s perspective so this helps us both to understand where each is coming from,” her father stated, “Sometimes parents and children don’t have close relationships because that is our culture, so it is hard to bridge that gap.” Mr. Siddiqui also admitted that many parents from his culture would not feel comfortable discussing subjects like Gender Relations in such detail with their children, but the reality is that it is necessary to prevent serious problems. “Parents should go with their teenagers to these types of workshops and sit with them,” he recommended. Ayesha also enjoyed attending the session with her father, “It was funny when the speaker would say something that my dad was always telling me to do and my dad would nudge me in order to say like ‘See,  I told you.’ But then something else would come up that I am always telling my dad and then I would nudge him! So throughout the whole thing we were going back and forth. So, it was fun but also good to hear someone else agree with us.” For Mr. Siddiqui it was an educational experience for both of them. 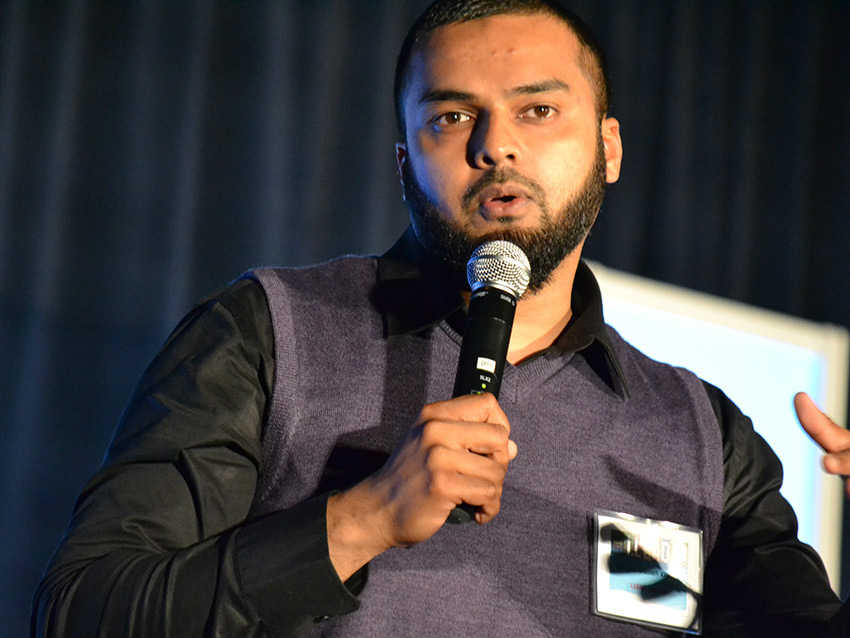 Both Ayesha and her father agreed that it helped that Musleh Khan was a younger speaker. “If it was an older speaker being this frank, it would have been weird,” Ayesha explained.

When asked if there needed to be more female speakers, Ayesha felt that the issue was less the gender of the speaker and more about how frank they would be willing to be when answering sensitive questions. “I liked Musleh Khan because he was straight-forward. He didn’t sugar-coat things just because parents were in the room.  You can have a female speaker, but if she won’t answer the questions honestly then it doesn’t make a difference,” she stated.

But Ayesha did express concern that less female speakers make the conference less appealing for mothers. “It should be a family conference for parents and youth, so you need something for the mothers,” she stated. Moin Siddiqui felt that Zohra Sarwari was an excellent speaker but he agreed that as not all Muslim mothers are able to homeschool their children, it would also be best to have female speakers with whom Muslim mothers who work outside of home could more easily relate to.

Ayesha did feel that there was a subject related to Muslim youth culture that would be important for a female speaker to discuss at a future conference. “We need to talk about sisterhood. We have a problem. Muslim girl catfights are worse than anything! There is a lot of gossiping and backbiting. We are horrible to each other. Why is that? Our religion is so clear that we shouldn’t do this! We need to address topics like this,” she explained. This often revolves around how a Muslim girl dresses. “If you wear your hijab a certain way, girls might judge you, shun you or call you names…like ho-jabi,”she stated. Ayesha has seen this type of behaviour seriously affect Muslim girls’ self-esteem and body image, sometimes leading them to distance themselves from their fellow Muslims at school and in the community which can seriously affect their ability to stay within the faith.

Both Ayesha and her father look forward to next year’s I.LEAD which they hope, Insh’Allah (God willing), will help to bridge the generational gap between Muslim parents and teens. ■

Online Event
How IHRA Harms Us: An Anti-Racist Conversation on Weaponized Antisemitism
Educational