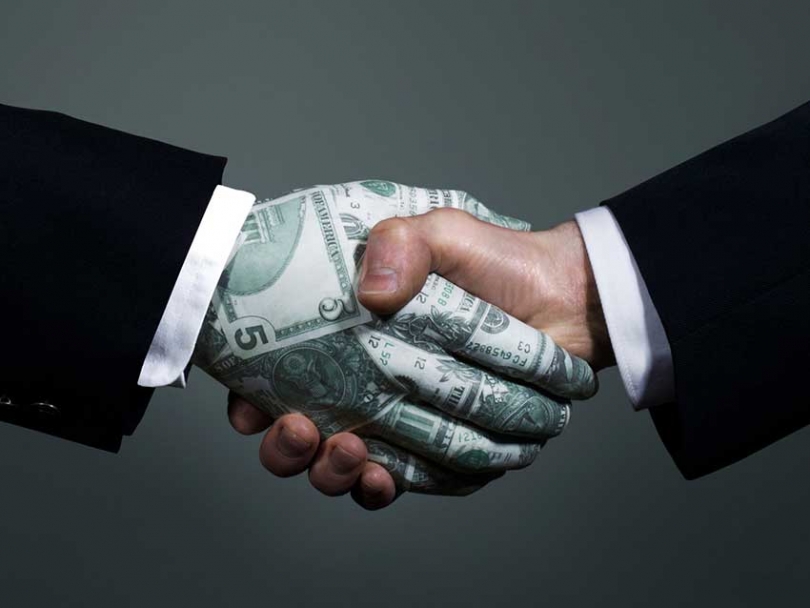 When Facebook went public on May 18, for the handful of venture capitalists, Accel Partners, Greylock Partners and Meritech Capital, who have been with the company since its early days, it was a massive financial payoff. With the IPO also came fame and reputation. At a closing price of $38.23, Facebook's market value is nearly $105 billion, creating huge paper gains for scores of early insiders and hundreds of employees.

Venture capitalist Accel Partners, which initially invested $12.7 million in Facebook at a $98 million valuation back in 2005, the year after it was founded, is clearly the big winner. With the IPO, the current stake of Accel and its affiliates will be worth $6.3 billion, assuming a mid-point stock price of $31.50.

Venture capital is risk capital and since risk capital at its base rests on equity participation, it is well suited for Islamic modes of financing. Venture capital and the historical Islamic partnership forms have striking similarities. Both systems are based on a profit sharing agreement. Profit is shared between the entrepreneur and the venture capital firm according to a pre-determined percentage. It is in conformity with the Islamic dictum “the profit follows the conditions agreed upon, the loss follows the capital.”

Secondly, in case of business failure, the loss is solely borne on the investor-principal the entrepreneur-mudarib loses his effort and time. Thirdly, the venture capital partnership like most of the historical partnership forms is a fixed duration association. The objective of the venture capitalists is to achieve a capital gain by selling his shares through an exit strategy (IPO) while in a partnership arrangement the principal will look for profit. Finally, in both systems, a degree of freedom is granted to the entrepreneur.

But what is the origin of venture capital and how did it start? The antecedents of venture capital are commonly seen to emerge amongst medieval Italian merchant bankers in so-called commenda, commercial arrangements combining investors and entrepreneurs. Italian merchants trading with the Levant may have adapted the Islamic concept of a risk-sharing partnership the qirÃ¢d (in Iraq, mudaraba in Hijaz), as a model.

The commenda was the common legal structure known to medieval Italian merchants commissioning their ships to carry cargo across the Mediterranean. In a typical arrangement, the contracting partners of a trade venture were comprised of the investor (the commendator) and the manager (the tractator). The usual profit share split 3:1 between investor and manager. Losses, however, were wholly borne by the investor. The commenda was a commercial structure that met the requirements of investors as well as seafaring entrepreneurs in need of capital. Wealthy investors were able to pool their resources and spread investment risk across several ventures. Both parties gained from successful ventures. The commenda marks a departure from the economic structure of agrarian and feudal societies, introducing new institutions for gathering capital and sharing risk.

Regarding indigenous European precursors to the commenda, the case for arguing it was derived from traditional Roman trade practices or originated with Western medieval jurists is weak. Medieval Christian legal treatises have little to say about the legal implications of the commenda. We need to look east of the Mediterranean for a precursor.

In the Arabian Peninsula, long-distance trade had long been a mainstay of wealth generation. From the seventh century A.D. onwards, the Muslims not only extended their military conquests but also succeeded in developing long-distance trade and international commerce on a scale which surpassed anything known before. A host of new institutions and instruments of commerce therefore confronted the merchants of Venice and Bari. Conditions in the Islamic world of that time were extraordinarily favourable to the rapid and unhindered growth of commerce.

In its origins, Islamic jurisprudence set out terms and conditions for the respective rights and duties of investors and managers. Imam MÃ¢lik ibn Anas illustrates principles of profit-share by reference to an example from the earliest days of Islam. Two sons of the Caliph Umar ibn al Khattab (634/644) were returning to Medina from Iraq bringing with them tax revenues handed to them by the governor in Basra. The enterprising sons decided to make the best of the monies in their possession. Thus, before leaving Iraq they invested these monies in an inventory of tradable goods, sold these on their return to Medina and after retaining the profit then duly delivered the principal to the Medina Treasury. When their father, the Caliph, heard of this transaction, a dispute arose between father and sons as to the rightful claim on profits. The case was eventually settled: profits were divided equally between the Treasury and Umar's sons. Imam MÃ¢lik used this example to explain rights and responsibilities arising under the terms of a qirÃ¢d. His doctrines treat in considerable detail the principles of institutional governance of commercial enterprises, the qirÃ¢d, and how investors and their managers are to apportion risks.

The key characteristic of the qirÃ¢d consisted in attributing to investor and manager a rightful claim on profits of a venture, whilst reserving liability for losses exclusively with the investor. Imam MÃ¢lik defines the corporate governance of a qirÃ¢d along the following lines: ”˜The customary form of a permissible qirÃ¢d is when a man takes money from his colleague in order to work with it without any liability upon himself.'

There is evidence showing the migration of the qirÃ¢d across the Mediterranean. A key geographic intermediary in this journey was the Jewish merchant community in Egypt, the Maghribi Jews. Extant documents provide evidence of the trading practices of the Maghribi Jews, and interpretation of points of commercial law have come down in the writings of the Talmudic jurist Moses Maimonides, a Jewish polymath born in Spain in 1135, who died in Egypt in 1204. The legal advice of his main legal book, the Mishneh Torah, describes at length the practice of the qirÃ¢d.

The conduit for cross-cultural migration of commercial practices is most likely to have been the exposure to commercial practices of assimilated expatriates in East and West, whose presence was attested by personal witnesses. Evidence for frequent migration rests on anecdotes as well as documents. Twelfth-century Genoese archives record the presence of Levantine expatriates in Genoa, who made their fortune trading with the Eastern Mediterranean. A large number of words of Eastern origin which were introduced into the commercial terminology of medieval Europe are well documented. Some examples of these words are: douane, arsenal, traffic, tariff and risk. Marco Polo, after returning to his native country, remarked that Syrians had become so conspicuous that Italians had taken to adding as a suffix to their names a reference to their native towns, for example such that merchants originating from Mosul were named Mosulini.

French author Andre-Emile Sayous (1929), and recently Professor Abraham L. Udovitch (1970) have done enormous research about the origins of commenda. Udovitch writes: “Although commercial arrangements resembling the commenda were known in the Near Eastern and Mediterranean world from the earliest times, it is the Islamic form of the contract (qirad, muqarada, mudaraba) which is the earliest example of a commercial arrangement identical with that economic and legal institution which became known in Europe as the commenda.”

In terms of protecting the entrepreneur, limiting the liability of the principal, sharing the risks, losses and profits the two systems of finance are very similar. Even John H. Pryor, a critic of Prof. Udovitch who argues for Italian origins of commenda, admits that the two systems (mudaraba and commenda) have strong similarities in terms of both economic structure and juridical.

It is clear that the merchants of Italy and other European countries obtained their first education in the use of sophisticated  business methods from their counter-parts on the opposite side of the Mediterranean; most of whom were Muslims, although a few Jews or Christians. If the commenda is seen as an important precursor of limited liability partnerships and ultimately of modern corporations, then the origins of modern corporate governance may be traced back to the commercial practices of medieval Muslim merchants.