The Muslim Association of Canada (MAC) issued a press release on July 30th calling on Toronto Police, local authorities and elected officials to take serious action to investigate and put an end to a series of sixth consecutive of vandalism attacks and acts of hate towards Masjid Toronto, located in downtown Toronto, all within a period of three months.

Mississauga – July 30 2020 – The Muslim Association of Canada (MAC) emphasizes the holistic message of Islam within the context of Canada’s diverse society. 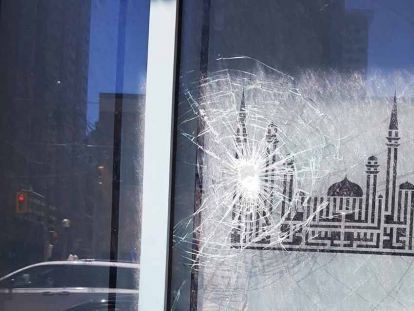 Mississauga – June 4, 2020 – The Muslim Association of Canada (MAC) emphasizes the holistic message of Islam within the context of Canada’s diverse society. 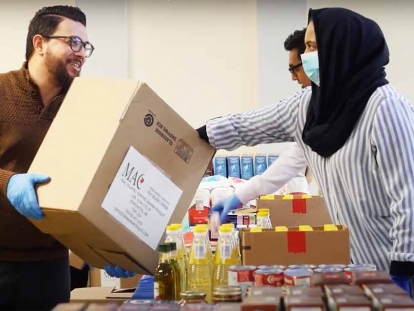 Food banks and social services are preparing for an increase in demand as the COVID-19 pandemic continues. 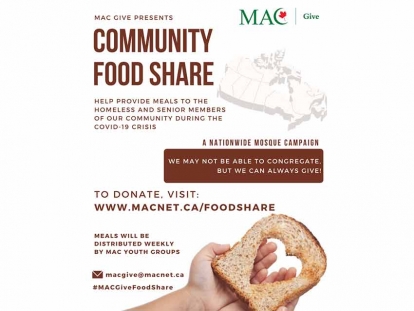 MAC Give has launched *Community Food Share*, a nationwide campaign to assist our neighbors and communities during the COVID-19 pandemic. 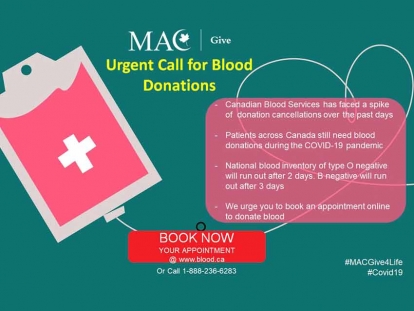 The Canadian Blood Services (CBS) has announced its concern about the possibility of blood shortages as the country grapples with the coronavirus pandemic, “particularly in light of the blood shortages already being reported in other countries affected by COVID-19”. 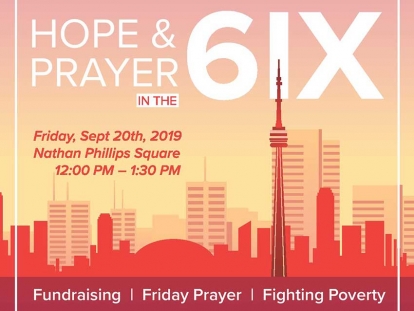 The Muslim Association of Canada (MAC) is working with the City of Toronto and United Way of Greater Toronto to organize a Friday prayer at Nathan Phillips Square.