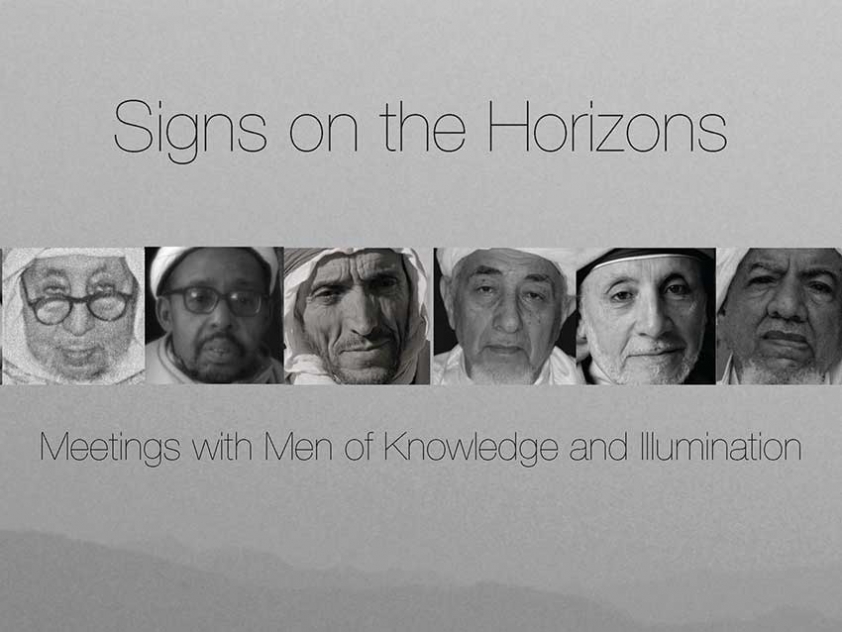 Michael Sugich, known as Ustaz Haroon, is an American writer who found his way to Islam 40 years ago, and lived for 23 years in the sacred city of Mecca in close company to people of virtue and piety. His book, as he explains, is a book of memories. It is a series of wonderful and breathtaking accounts of individuals whom he came in contact with and considers extraordinarily pious Muslims. They are examples and signs for us, to be guided by and follow. Through Michael Sugich’s memories, I read these examples of people I came to love, although I can never achieve their state of piety. I think to myself ‘If I am in a dark tunnel, and I see a shining beam of light, like the sun, I follow it, knowing that it will be the way for me out of this darkness, though when I get out, I may never be able to touch it. They are my beam of light in times of so much darkness.’

I had the opportunity to interview Michael Sugich about his recent work.

How did "Signs on the Horizon" come about?

Initially, I began writing down memories of my encounters and interactions with Men of God because I was concerned that if I didn't write them down I might start forgetting these experiences. And I wrote them down for my children. About a quarter of a century ago, the photographer Peter Sanders and I had discussed matching his extraordinary photos of the saints of Morocco with biographical passages in the tradition of the great hagiographies of saints in Islam. This didn't work out but the project remained at the back of my mind. I had reached a point in my life where I wanted to devote more time to remembering God and writing Signs allowed me to do so.

What motivated you to write it?

Muslims have lost their moral and spiritual compass in our time. In traditional Muslim societies the gnostic saints were that compass. They were the exemplars and reference points for ordinary Muslims. They were illuminated and embodied beautiful character and spiritual courtesy. Since the late 19th century this spirituality has been sidelined and the saints have been dismissed and denigrated. One of the great tragedies in the intellectual life of Islam in our time is the almost complete removal of the sciences of Tassawwuf (purification of the ego) from the public discourse and the loss of awareness of these people. Young Muslims have been cut adrift from this deep spiritual anchor to their faith. I wanted to let them know that these people still exist and they are real, that illumination is a possibility, that the path to God is real and that it is for everyone. I have been gifted with proximity to these people. I wanted to share my experiences on the way to provide a glimmer of hope to sincere seekers.

How did writing this book affect your perceptions of the experiences you wrote about?

Writing "Signs on the Horizons" sharpened my memories and strengthened my connections to the great men I remembered.

What was the hardest part about it?

The book was actually very easy to write. Most of the book was written in Paris in 2009 over a two week period and was an incredible pleasure to work on. The hardest part was trying to make sure that my ego was removed from the process as much as possible and that my memory wasn't playing tricks on me. It took me about one year to find quotations that were appropriate for each chapter.

What is your favorite part of the book?

Writing the chapters on Sayyid Omar Abdallah "Mwinyi Baraka" and Habib Ahmad Mashhur Al-Haddad had the deepest impact on me. The memories of these two men pierced my heart and reminded me how much I loved them and missed them. Also, the chapter called the "Muadhin of Sefrou" had great meaning for me because of my connection with Hajj Mohamed Al-Khidra'a and the chapter "24 Hours" on the great saint Sidi Mohamed Bi'l Kurshi. After the book was published, it has been the short stories of brief encounters with men of God that I find most enjoyable because these chapters demonstrate the unity of acts that comes from the remembrance of God. They give me great pleasure to read.

Who would you recommend the book for?

I think anyone who is interested in taking a spiritual path may find the book of interest and, I hope, of value.

How do you know when someone is a ‘Saleh’ (a saintly person)?

To begin with, you can gauge the nature of a person by his or her behavior and good character. Are they kind and forbearing? Do they have a good opinion of others? Are they generous? Do they follow the Shariah (Islamic jurisprudence)? Are they detached from the world? Do they fill their time with remembrance of God? With experience one learns to recognize these men and women. In your opinion, is this book about Seeking Truth? I suppose that it is, although "seeking truth" could be seen as a cliché. In some respects, the book is more about need. It is about love.

What advice do you have for those who are unable to come in contact with ‘Saleheen’ (saintly people)?

I would advise anyone who yearns for the path, to hold to the Shariah (Islamic jurisprudence) and Sunnah (teachings and practices of the Prophet Mohammad pbuh) and to continue to increase one's remembrance of God throughout the day and night. If one yearns for guidance ask God: "Oh Allah, Guide me to the one who can guide me to You." God willing, He will guide you.

How can this book help us seek God in a time where everything seems to be luring us away from Our Creator?

‘Signs on the Horizons’ is only an indication for seekers. It inspires readers to set out on the path and if it gives them confidence to do so, then I believe the book will have achieved its purpose.

Events with Michael Sugich hosted by Sanad Collective in Ottawa:

June 1: The Roots of Extremism

June 2: Signs on the Horizons

June 3: The Path of the Seeker