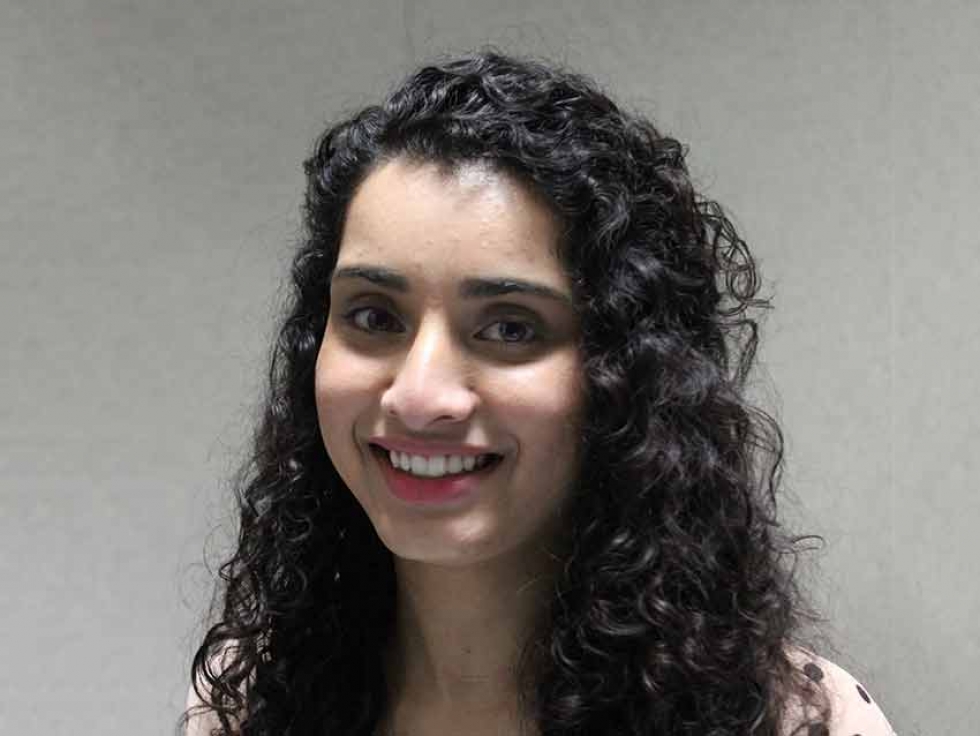 Raafia Siddiqui is a second-generation Pakistani Canadian medical student and cancer survivor.
04
May
2019

The surgeon asked me for the second time, “So are you here alone?”

“Yes,” I answered, a bit impatiently this time. I was a 20-year-old who felt I had better things to do than be at this appointment. My family doctor had noticed a lump on my throat and insisted I see a specialist for it. We were supposed to discuss the results of the biopsy today but instead of telling me what the results were, he placed his hand on my shoulder and let out a long sigh. That’s when I realized he was holding something back.

His reply was very short and urgent, “There’s a lump - and we have to take it out.”

Immediately, I understood what he meant and began pressing him with questions, “Is it malignant? Has it metastasized? What type of cancer is it?” Although I felt I had to pry answers out of him, the specialist finally told me I had a thyroid tumour which he believed had begun to spread.

I remember walking out of that appointment very confused, with the most daunting question still on my mind, “How do I explain any of this to my parents?” To my parents, both of whom were in good health and had no previous history of cancer within the family, cancer was a foreign and terrifying disease. They were unable to digest my reassurances that thyroid cancer was relatively “safe” compared to other types of cancer. My parents were astounded that their young daughter was suffering from what they held to be a non-treatable and deathly disease. I sought out the support of my family doctor, with the hopes that she’d know how to calm their worries. At first, things were going alright.

“Don’t worry, if you have cancer, you want this kind! She’ll be fine! Thyroid tumours are very easy to treat!” reassured my doctor.

I didn’t understand why someone would tell a cancer patient or their family that their cancer is something to be happy about, but I thought, maybe that’s her way of putting my parents at ease. Things went downhill when my mother asked if she could get a second opinion, greatly upsetting my doctor. When my father asked if there were any options other than surgery or radiation, she said he’d have to find out himself. When I suggested I had heard some alternative therapies may be helpful, she scoffed at me and said I could try “magical lotions and potions” if I wanted to but she was certain they’d have no effect. My family doctor clearly did not like that we were questioning what she thought was best. What she didn’t realize was that we were simply worried and would have benefitted from professional reassurance.

A few months later I underwent a thyroidectomy, in which I had my whole thyroid gland removed. This gland makes thyroid hormones, which regulate your metabolism and affects your body in numerous ways, from your weight to bowel movements and heart rate. I also had one round of radioactive iodine therapy, in which I was given a radioactive drink and was kept isolated in a radio-proof room for a couple of nights until the radiation wore off. Throughout this time, I grew increasingly resentful towards my family doctor and specialist. I remember feeling a total loss of control over my health and agency over my decisions. Moreover, there was no one for me to discuss my worries with. I had to put on a tough face for my family so they wouldn’t worry and at the time, I had no access to support groups. Inevitably, I turned to online blogs filled with misinformation and horror stories regarding surgery and radiation. I remember going into radiation treatment thinking I would die of low sodium because I had read about it on an online blog. Of course, I did not die or suffer any long-term consequences from either procedure but I did come out feeling a strong sense of distrust towards the health system and physicians in particular.

After treatment, I was put on thyroid replacement therapy for life and was supposed to see an endocrinologist or hormone specialist regularly to make sure the dosage was right. A year after my surgery, the endocrinologist retired without referring me to someone else. I didn’t think much of it as by that point my faith in our health-care system had waned. My health plummeted. At one point I was twenty pounds thinner and my hands would shake frequently. My heart would start racing and I would have nightly panic attacks. I remember feeling like I was going insane, yet wasn’t sure why or how to get help. It wasn’t until a walk-in doctor suggested I have my thyroid hormone levels checked did I realize that my issues may have been related to my thyroid medication dosage.

Sure enough, the symptoms I was experiencing were due to my thyroid hormone levels being way too high. Other problems I developed included changes to my blood sugar levels, my reproductive hormones and my stress hormone levels. Motivated to improve my health, I sought out a new endocrinologist who worked with me to find an appropriate dosage. With a better understanding of how varying dosage levels affected my health, my condition slowly improved over the next several months.

As I reflect on my experiences as a cancer patient, I remember feeling bitter, angry, and powerless. I think many of these feelings stemmed from poor communication with my health providers and the limited support of my family.

Five years later, I am now training to be a medical doctor myself. I have thought a lot about how my experience as a cancer patient has shaped my perspective as a medical student. I often ask myself , “Will I be a doctor like the ones who treated me?” “How can I be a doctor the patient in me would want to see?” The “doctor knows best” approach of the physicians who treated me left me feeling as though our interactions were not about me but about their ego, their feelings, and their ideas about what was best for me and my body. As a medical student, I have observed physicians who include their patients as active decision-makers in their care, and not just as passive bystanders.

A women’s health specialist I worked with would say to every one of his patients, “I can’t tell you whether or not you should have a procedure or treatment. That is because I am not the one who will lose sleep at night over the decision. It is your body so you must decide. My job is to tell you what options are available to you.” His words were a relief; these were the words I had longed to hear from my own care providers.

If I had to go back and do things differently, I’d speak up and demand that my concerns be heard. I’d advocate better for myself since I now know that asking for a second or third opinion is my right as a patient. I would seek out reliable resources in the community that could help me with the treatment and transition process. As a care provider in training, I know that I can be an advocate for my patients by giving them the agency they deserve. I can and should treat patients as an expert when it comes to their bodies and as co-creators of health care knowledge. I will be careful not to be dismissive of their concerns, or insensitive towards their conditions and the impact it has on them. I will be the doctor that the patient in me wishes she had.

Raafia Siddiqui is a second-generation Pakistani Canadian Muslimah excited by the idea of bringing people together, from different walks of life, to build healthier, resilient, self-sustaining communities that take care of all their members. She has previously worked on local food security projects with grassroots organizations in Toronto, including Low Income Families Together (LIFT) and Malvern Family Resource Centre (MFRC).

She is currently a board member with Auntie Amal Community Centre which provides support to refugees in the GTA. She holds a Masters degree in Global Health from McMaster University and is now completing her medical degree at McMaster University. Her aim as a health professional in-training is to treat people for more than just their medical conditions by empowering them to transform the environments in which they live. She also loves to spend time with her family and friends, discussing everything from social justice and feminism to memes and movies.