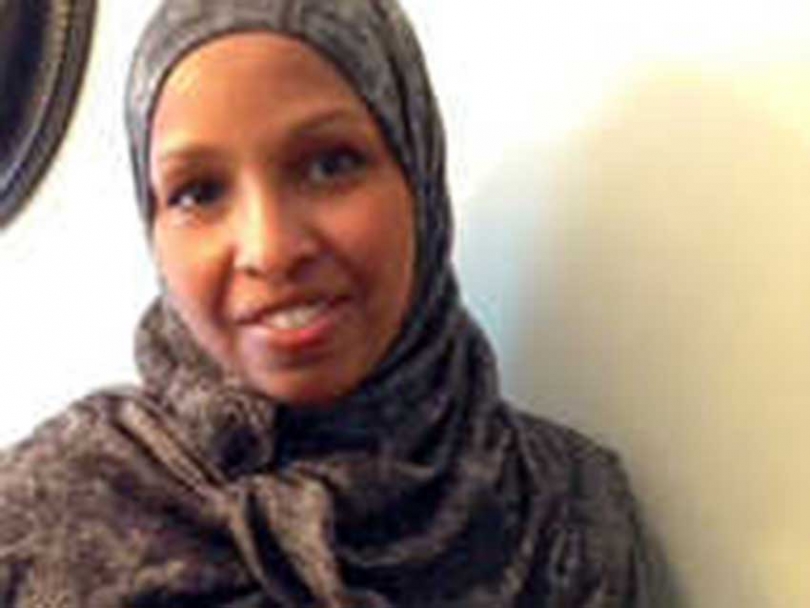 Farhia Ahmed is a mother of four who runs her own career consulting business. But on and off since 2005, she has been the team lead for Reviving the Islamic Spirit's Media Team. Muslim Link had a chance to interview Farhia about her journey with RIS and the role the Media Team plays in trying to improve the image of Muslims in mainstream media.

How did you become involved with heading up the Media Team for RIS?

I was studying Public Relations at Algonquin College at the time. I already had a degree in Communications from the University of Ottawa but I wanted more hands-on experience. CAIR-CAN was asked to help with RIS's media and I was already helping CAIR-CAN with their PR. Riad Saloojee, CAIR-CAN's Executive Director at the time, asked me to help him with RIS.

At the time where was a lot of interest in the Muslim community, especially with the youth. And at that time RIS was a new initiative coming from Muslim youth in Canada so there was a lot of media attention. They wanted to know who we were and what we were doing. We decided to hold a press conference that year. It was very well attended. All national and local media attended. The media was more interested in the positive aspects of what the community was trying to do. I think in the wake of 911 there was a time when it was intense and the media was very adversarial but at this point it was slowly turning around.

Riad Saloojee let me take over and I had a small team working with me. We had to research the media to know what they would be interested in and at the time it was this joint statement of Imams [In 2005, Canadian imams drafted a statement condemning the bombing in London]. We also researched the journalists and thought about particular journalists we would want to invite; sometimes we sent personal invitations as well as the press release. And then we drafted the press release and the media advisory and organized the logistics of the press conference. I also had mentors at the time like Hadeel Al Shalchi, who was working with CBC, who helped me with drafting our media strategy. RIS is a very professional organization mashallah (Thank God). Everything is documented and before anything is executed we have a strategy in place.

So what exactly does your work with media involve?

I establish what our media goals are each year and then strategize and write the press release, and deal with questions that come from the media. On the ground on the day of the convention, I'm speaking on behalf of the organization as the spokesperson, taking interviews, and escorting media around. This year, our media goal was to engage more with local and international ethnic and Muslim media organizations because we feel they haven't had the chance to be as actively engaged in previous years. Over the years, we've worked a lot with mainstream media, CNN and BBC in terms of international media, CBC, Global TV, City TV, more regional Rogers Programs and OMNI as well. Before the conference, I present at a Media 101 Session for the volunteers. Last year the convention was a hot spot because of Justin Trudeau so I had to educate them on protocols if they were approached by media. They can speak on their own behalf but any questions about the organization need to be directed to the official spokesperson who is myself. I also discussed questions that they should avoid as reporters might be fishing for statements which are controversial.

What was it like handling media in 2012 when there was a controversy over Justin Trudeau's presence at the conference as one of the conference's sponsors was accused of having ties with terrorism?

Everyone and their mother wanted to attend! Every news organization was represented, both more conservative and liberal-minded. It was a very sensitive time. We had to take a lot of calculated steps in dealing with the media. We had to deal with Islamophobic groups within our own community as well as two really right-wing websites who were fuelling a very aggressive fire. At the end of the day, all of media was very neutral or even positive in terms of reporting the conference, but there was a four week build up where we had to do a lot of crisis management. I had to respond in interviews to questions the critics were putting out there.

What lessons have you learned about how media perceives Muslims in Canada?

I think that RIS for an outsider who has been fed a lot of false interpretations of what the convention is can seem very intimidating. In 2011, I had an opportunity to escort a reporter and cameraman from Sun Media. I walked around with them; we walked through the Bazaar they got to know who I was both as a participant and organizer. RIS is a place where you get to see different kinds of Muslims, both hijab-wearing and not hijab-wearing and they were quite surprised to see that. Although they did not write a flowery piece about the conference, at the end of the day I found that their report was very neutral; they reported the facts and that was it, and in terms of what our goal was, that could be considered positive reporting as well.

Farhia encourages more Muslims to pursue training in Public Relations as it is an important skill set to have, given how often Muslim organizations are the focus of media attention.