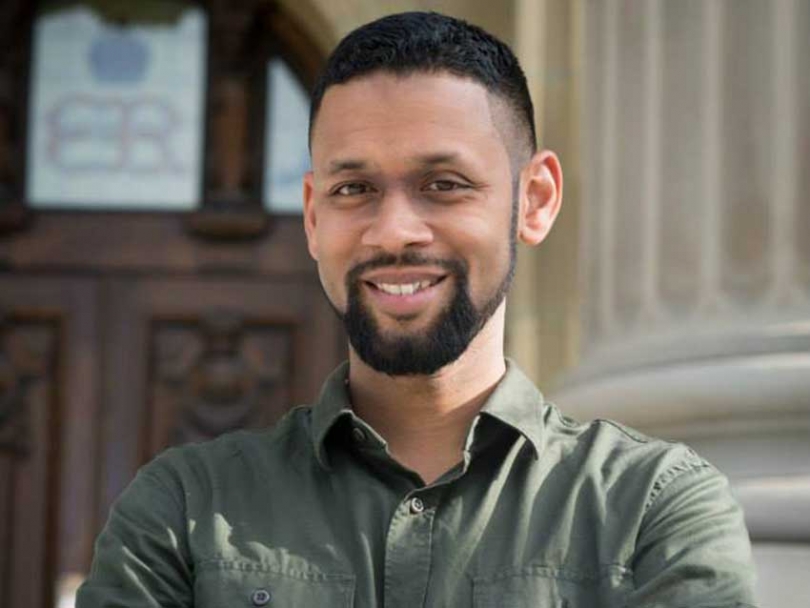 Imam Ryan Carter is a Chaplain with the Royal Canadian Military College, based in Kingston.
27
February
2017

Captain (Padre) Imam Ryan Carter is a chaplain with the Canadian Armed Forces in Ontario. Here he reflects on the significance of Black History Month to him as a Black Muslim Canadian.

Black History Month is always a month to reflect on my place in this history of Black peoples in Canada and our larger historical legacy.  Being Muslim adds a new layer to this annual commemoration.

The Black experience of Islam provides a tremendous vehicle of personal emancipation from this perception that there is only one voice in history. Islam provides a system and worldview wherein diverse voices are able to articulate with legitimacy and authenticity a vision of their faith congruent with the universal and particular. Humans are fallible however, and while Islam provides this system, Muslims often times fall short.

You see, for the Black peoples of the Americas, namely those descendants of the Trans-Atlantic Slave Trade, their Muslim-narrative often times needs recovery. Once recovered, it seems to be constantly denied in the eyes of those who privilege their culture as normative. In mainstream society, those with a demographic privilege are white males, whereas in Muslim subculture it's being Arab, or Pakistani, or Turkish. Other cultures or expressions are seen with a diminutive status.

Ultimately, racism is still an issue in the Muslim community and it comes out in the most pernicious ways that can leave a horrid feeling in your heart. I have been called a ‘Gorilla’, ‘impure blood’, ‘Abd (slave)’, and that was just the half of it. Why does racism exist amongst Muslims? How could it ever persist when the Qur’an and Prophetic example are so explicit in its condemnation? I lamented for years about these painful experiences. My narrative was lost in a sea of people telling me that who I was, was not authentic.

I had a revelatory experience while studying Black theology at Hartford Seminary in the United States. Unlike Canada, America actually has an indigenous demographic of Black American Muslims. This is where I found my new home at the Muhammad Islamic Centre of Greater Hartford. It was there where I found the capacity to be at home with my Black identity in a setting that provided me with the opportunity to explore different narratives of being Muslim and Black. I learned that there can exist in the universe of interpretation, multiple visions of how the Qur’an speaks to each people. We are not talking about what is authoritative, what is law, what is Halal and Haram. We are talking about the capacity of a community to make sense of this universal revelation in their own space and time. My narrative was recovered.

If there is anything I can impart, is to emphasize that the road to respect and empowerment is to acknowledge our diverse and ancient narrative which has always been in our history but drowned out by generations of systematic oppression.  In our current climate where society seems to be regressing in a direction where hate and intolerance is becoming fashionable, Black History Month must be a time where we capitalize our efforts in understanding the reasons why racism is still an issue in our broader Canadian society. To appreciate that Black-Canadians are an integral part of our history, not some exception. In our own Muslim communities, we must allow diverse voices in the Mosques permeated by mono-cultural attitudes and say more than “Yes, Bilal was Black, racism is bad in Islam”. We as Muslims must also look into our history both contemporary and old and recognize our contributions to some of the racial maladies that exist in our world.

I am the son of John and Yasmin Carter. A Muslim, a son of Canada with a heart which exists on the Islands of the Caribbean. Deep within my conscious I never forget that I am a descendant of Africa, my history is rich and my narrative developing.

This is who I am, and to Allah I give all my praise.

Captain (Padre) Imam Ryan Carter is a Chaplain with the Canadian Armed Forces in Ontario.

He is a graduate of Hartford Seminary's Masters in Muslim-Christian Relations.