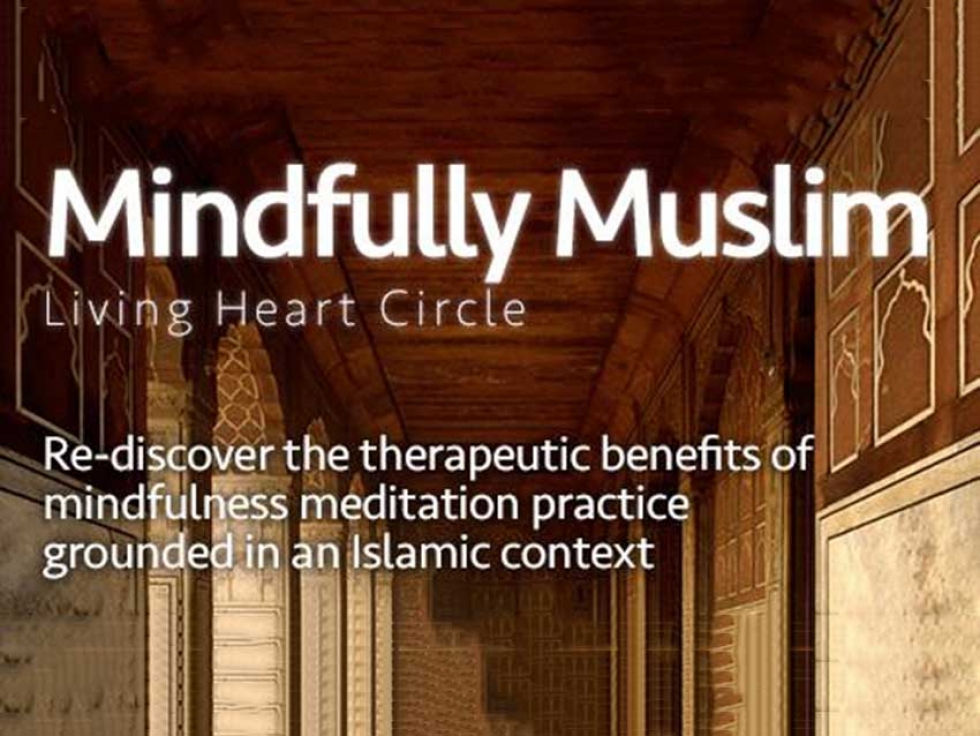 Each week Dr. Yusra Ahmad, a psychiatrist and clinical lecturer at University of Toronto, meets six to eight women with a range of mental health disorders at a mosque in the city’s west end. She leads them through a program that combines mindful meditation with concrete skills to manage negative thoughts and regulate emotions.

However, this is not your typical mindfulness therapy. Each session began with prayers from the Qur’an and incorporates teachings from Islamic scholars.

She also uses imagery familiar to the women. For example, when leading a session on mindful eating, instead of using the example of a raisin, as she does with other audiences, she focuses on a date. The reason: Dates have an important role in Muslim traditions, enabling the women to relate to meditation techniques on a more personal level.

Dr. Ahmad is among a growing group of mental health experts who advocate a more culturally sensitive approach to treatment for disorders such as anxiety and depression than the conventional “one-size-fits-all” methods that currently apply.

An approach that recognizes Canada’s diversity, these experts argue, should become an integral part of the conversation on mental health, including during events like Bell Canada’s annual Let’s Talk campaign, which takes place on Jan. 31.

The argument for more culturally nuanced treatments rests, at least partly, on the idea that many Canadians come from a background where mental disorders are stigmatized and associated with hospital treatment for severe disease such as psychosis.

This stigma not only harms the patient, but often the entire family is ostracized.

Take Saira (not her real name), a 31-year old Muslim African-Canadian human resource manager, who was diagnosed last year with an anxiety disorder. Saira recalls being brushed off by friends and family with words like: “What do you have to be worried about, there’s nothing wrong with you.” Or, “you need to pray more.”

Such advice ended up worsening her feelings of isolation and her anxiety, to the point where she had to take health leave from her job.

The latest data from Statistics Canada shows that in 2012, 16 per cent of Canadians met the criteria for a mental illness diagnosis.

But the Centre for Research on Inner City Health has found that although immigrants have similar rates of mental illness as people born in Canada, they make far less use of mental health services.

Dr. Ahmad is not alone in her campaign to infuse cultural elements into mental health treatment of specific communities. Leysa Cerswell Kielburger, community program leader at The Centre for Mindfulness Studies in Toronto, has collaborated with Sistering, an organization for “at-risk” women in Toronto, to develop a drop-in mindfulness program for Syrian refugee women.

The program brings about 10 women together every week and facilitates a mindfulness program that centres on the trauma of being a refugee. A mindfulness-based cognitive therapy combines meditation with concrete skills to manage your thoughts, such as learning how to observe your thoughts and not to judge them.

The emphasis during the workshops is on managing difficult memories, taking care of the body and easing the stress of being a newcomer to Canada.

The women benefit from the program, Ms. Kielburger says, because they are in the company of others with the same refugee experience.

What’s more, they are able to talk about their experiences in their mother tongue and can access mental health services where they live, rather than in the more conventional but also more intimidating hospital setting.

Dr. Melinda Fowler, a Métis and Mi’Kmaq primary care physician in Winnipeg, approaches mental health treatment with an emphasis on spirituality — which most Indigenous peoples regard as a core tenet for effective treatment of mental illness.

Thus, Dr. Fowler begins each session with a traditional smudging ceremony aimed at developing a connection with her patients, and at helping them connect to their spirituality.

“There is a legacy of trauma, and mistrust of institutions such as health care in the Indigenous community,” says Dr. Fowler. She takes the view that by incorporating Indigenous customs in the management of mental disorders, patients are able to slowly regain a measure of trust in a system that has eradicated many traditional practices that used to be cornerstones of medical treatment in their communities.

Dr. Fowler is also taking her approach to indigenous mental health into the federal prison system. She has started a pilot program among inmates in the Prairie provinces that incorporates traditional ceremonies as well as Indigenous medicines such as weekay root, or wiikenh, a popular antidote for anxiety.

Arji Elmi, a social worker and PhD candidate at the Ontario Institute for Studies in Education, enrolled in Dr. Ahmad’s Mindfully Muslim program as a learning opportunity to improve her skills as a crisis social worker. She says the experience has been transformative in her work.

She often found in the past that religion and spirituality were discouraged in the structured therapy programs offered in crisis centres — due to concerns that patients might feel they were having religion forced on them. Yet for for those Canadians whose spirituality embraces all aspects of their lives it must play an important part in their treatment.

Ignoring the key role of spirituality or religion in a person’s health can deepen the isolation that often leads to mental breakdowns, Elmi says.

Diversity means that therapy must take different forms for different groups, whether it is women discussing their stresses as they farm the land, or of Indigenous ceremonies designed to achieve emotional balance, or Catholic churchgoers filing into the confessional box each week to share their struggles with a priest.

When mental health providers incorporate cultural nuances and engage in community based treatment, they can go a long way towards improving the mental health of the most vulnerable Canadians.

Dr. Mojola Omole is a global surgical oncologist with over 10 years of experience developing and implementing patient focused care in various settings both in Canada and sub-Saharan Africa. She has been integral in advancing awareness of the global burden of oncological diseases and increase visibility across key stakeholders. Omole has experience promoting surgical oncology care, education and relevant research to improve health standards in resource poor and resource rich settings. This has been a dynamic process that includes the synthesis, dissemination, exchange, and culturally-appropriate application of knowledge to improve health, provide sustainable oncology services, and strengthen the health care system. As a Paul Farmer Global Surgery Fellow, in conjunction with Harvard Medical School/Brigham and Women’s Hospital, she was integral in the development of an oncology curriculum for Rwanda’s national residency training program. Omole completed her general surgery residency at McMaster University. She finished her breast surgical oncology fellowship at Roswell Park Cancer Institute.