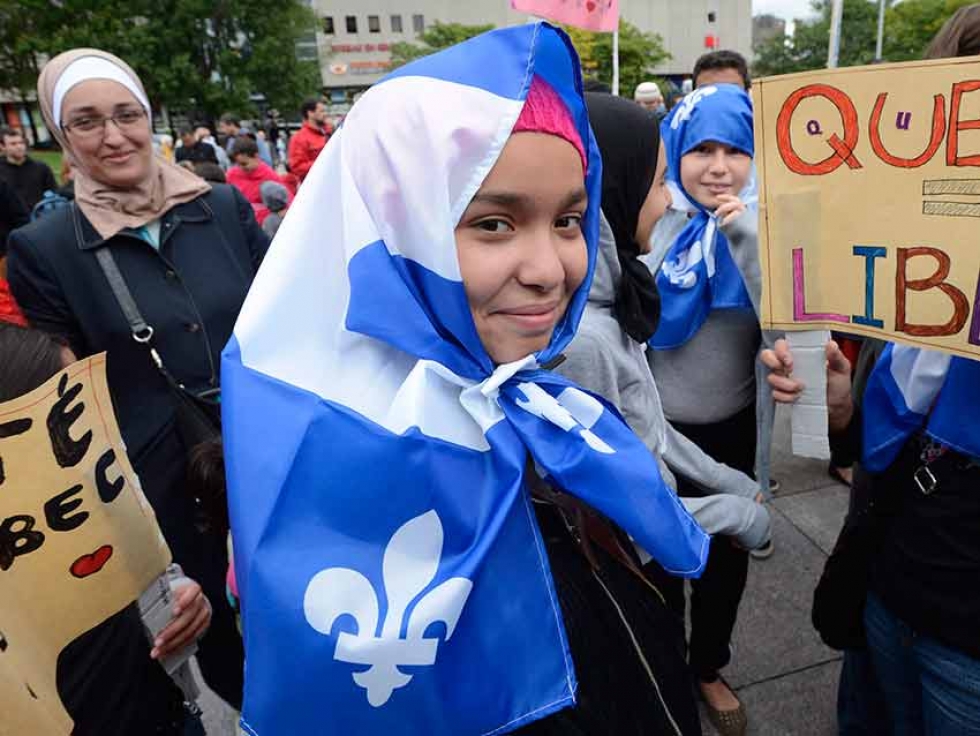 Québec’s provincial government recently tabled Bill 21 on state secularism. The bill prohibits the wearing of religious symbols for public employees in positions of authority such as judges, police officers and teachers. The actual list is much longer.

Echoing the Charter of Values controversy of 2013-14, the bill sparked a heated debate in Québec and the rest of Canada. After assessing the main arguments put forward by critics and by the ruling Coalition avenir Québec (CAQ) government, I conclude that the supposed benefits of the bill don’t outweigh the social costs.

While few would deny secularism and religious neutrality are legitimate goals, they don’t justify the undue restriction of minority rights, as the current version of the bill does.

A common critique of Bill 21 is pragmatic: the bill is trying to solve a problem that doesn’t exist. Indeed, there has not been a single complaint against a religious-symbol-wearing provincial employee for not being neutral in their job.

But how about concerns regarding excessive reasonable accommodation requests? According to a report by Québec’s Human and Youth Rights Commission, less than one per cent of such requests received were on religious grounds between 2009 and 2013. Not much of a problem to solve there either.

A second critique: For a bill that addresses no urgent issues, it sure jeopardizes a lot of basic human rights. It’s not a good sign when a bill legally shields itself from both the Canadian and Québec charters of rights and freedoms.

Bill 21 does exactly that. With Sections 29 and 30, it declares itself charter-proof, specifically bypassing clauses involving “fundamental freedoms and rights” and “equality rights,” among others. Experts believe a legal challenge is still possible.

Critics argue that the bill creates two categories of public employees and, indeed, citizens. It diminishes the employment and social advancement opportunities of those who wear a religious symbol — disproportionately affecting Sikh, Jewish and Muslim communities. This is a gloomy message to be sending to our minority youth.

Third, one should keep in mind the larger social context. For minorities, the impact of laws like Bill 21 goes well beyond their provisions because they encourage those who harbour deep-seated xenophobia to more openly express themselves.

A joint declaration signed by 250 Québec academics contends that the bill “bolsters prejudices against religious minorities, and helps to target people on the basis of their religious beliefs.”

And this is against a backdrop of rising hate crimes across Canada. The latest figures indicate an all-time high in 2017, with an 80 per cent spike in those targeting religious groups.

In this environment, politicians should consider the unintended consequences of their policies — not just what they write in their bills.

Against such concerns, the CAQ’s justifications for Bill 21 come across as thin. Premier François Legault defended the necessity of the bill on the grounds that it “respects our history, our values, and … what the majority of Québecers want.”

The history and values reference here pertains to the Quiet Revolution of the 1960s. Immigration Minister Simon Jolin-Barrette, the bill’s sponsor, elaborated that the bill completes Québec’s journey of separating church and state as initiated more than 50 years ago.

This is a historical oversimplification. The Quiet Revolution overcame the institutional domination of the Catholic Church to ensure freedom of conscience for Québecers. It never used the principles of secularism or neutrality to go after individual expressions of religiosity.

In fact, isn’t this exactly why the makers of Bill 21 felt obliged to override Québec’s very own charter concerning fundamental freedoms? One can therefore argue that the restrictive clauses of Bill 21 actually break from Québec’s history and values, not further them.

Legault’s majority argument builds on recent surveys that suggest 69 per cent of Québecers support banning religious symbols for teachers. The CAQ government sees this as a free pass to move forward.

The premier even said they could consider restricting parliamentary discussion on the topic, because “we’ve talked about this for 11 years. I think all has been said.”

But having a majority is not equal to a “strong social consensus,” as Jolin-Barrette claims. The two main opposition parties are against the bill, and so are many civil rights organizations. The government should let all sides, especially minorities, speak and be heard.

Majoritarianism falls dangerously close to populism, which Québec does not need or deserve. As La Presse editorialist François Cardinal wrote, Québec’s democratic institutions “did not come into being to suspend fundamental rights as soon as we feel the slightest threat to our identity, real or imagined!”

Let’s be clear: religious rights stipulated in law are not absolute. Québec can legitimately develop its own approach to secularity, seeking to balance “collective rights and individual liberties,” as government representatives remind us. But the current version of the bill does not strike such balance.

The CAQ has yet to demonstrate why it interprets secularism and neutrality in a way that firmly restricts individual freedoms, and what tangible benefit that serves for the common good.

Government officials have merely made vague references to history and values, and cited their majority support. And they’re doing everything to avoid justifying their position in court, and even considering cutting short the parliamentary debate.

As it stands, the claimed benefits for Bill 21 fall well behind its potential social costs. What Québec needs is a healthier, not a rushed, deliberation on the topic.

Such an approach is much more in line with Québec’s history and values.

Dr. Efe Peker is a historical sociologist specialising on state-religion relations and secularism in comparative perspective, including North America, Europe, and the Middle East (with particular expertise on Québec, France, and Turkey).

He holds a dual PhD in Sociology (Simon Fraser University) and in History (Université Paris 1 Panthéon-Sorbonne). Since 2017, he is a Postdoctoral Fellow in Sociology at McGill University, funded by the Social Sciences and Humanities Research Council of Canada.