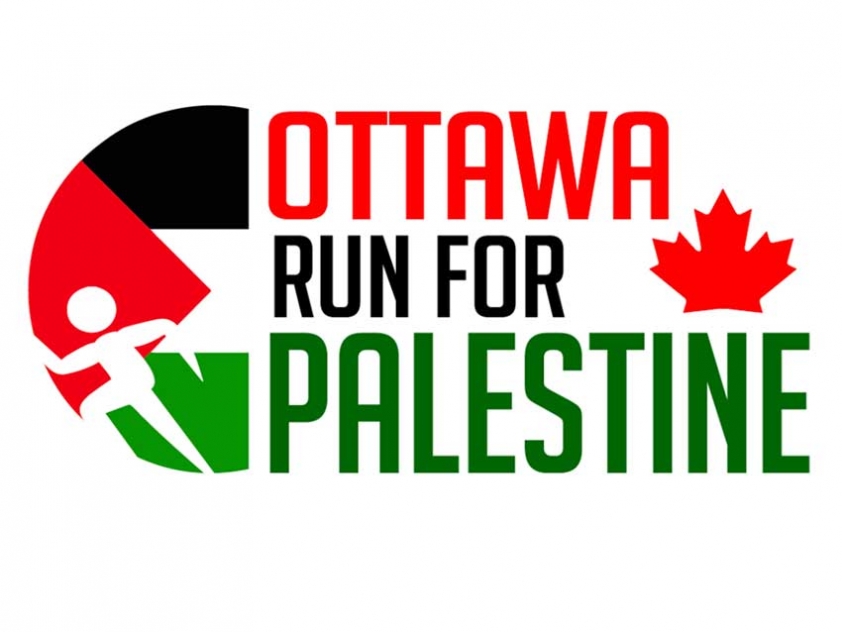 Dr. Habib Khoury, 42, is a Palestinian Canadian practicing dentistry at Centrum Dental Care in Kanata. Last year, he came up with the idea of finding an innovative way to raise funds for the United Nations Relief and Works Agency for Palestine Refugees (UNRWA)’s Community Mental Health Program. The program supports Palestinians, particularly children, who are coping with mental health issues such as Post-Traumatic Stress Disorder (PTSD).

He has spearheaded the first annual Ottawa Run for Palestine, a 5 K professional run taking place on September 26th starting off at the Canadian Aviation and Space Museum. Muslim Link connected with Dr. Khoury to learn more about the initiative and how people can get involved.

I’ve been living in Canada for over 26 years. I was born in Jerusalem and raised in Kuwait before I came with my parents to Canada. I studied dentistry at McGill University in Montreal. I’ve been a practicing dentist for 13 years. I am the past president of the Association of Palestinian Arab Canadians (APAC).

How did the Ottawa Run for Palestine project start?

I’ve been working on this since November 2014. I was researching the idea and I found out that there is an organization called Run for Palestine which has been operating in Toronto and then I found out that UNRWA has been doing its own runs in the United States for the past few years so I discussed the idea with people who are organizing runs in the States. I then called for a community meeting here in Ottawa with local Palestinian Canadians. I had to get all of the paper work together to become a non-profit so we really launched in January of this year.

People donate directly to UNRWA when they register for the run, why is that?

I really wanted to separate the two components of the project. One component is organizing the run which involves its own costs and the other part is donations to UNRWA. So, I really wanted people who are registering for the run to register online and donate directly to UNRWA. That way they can be assured that their donations are going directly to where they are needed most. We have separately raised funds through sponsorships to cover the costs of organizing the run itself. We reached out to local businesses and there has been great support. Up to now they have covered most of the expenses but we are still looking for sponsors.

Why did you decide that a run was the best way to raise funds for UNRWA?

A run is healthy and being in the health field that is something that appeals to me. Also, I don’t want to generalize, but our community tends to be not that sporty particularly when it comes to running so I thought it would be a fun way to encourage people to run by running for a cause. But I discovered that actually a lot of members of the younger generation are really into running and they have come on as volunteers and have really helped with the planning of the run. Also, in Ottawa a lot of people run as a sport or hobby so I thought it would be a good way to build bridges with local runners to get them to come out and support a humanitarian cause. This is a professional run; we have even hired a company to ensure people can record their times which is important for professional runners and people who are trying to record enough runs to qualify for various marathons. So this event has a wider appeal than a regular fundraising event.

In recent years, with annual events such as the Palestinian Festival, it seems that there is an emerging generation of young Palestinian Canadians who really want to showcase their heritage and raise awareness about Palestinian issues in a Canadian context. Do you feel your initiative is part of this growing trend?

Growing up as Palestinians, we are always brought up with a good understanding of our history and our cause so wherever we go we bring the cause with us. The younger generation identifies strongly with being Canadian but the cause is still there so they are active in reaching out and working towards a just solution to the current conflict, promoting peace, and trying to make sure people understand Palestinian perspectives. You are not just seeing this in Ottawa but all around the world.

Why did you choose to fundraise for UNRWA?

UNRWA has a long track of being a reputable charity and has a long history of working with Palestinian refugees on the ground. They have established programs; they have schools; they have health clinics so I feel really comfortable supporting them.

Why do you think it is important that we do not overlook the mental health needs of Palestinians in Gaza?

A lot of the aid and relief to Gaza has been focused on providing the basic necessities to keep people alive which makes absolute sense given the ongoing siege but the mental effects of the siege and the wars in the past few years cannot be minimized. We do a lot of mental health awareness raising here in Canada. We know how traumatic events can affect our mental health. So just imagine for children living in Gaza they have already gone through repeated war and destruction which they have witnessed firsthand. There is a population of children who may never have the chance to heal emotionally and become functioning adults. We want to give these children a chance to recuperate and find a positive meaning to life. Many of them have lost parents, siblings, grandparents, friends so if you don’t give them hope and tools to cope and rebuild their lives then we have lost a whole generation of Palestinians who we need to rebuild the society.

Do you hope that this becomes an annual event?

That is my objective. I’m also working hard to make this a national project. I’m working closely with Run for Palestine in Toronto. There is a run that will be taking place in Hamilton, another in London, Ontario. We are also recruiting people in Montreal and other cities.

Do you feel that the war last year in Gaza has increased awareness among your average Canadian about the plight of civilians in Gaza?

The past war caused major destruction. There are places that were levelled to the ground. So there has been a lot of media attention. I’m focusing on the humanitarian aspect because no matter what side you are on you can agree that this war has taken a devastating toll on civilians in Gaza. On the UNRWA website you can find a lot of testimonials of the impact of the siege and the war on people’s physical and mental health; there are a lot of heart-wrenching stories. But these people are trying to find hope amongst the rubble and rebuild their lives.

The reality is that Palestinians in Ottawa are quite a diverse community-you have people from every region, Muslims and Christians and those who do not identify with any religious community, and people who support different Palestinian political parties. Do you feel that fundraisers focused on humanitarian causes are a good way of bringing Palestinian Canadians together across their differences?

In all communities there are different political parties-look at Canada! When it comes down to the humanitarian issues and the suffering of people everyone will come together. Yes, definitely things have been politically charged in the last while but as people with different opinions and identities we are unified when it comes to humanitarian issues-Christian or Muslim, West Bank to Gaza, we come together. I have worked with a number of people over the years who come from different Palestinian backgrounds and it is not hard for us to connect.

How has it been getting people who are not Palestinian involved with the run?

When I went into this I had no predictions about how people who were not Palestinian would perceive it. Some people might worry that it is political because it is about Palestine. But we are focusing on the humanitarian situation. But surprisingly more and more people are registering who are not Palestinian or even Arab. It will take time and hopefully next year we will reach out even more. We are promoting staying healthy and being active; we are promoting volunteerism and charitable giving so these are the aspects of the event that we think can appeal to everyone.

Can people participate even if they can’t run?

If you can’t run you can do a 1 K walk as well. Also, after the run there will be a BBQ with traditional Palestinian food, live performances of Palestinian music, dabke, a dj, bouncy castles and face painting for the kids. So it is an opportunity to celebrate and connect with Palestinian culture and just have a fun day out with the family.