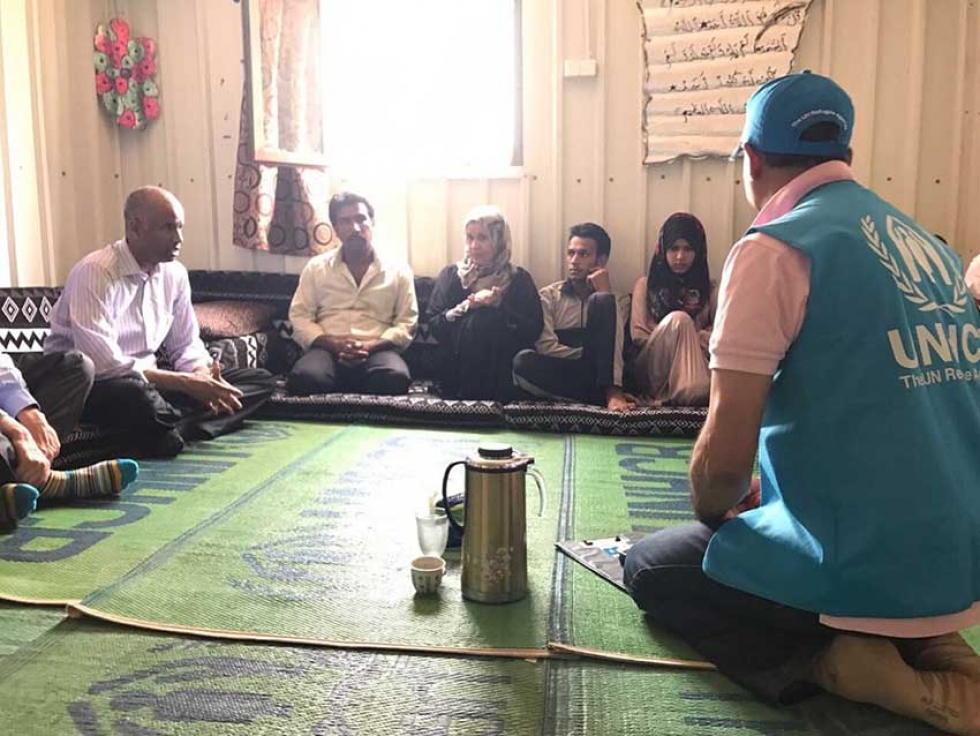 Written by  Immigration, Refugees and Citizenship Canada
Published in News

“Each year, millions of people are forced out of their homes due to conflict, war and persecution. In 2017, a record 68 million people were forcibly displaced from countries in continued crises such as Syria, South Sudan, the Democratic Republic of Congo, Yemen, and Myanmar. Canada has a longstanding tradition of providing humanitarian support to people from all over the world fleeing war and persecution, and we remain committed to helping refugees as they rebuild their lives in safety.

“No one becomes a refugee by choice. We are all capable of helping refugees rebuild their lives and protecting them from famine and warfare.

“The successful resettlement and integration of refugees has been critical to the development of our nation. Throughout Canada’s history, we have seen refugees and their descendants become productive and contributing members of our economy, our society and our cultural life.

“Since November 2015, our country has welcomed more than 90,000 refugees, including 52,000 Syrian refugees. We have welcomed more than 1,300 survivors of Daesh and their family members, including vulnerable Yazidi women and children, and as announced in Budget 2018, we will resettle an additional 1,000 vulnerable women and girls from conflict zones around the world. We are proud to be among the top resettlement countries globally.

“Canada is addressing the gaps in education for the world’s most vulnerable women and girls. Two weeks ago, at the G7 Summit in Charlevoix, Canada, the European Union, Germany, Japan, the United Kingdom and the World Bank announced an historic $3.8 billion dollar investment for girls’ and women’s education and skills-training in crisis and conflict situations.

Today, on #WorldRefugeeDay, we honour the resilience and strength of refugees and displaced people, and acknowledge the profound hardships they face. https://t.co/0uKCUO3GCR pic.twitter.com/IkBPE0sZiP— Justin Trudeau (@JustinTrudeau) June 20, 2018

“Further, the Government recognizes the specific vulnerabilities faced by refugees who identify as LGBTQ+. The Government is committed to working with organizations internationally, nationally and locally to further enhance its understanding of the needs of this vulnerable population to ensure their protection.

“We remain concerned about the welfare of refugees worldwide, and particularly in recent months, the welfare of the Rohingya people and other minorities in Myanmar and Rakhine State. We will continue working with our international partners to address the protection needs of those displaced by the conflict.

“While the Government remains committed to respecting domestic and international obligations regarding refugees, we continue to enforce our laws and procedures to protect the border, and the health and safety of Canadians.

“Canada is a country that values compassion, openness and diversity. These are the principles that we honour on this World Refugee Day”.