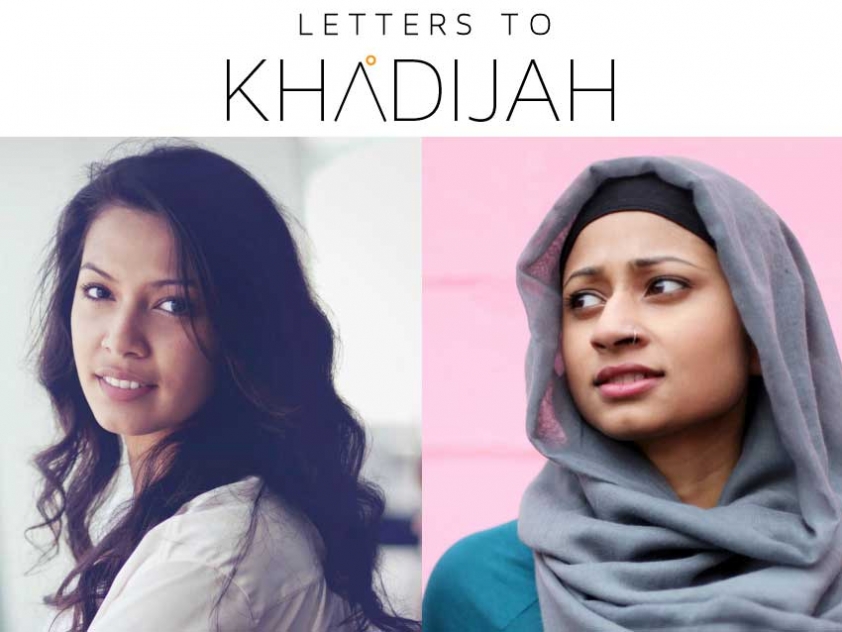 Letters to Khadijah Comes to Ottawa

Letters to Khadijah is the creation of Vancouverites Tahia Ahmed and Romila Barryman. They run sessions for Muslim women to connect while exploring the complexity of their identities in writing.

They are coming to Ottawa on July 27th as part of their national tour.

Muslim Link interviewed the duo about creating safe spaces for Muslim women to explore their diverse identities and share with one another despite their differences.

1. Tell us about yourself (age, ethno-cultural background, education, work, any other highlights that you think would interest readers)

My name is Tahia Ahmed, I am 22. I was born in Bangladesh where both my parents are from. I am a community activist and researcher. I also co-founded ArtQuake, a youth driven arts organization.

My name is Romila Barryman! I inched closer to the quarter of my life this year and turned 24. My mother is Indonesian and Yemeni and my father was born in Afghanistan and raised in (what was then) the Soviet Union. I am a writer in the booming tech sector in Vancouver and co-Founded Textbook, a publication on entrepreneurship.

We met through mutual friends but it was an entire year later that we bonded over the mutual love for a rabbit that Romila was bunny-sitting.

Tahia would visit, visits turned into venting marathons, which quickly turned into a place of refuge for both of us. Being able to talk to each other was being able to finally share our individual, complex, experiences. If we could create a fraction of the safe space we had in each other with other Muslim women we could indulge in dialogue (and sometimes just ranting and venting) all across Canada! As you can see this project is an incredibly selfish endeavour. We slowly realized there were so few places that could hold the intersections of being a Muslim woman. Existing spaces like Mosques, on-campus groups, and even our families, have their own framing of what it means to exist as both.

3. How did you come up with the idea of Letters to Khadijah?

There's no "right way" to be a Muslim. Some call themselves Muslim with a spiritual identification, but others may hold it merely as a cultural, intellectual, or ancestral connection. There is no "right way" to be a woman. Some of us find our identity as non-gender conforming and others pair their femininity with queerness. Letters to Khadijah is a chance to re-imagine the stories that have been created for us from both outside and within Muslim communities. This is an opportunity for us to complicate the understanding of what it means to be Muslim and a woman.

Khadijah (pbuh) is our center point. She stands as a pivotal female figure in Islam and yet a prime example of a Muslim woman whose story has been told for her. Our letters to her give us a chance to take back the mic and dream of who she was, what she means to us and tell her our stories.

4. What have been the highlights of some of your Vancouver sessions so far?

How much we have gotten to laugh. In both our sessions in Vancouver, we've seen individuals stop mid-sentence because they've realized they have never had the chance to share their stories before, pause with uncertainty about their safety in telling it, looking up to see all of our faces, finally finishing the story and breathing an incredible sigh of relief. The biggest highlight has been in seeing women just get to be themselves - their full, complete and whole selves. Everyone has such a fullness in personality, riveting stories and a way with words. Also seeing how we face disagreements is beautiful! Because the sessions are so diverse, polar opposite in opinions are met. And yet, the way individuals initiate dialogue about their differences blows us away. Everyone who enters has an interest in hearing each other more than they do about telling their own stories.

In the wake of legislated racism and Islamophobia in Canada, along with the Harper Government's open hostility towards Muslims both here and abroad, it is absolutely necessary that this project is national in scope. Letters to Khadijah is not a reaction or challenge to government actions, there are many other human rights and advocacy groups that are better suited to do this work. Letters to Khadijah is a place of healing that is needed within our communities.

"Tweets to Khadijah" was a live video panel that would speak on the power of storytelling. Although the women we choose were women-identified writers, storytellers, and activists who were Muslim, they did not need to speak on their experiences in that intersection. We wanted to host something that people could interact with from their homes during Ramadan. We had an idea of our dream panelists and when it came down to it we honestly just asked. We were as surprised as anyone else when all four panelists agreed to participate in Tweets to Khadijah from their respective places all across Canada. It was a blast! 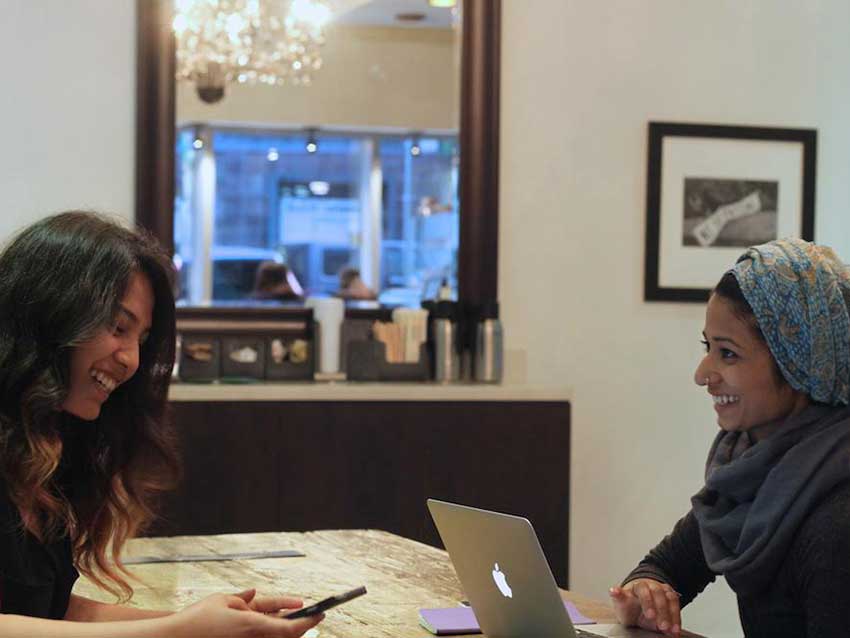 7. Who have you partnered with for your Ottawa session?

We don't have any official partners for any of our letter writing sessions. Our biggest support network in Ottawa is our host venue, Faith House Ottawa. They are not only helping us connect to the local community but also supporting our ability to uphold our session as a safe space!

8. You indicate that your Ottawa session is not sectarian and LGTBQ inclusive, why was this important for you to state?

All of Letters to Khadijah events are non-sectarian and LGBTQ+ inclusive. This is important to state because the majority of spaces that exist for Muslims are not usually either of these. Clarifying this allows individuals from minority sects and from the LGBTQ+ community to not have to assume that their safety and their identity will be welcomed in Muslim only spaces.

9. We hear a lot about the ways in which Muslim women are marginalized by Muslim men and Non-Muslims, but the reality is that Muslim women actively marginalize each other. How do you hope that your writing sessions will help more Muslim women see, understand, and accept their own diversity?

That's a great question because Letters to Khadijah does not exist to play defense against Muslim men and non-Muslims. We're not protesting against our injustices, we're not asking for a greater community to pay attention to the diversities our safe space can hold. We quickly realized that if we kept speaking to mainstream audiences like we did with The Tyee and like we were requested to do with CBC Toronto just last week, it would put us in that very position every time and our message would become lost. Letters to Khadijah is about allowing Muslim women to focus on ourselves and each other. We've seen intergenerational dialogues between mother and daughter, dissected the racial hierarchy within Islam between various ethnic backgrounds and debated the exclusion based on sexual orientation from so many. We've joked freely and laugh without safeguards but also listened to the serious talks in common experiences of migration and relating to their families.

Yes, the session is free and only open to self-identified Muslim women (including trans, two-spirited, and gender non-conforming folks).

To learn more about the Letters to Khadijah session in Ottawa on July 27 click here.