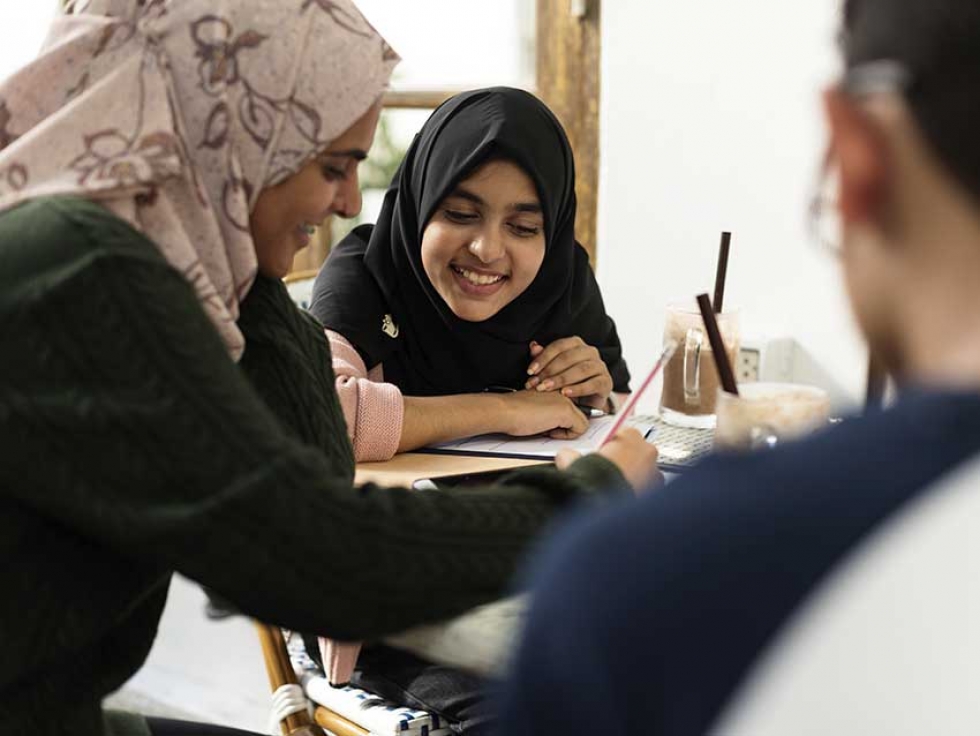 Islamophobia in schools: How teachers and communities can recognize and challenge its harms

Recent overt attacks against Muslims in London, Ont.,Hamilton and Edmonton have surfaced and exacerbated the fear that Canadian Muslims have been living with for many years.

A few weeks ago, I porch-visited a friend. I was about to knock when her daughter opened the door and said she was off to have ice cream with her friend. She said “Goodbye!” and left her home without her hijab. I was heartbroken. Even though my friend lives in a part of Missisauga, Ont., a densely Muslim-populated city in Canada (also referred to by its Muslim residents tongue-in-cheek as “Muslim-sauga”), she and her three daughters do not feel safe.

They are afraid to be visibly Muslim for fear of being identified and targeted for their religion.

I’m an anti-Islamophobia researcher and educator focused mostly on Islamophobia in schools. My research suggests that Islamophobia is not only manifested as isolated incidents or overt attacks. Islamophobia shows up frequently in covert ways.

Here are five seemingly innocuous attitudes that educators and school communities can learn to spot and address.

1. “I treat all students the same” or “I don’t see colour.” A comment I hear often from teachers and administrators is “I am not always aware of Muslim students as Muslims,” or “All students are the same,” or “I don’t see colour.” When I probe and ask more questions, I notice the fear of being perceived as an Islamophobe, or harbouring Islamophobic sentiments is camouflaged and wrapped up in such statements. Research shows that treating students the same means that all students receive the same treatment irrespective of their needs.

To have a “colour-blind” approach is rooted in the notion that being “different” is a deficit. Emphasizing “same treatment” and “colour-blind treatment” means covering implicit biases.

2. “Muslims in Canada are more respectful and civilized than Muslims in other parts of the world.” In my doctoral research, I explored the experiences of Muslim students in an urban public high school in Ontario with a reputation of having a large Muslim student presence. I found that teachers generally have positive relationships with the Muslims in their school communities. Yet something strange happens when they process the all-too-often negative narratives of Muslims in the media as suspicious, dangerous and backwards.

A teacher I interviewed for my research asserted that Muslims who live in Canada are very different from Muslims outside of Canada. Such views reflect and replicate what literary and cultural critic Edward Said identified as an “orientalist” and colonial narrative that living in the west (in this case, Canada) is “civilizing” Muslims.

3. Muslim students are considered spokespersons for their religion. Just as Muslim organizations are expected to be first to condemn any terrorist attack, Muslim students also find themselves called upon to condemn attacks, defend their faith and speak on behalf of their faith: “Does Islam oppress women? What does Islam say about homosexuality? Why are ‘Muslim’ countries in such disarray?”

Similarly, one teacher concerned about student academic integrity asked me “… does the Qur’an say that cheating is OK? Because in most religions that is not right.” The teacher could not fathom that a student who was wearing a hijab could also cheat in their class. The pressure of representing an entire religion, in its best form, is a daunting task for an adult, let alone for a student.

4. Divisive and dangerous Islamophobic narratives. Such narratives repeated in the media have a very strong hold in the societal psyche and negatively affect Muslims.

Some of the very first questions any visible Muslim female student gets asked is “Did your husband/father force you to wear hijab? Is your father/husband strict or controlling?” And irrespective of the answer, students feel that some teachers will not change their way of thinking no matter what evidence is presented.

Another example I encountered in my research is when a student spoke about his teacher. The student said the teacher “is fair in everything.” But when it comes to topics like Islam and terrorism, the teacher “holds on to his opinions…. Muslims in the class kept saying ‘this is not Islam,’ but I don’t think our message was received.”

5. Speaking about Muslims as if they are not “Canadian.” This is part of viewing any practice outside of a white settler normative culture as not “Canadian.” Students are contending views, such as those of one teacher, in my interview, who claimed: “Parents [of the Muslim students] do not want to accept the norms of the Canadian culture.” The “norms” the teacher was referring to were white settler norms. Students find themselves pressured to frequently profess their sense of belonging to Canada and assert their religious practices and beliefs are part and parcel of the Canadian mosaic. Similarly, when a 2016 survey of Muslims by the Environics Institute was released, media focussed on reporting mainly about the sense of belonging and “Canadianness” of Muslims.

It is clear that classrooms and teachers are not insulated from these broader negative narratives and media points of view.

I am worried for Muslim students navigating a system with embedded Islamophobic sentiments. Some young women are taking their hijabs off; other Muslim students may struggle with academic disengagement, mental health issues, difficulty reconciling their Muslim and Canadian identities and suicide, to name just a few issues.

I am also worried that teachers, with their work intensification, do not know how to support their Muslim students.

Get to know each other’s communities

As I was winding down that day, images of my friend’s daughter’s forced smile haunted me. I opened my Qur’an to find solace and comfort. I came across a verse I use frequently that Prophet Muhammad shared in a climate of racism 1,400 years ago: “We have … made you peoples and tribes that you may know one another” (49:13). This notion has served as one of the powerful takeaways in my workshops to teachers and faculty members about how to actively be an anti-racist.

Racist beliefs cannot find root in the minds and hearts of those who genuinely and frequently get to know each others’ communities. Knowing each other helps allow for the unlearning of racist conditioning that we have been saturated in.

When we know each others’ communities, we understand and we support one another. We strive to be anti-racist, and thus amass the force needed to dismantle systemic and institutionalized racism in our spheres of influence.

Asma Ahmed is an adjunct professor at Niagara University, Faculty of Education. She has a PhD in Critical Policy, Equity and Leadership Studies (CELPS) from Western University. Her research revolves around supporting and improving a more equitable education system. Her work focuses on examining the barriers and supports related to marginalized and racialized students. Currently her focus is on the experiences of Muslim students in public schools and private Islamic schools in Ontario, Culturally Responsive Pedagogies (CRP), anti-Islamophobia education, and particularly, educating against Islamophobia for teachers. Asma conducts workshops on anti-islamophobia for pre-service teacher candidates, for in-service teachers and professors. She has mainly been spending her time writing about how teachers can use culturally responsive pedagogy to support their Muslim students in K-12 public schools and she is developing a theocentric pedagogy for K-12 MAC Islamic schools. She is also facilitating courses with the Centre of Islamic Thought and Education (CITE) at the University of South Australia.