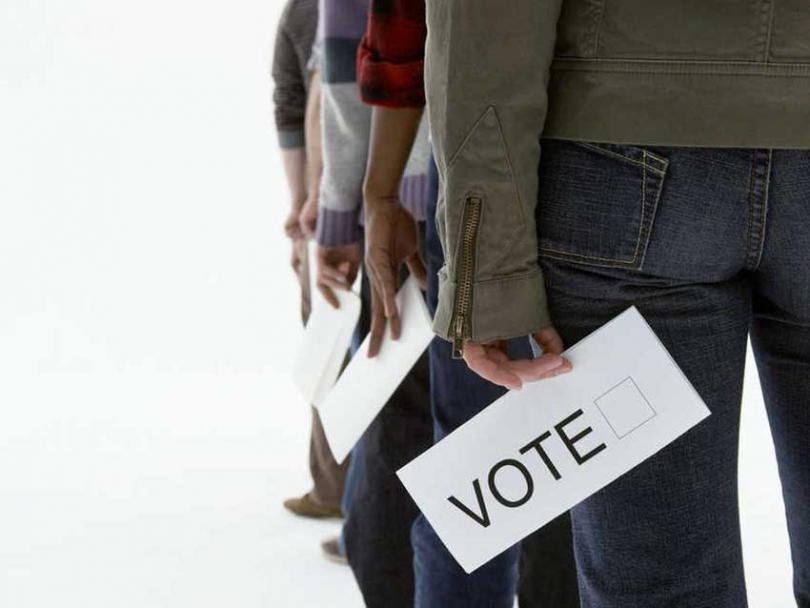 FIRST PERSON: Muslim youth get a taste of local politics

The first Voice of Muslim Youth provincial election engagement session took place on Sept. 10 at Ben Franklin Place. I decided to organize this session after attending the Voice of Muslim Youth's Town Hall Meeting in July, when concerns around the lack of Muslim political engagement were raised. I told Kauthar Mohamed, the co-founder of VOMY, that I had an idea of how to get Muslim youth interested in politics by showing them how the issues that concerned them most were linked to Canadian politics.

As the Ontario provincial election is taking place on Oct. 6, I felt there was a great opportunity to encourage Muslim youth to vote in the upcoming election by giving them the chance to meet and discuss their concerns with local provincial candidates. Thanks to the sponsorship of the South Nepean Muslim Community and the Ottawa Muslim Women's Organization, we were able to cover all the costs related to organizing this important event.

At the session, about 25 young Muslims received basic voter information, such as knowing what riding they were living in and who was running in it (the majority of youth in attendance had no idea!). They learnt about efforts to increase the number of women running in Canadian Provincial Elections from a representative of the organization Equal Voice. Most importantly, they had the opportunity to hear responses from the Liberal Party's Yasir Naqvi, the New Democratic Party (NDP)'s Wali Farah and the Green Party's Alex Hill to six questions that were identified by Muslim youth and Muslim youth workers as current priorities for our community. Fred Sherman from the Progressive Conservative Party was also scheduled to attend but was unable to make it due to illness.

The six priority questions related to funding for specialized mental health programs for refugee youth; improvement of the academic standards at Ottawa's beacon schools; economic supports for refugees and immigrants; job creation in order to counter the underemployment of Muslim youth; improvement of the conditions at the Ottawa-Carleton Detention Centre; and lowering of tuition fees. The session was not designed as a debate. The MPP candidates in attendance were not permitted to challenge their opponents or speak disparagingly about other political parties.

After the responses to these fixed questions, the candidates were asked to respond to various questions from participants which ranged from demands for provincial funding for Islamic schools to more funding for programs to support the reintegration of people leaving prison. Muslim youth also asked the candidates about the options available for Muslims to get involved in Canada's political parties.

The Muslim youth who attended the session came out of it excited and with a deep sense of empowerment. They did not expect to find politicians who would be interested in answering their questions or even talking to them. Many of them were extremely surprised to learn that there were people running in the provincial election from similar ethno-cultural and religious backgrounds, from similar immigration/refugee backgrounds, and from similar age groups as themselves.

They now understand the connection between provincial politics and their own issues and concerns and are eager to learn more about the Canadian political system and figure out ways to actively engage in it. The VOMY youth who attended the session told me they were eager to organise a similar session after the election with the new MPPs.

When designing the session, I understood that it was so important to have the youth learn about the provincial candidates as people, their personal histories, why they chose the party they are running for, etc. In this way, they could engage with the candidates as people and thus humanize the politics. They could relate to the candidates and see how they reflected aspects of their own lives, backgrounds, struggles and concerns.

I feel that the session was a great success and hope to organize similar sessions in the future. A video recording of the VOMY provincial election engagement session will be posted on the YouTube Equitable Education channel (http://www.youtube.com/user/EquitableEducation) in the upcoming weeks.

Chelby Marie Daigle is a community activist who works in the fields of youth engagement, multiculturalism, and improving community-police relations. She is the co-founder of the Peace of Mind Series: Muslims in Conversation about Mental Illness which runs regular information sessions for Muslims in partnership with the Royal Ottawa Mental Health Centre.