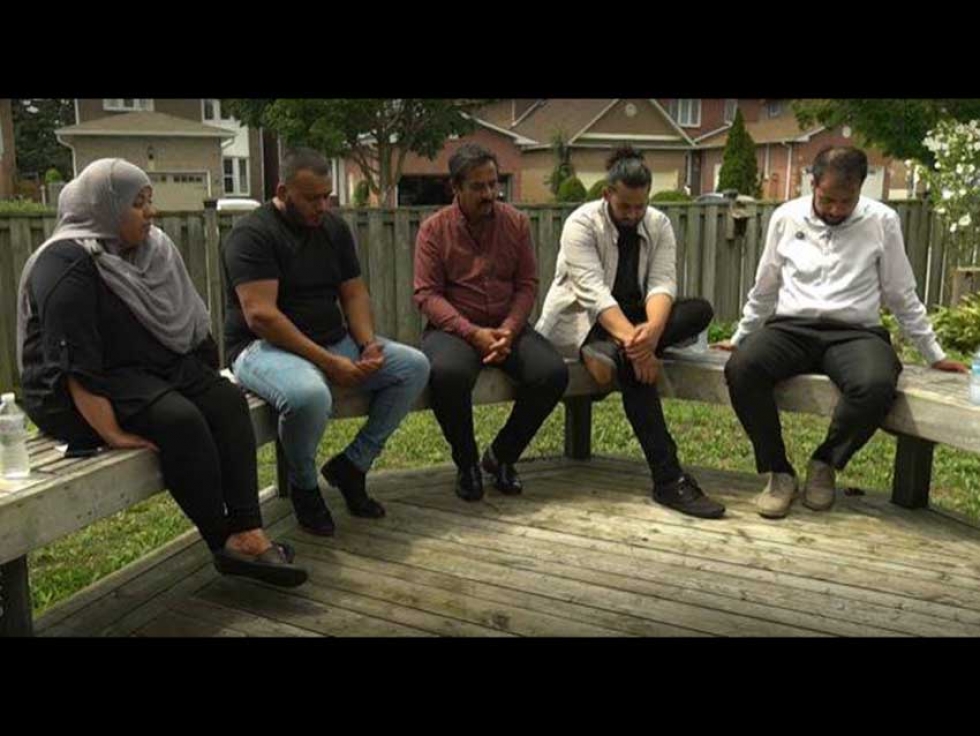 Members of the Faqiri Family gather and express their disappointment to media about the OPP's decision. Justice for Soli
09
Aug
2020

The family of Soleiman Faqiri express their profound sadness and disappointment in the Ontario Provincial Police’s decision not to lay criminal charges against any of the guards in relation to the beating and death of Soleiman (Soli) in December 2016.

Soleiman, who suffered from schizophrenia, was in custody at Central East Correctional Centre in Lindsay, Ontario, as he waited for a bed to open up at the Ontario Shores hospital. But on December 15, 2016, while transporting Soleiman from one unit to another, guards pepper sprayed Soleiman, put a spit hood on his head, punched and kicked him, and left him face down and restrained with his hands tied behind his back in a cell. Soleiman died during the attack.

The local police force, Kawartha Lakes Police Service, originally conducted the criminal investigation but declined to lay charges. After the ensuing public outcry, and with the benefit of new eyewitness evidence, the OPP agreed to reinvestigate but recently announced that they will not proceed with charges. They have told the family that they could not be assured of a successful prosecution against any of the individual guards.

Yusuf Faqiri, brother of Soleiman, spoke on behalf of the family: “My family is devastated by the OPP’s decision not to charge the people who killed my brother. We still can’t believe or understand why the people who killed him will not have to answer for their crimes. We’re finding it hard to maintain faith
in the justice system. It seems like that system only works for some people. But we will never stop fighting for justice for Soleiman and the many others just like him.”

The Faqiri family’s lawyers, Nader Hasan and Edward Marrocco, of Stockwoods LLP, expressed disappointment in the OPP’s decision. Mr. Hasan stated: “The OPP says that they can’t lay charges because they don’t know which of the guards put their knee on Soleiman’s neck, which of the guards put the spit hood on his head, or which of the guards delivered the fatal blow. This is a profoundly troubling interpretation of the criminal law and one that is completely unfamiliar to me and every lawyer I know. If you’re participating in a group beating, you’re liable for the acts of your accomplices. That’s always been the law in this country.”

The struggle to find justice for Soleiman Faqiri now shifts to the mandatory Coroner’s Inquest.

Mr. Marrocco described the Coroner’s Inquest process: “There is no mystery to what happened in this case – Soleiman was beaten in a cell by at least seven people while he was utterly defenseless. Within minutes of that beating he was dead. The Ontario Coroner’s Office has confirmed that an inquest will be convened as a result of what happened. At the inquest, a jury will hear the truth about those last, horrific, moments of Soleiman’s life. When the facts are finally made public, the inquest jury will have the power to return a verdict of “homicide”. We are confident that they will do so.” “We are confident that the truth will come out,” added Hasan. “We know what happened in that cell. So does the Ministry. So does the OPP. Soon the public will learn as well.”

In addition, on Saturday August 15th, the Justice for Soli campaign is organizing a rally in front of the headquarters of the Ministry of the Solicitor General at 25 Grosvenor Street to demand answers and justice in the killing of Soleiman Faqiri while under government care. For more details about this event, click here.