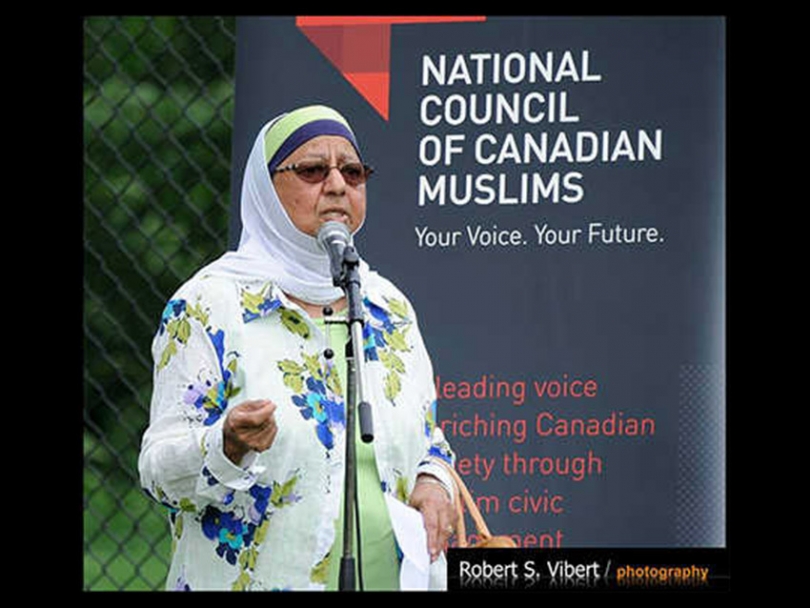 The National Council of Canadian Muslims (NCCM), formerly known as the Council of American Islamic Relations-Canada (CAIR-CAN), hosted a community picnic on Saturday, July 6th at the Dovercourt Community Centre ”“ and before a crowd of over 300, re-affirmed its mission to foster civic engagement in the Muslim community.

Simultaneous events were held in Vancouver and Toronto, but Ottawa was fortunate to have the founder, Dr. Sheema Khan, attend to sketch a history of the organization from its humble roots in Montreal to its incorporation as a national civil liberties organisation in 2000.

From noon to 5 pm attendees enjoyed free refreshments thanks to Olive Green, a local halal restaurant while the Assunnah Muslim Association donated tents and provided enthusiastic volunteers to man the barbecues. MPP Yasir Naqvi was on hand to reiterate the importance of NCCM as a national voice in the three key areas of media relations, human rights, and political advocacy.

The much touted name change was long pondered, said Ihsaan Gardee, NCCM's executive director. He said it serves to emphasize the Canadian identity of the body.

NCCM is a member of a coalition of civil liberty groups called Voices/Voix, and partners with Amnesty International as well as the Ottawa based International Civil Liberties Monitoring Group. Mr. Gardee cited its work for the Arar inquiry before Justice Dennis O'Connor in 2005, and mentioned the appreciation voiced by O'Connor for its “very professional . . . participation”.

Mr. Gardee spoke with passion of the need for capacity building in the rapidly evolving Canadian Muslim community and noted that while NCCM is not a religious institution, its focus on human rights and civil liberties is informed by Islamic values. He added that it's vital to “look out for others” as well as fellow Muslims. This solidarity is not only the right thing to do, but the smart thing to do, as it builds the social capital so crucial to a minority initiative.

Dr. Khan recalled that when she was asked to establish CAIR.CAN in 1996 her first wary question was whether her gender would be problematic.  When the response was a resounding no, she took the helm and never looked back. Too often the Muslim leadership sidelines women, but she feels that NCCM is inclusive and must be representative of all Canadian Muslims. Since 2005 when her term as chair of the board expired, she has played no formal role but wisely counsels that consultation and renewal will keep the organization dynamic.

Khalid Elgazzar, a lawyer who serves on the board, acknowledged that competition for community funds is fierce but that “we're in the business of dignity” and that NCCM is focusing on outreach, especially to dispel the perception that it is an elitist construct most accessible to an educated minority.

He admitted that the organization has, along with others, been criticized for not engaging the Somali community. He said the NCCM is striving to overcome these barriers so as to become a voice for all Muslims, irrespective of creed, age, gender, or ethnicity.