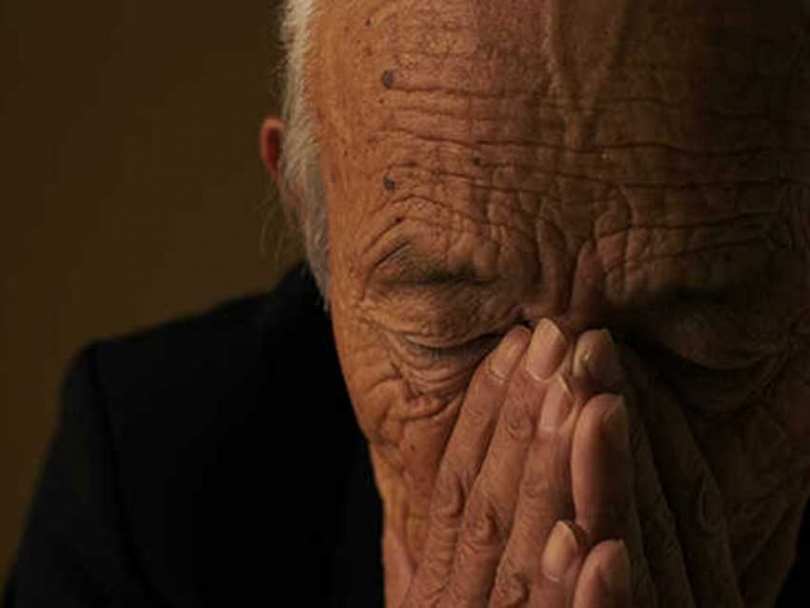 Unmasking mental illness in the elderly

Stroking the gnarled hands of an arthritic eighty-something pensioner, a young medical student overcomes her repugnance of old age, poor health and the fear of death to give a brief moment of herself to a woman sixty years her senior. In the twilight of her life this once vital personality has been reduced to sporadic contact with strangers who have become watchers over her.

She is sombre and unsmiling. She shuffles into the office wearing an unravelling sweater of indeterminate color. Her thinning gray hair is too sparse to hide the vulnerable scalp beneath. There hangs about her an odour of mustiness and disuse. To all inquiries she remains mute and mostly immobile. Her blood pressure is high, her heart mostly sound, but she suffers from pain ”“ constant aches in her hands, her back, her knees, and everywhere.

Unrelenting pain became her constant companion when all other companions fled. It felled her spirit, and two sons, both living nearby, no longer bothered to accompany her to appointments. When it became clear one day that her medication wasn't working, she was sent to see the on call psychiatrist who immediately admitted her to hospital and there began the remarkable recovery of a feisty old lady who wasn't done with life.

Although mental illness is at last emerging from the shadows to become a bona fide disease, it's under reported in the elderly. Healthy seniors are the most contented demographic of society but with steadily increasing life spans, the inevitable limitations of illness and cognitive decline can lead to unrecognized distress among this population. But the cult of youth that marks western society means that the complaints of querulous seniors are often rationalized as a normal reaction to incurable disease.

Dr. Linda Gobessi, one of four geriatric psychiatrists at the Geriatric Psychiatry Community Services of Ottawa, puts paid to this notion. In fact, she reports that the greater the burden of organic disease, the less likely that major depression, the most common antecedent to suicide in the elderly, is diagnosed. The reason is simple. The key symptoms ”“ insomnia, sadness, weight loss and vague bodily complaints - are brushed aside as logical responses to poor health.

Meet Mr. M, a widower who's suffered a stroke and needs a walker.  Despite peering through thick glasses, he can't see that well. And his hearing aids emit a faint interminable whine but he can't really hear the conversation. Add memory loss to this desolate picture, the solitary days following his bereavement and frustrated children who can't bear his decline. This is Dr. Gobessi's typical patient.

She does treat a small but growing number of Muslim patients who, like their fellow sufferers are wracked by the shame of having to see a psychiatrist.  She confirms that the highest rates of suicide are still for elderly men who are particularly successful in their attempts ”“ the lethality of hanging and firearms almost assures a completed suicide.  Fortunately, she reminds us, the elderly respond well to medical treatment, and give the lie to the assumption that they have legitimate reasons to be sad.

Amanda Masterson is a case manager here and spends her days conducting the home visits that other clinics don't provide. Based on referral by family physicians, staff from inpatient wards and the geriatric assessment outreach team, she is the first point of contact for a troubled patient. {sidebar id=42}

A social worker by profession, she and her colleagues will visit the home to delve into a patient's domestic life which can yield a clear picture of their situation. She sees, unfiltered, the insidious effects of the social isolation that pervades the world of housebound seniors without occupation or intimate human contact. Her army of front line staff triage cases so that the most pressing can quickly meet with the psychiatrist.

Caseloads are high. She counsels families on strategies to cope with difficult behaviours, such as repetitive questioning by the demented, encourages re-engagement with the world beyond their doors by facilitating attendance at day programs such as the Day Away program connected to the Community Care Access Program, or the Let's Get Together program which encourages interaction for those with depression without dementia.

Music and visual art are creative pursuits that soothe portions of the brain that modulate emotion and are beginning to be recognized as powerful antidotes to anxiety and sadness. Sadly, this type of therapy is virtually nonexistent.

However, the psychiatric home support provided by GPCSO is a godsend to those who cannot or will not leave their homes for the care they need. Dr. Gobessi says, “These conditions are common and treatable. Come see us and get help!”

And the graying woman in the graying sweater? She sashayed  back into the office several weeks later with a smile that transformed her face and lit up the room.  She had fought against the dying of the light, and won.