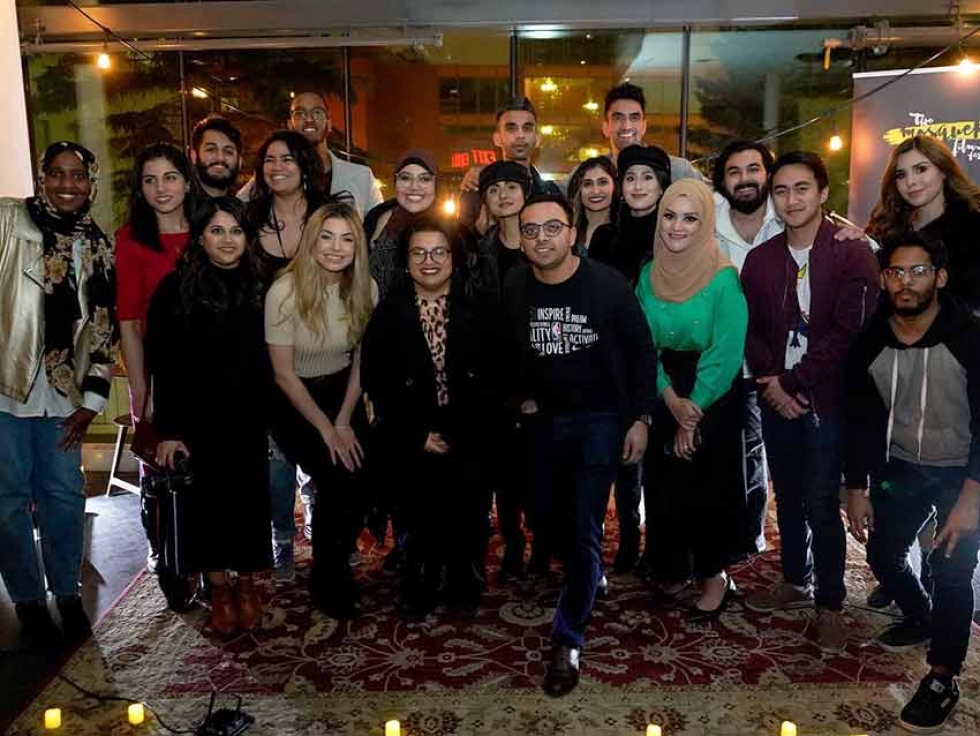 Beyond Islamic History Month: How Young Muslims Celebrate Their Identity Throughout the Year

I was recently introduced to Zeelaf Fatima, a young Muslim woman in Mississauga, who is working on a passion project that documents the histories and stories of Canada’s earliest South Asian Muslim immigrants.

The inspiration for "The Pioneers" came from hearing a friend’s grandparent tell a fascinating story about buying and raising animals for slaughter because he didn’t have access to halal meat in the ‘70s. She said it occurred to her that there was no record of the struggles faced by the earliest Muslims in Canada or even of their contributions to Canadian society. That heritage is something that she feels young Muslims should know about and be celebrating.

Over the years, I’ve sensed other young Canadian Muslims have begun to feel the same way about their community. There is a collective urge to recognize and celebrate other Muslims who are positive role models. Ironically, much of it has stemmed from a defense mechanism to 9/11 and the negative portrayal of Muslims in the media that followed.

Take for example, the Mosquers Film Festival in Edmonton, for which I was the media relations director back in 2016. It was started by a group of university students in 2006 as a reaction to the Islamophobia prevalent in Canada. The idea behind it was to challenge stereotypes through short films about Muslims. Now, 14 years later, it has morphed into much more that: filmmakers, actors and others are celebrated with awards; Muslim comedians and personalities host and entertain during the show; and there is an after-party during which Muslim artists and other creatives display their talents.

Similarly, in Toronto, a young Muslim professional founded the Muslim Awards of Excellence (MAX) in 2016 as a way to combat a rising wave of Islamophobia. The first annual gala event recognized the achievements of Canadian Muslim professionals and students. Over the years, the volunteer-run organization expanded to include a mentorship and scholarship program, as well as networking events throughout the year.

Then there’s events such as MuslimFest — an annual summer event in Mississauga showcasing Muslim artists, musicians and comedians — that started in 2004 and is now the largest Muslim festival in North America. Or the relatively new Muslim Market, which held curated Ramadan and Eid events at the Square One shopping mall in Mississauga. Part of the mission stated on its website is to allow “[Muslim] children to grow up seeing themselves and their celebrations represented as part of the larger community”.

A similar sentiment was the driving force behind The Green Room — a Muslim youth program in Edmonton — creating what they called the “Canadian prayer rug” in 2016. The aim was to “weave together the diverse stories of the Edmonton Muslim community, allowing Muslims to recognize the deep roots they have in this province, and establish the framework for the creation and thriving of an indigenous Canadian/Edmontonian Muslim identity.”

Not only are these organizations celebrating their Muslim identity, but they’re doing so in a way that is very professional, polished and Instagram-worthy. Millennials and Generation Z are no longer satisfied with connecting to their community at bazaar-style events held in dingy spaces featuring plastic chairs and music blaring on a glitchy sound system. The Max Gala is held in a ballroom at the Ritz-Carlton Hotel; the Mosquers Film Festival has been held at the Winspear Centre, home to Edmonton’s symphony orchestra. There is a sense of pride among the teams that put together events of this calibre.

For many second-generation Canadian Muslims who may not have a strong connection to the countries or culture their parents grew up in, coming together because of religious identity is a way to connect with others with shared values.

It’s important for the younger generation of any community to have role models, but I think more so for the Muslim youth in Canada that grew up in a post-9/11 world. Shedding light on people who are inspirational and celebrating the Canadian Muslim identity is not only a way to change the narrative about Muslims being violent extremists, but it’s also a motivator. It will only serve to push the younger generation of Muslims to do better and make even bigger contributions to Canadian society than their predecessors.

Sanam Islam brings readers compelling stories about the Muslim community in Edmonton and across Canada. She is an experienced Edmonton-based freelance journalist who graduated from Ryerson University's journalism program in 2008. Her work has appeared in numerous publications, including The Globe and Mail, the National Post, Financial Post Magazine and The National (a major newspaper in the UAE). She was also an on-air reporter for City TV Edmonton and OMNI News: South Asian Edition. Follow her on Twitter here