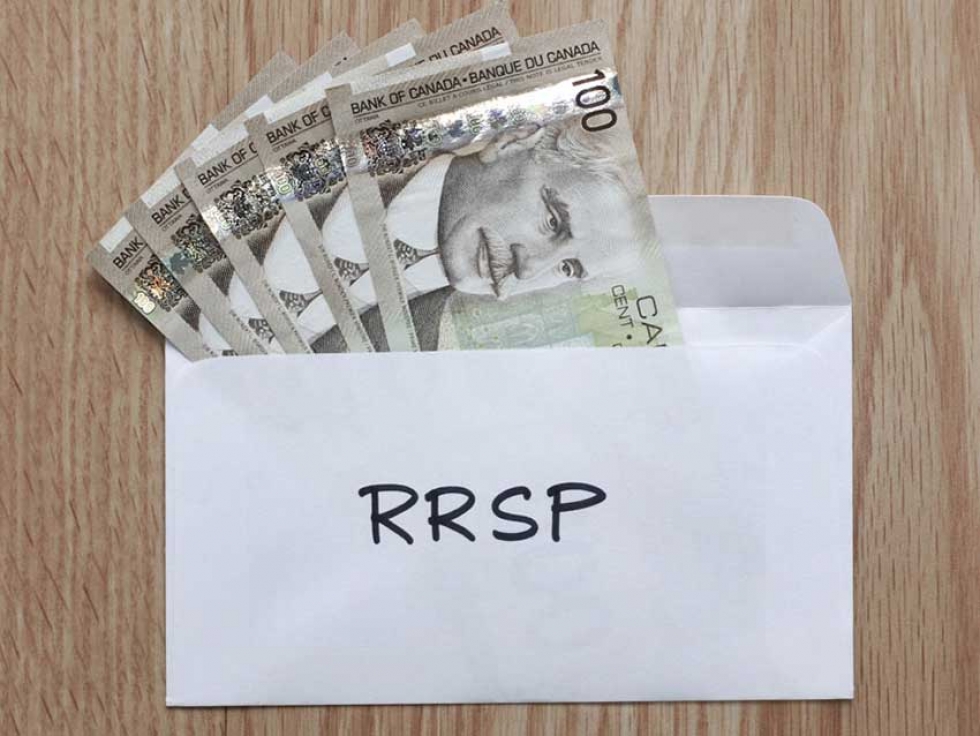 For example, if she saved $100/month for retirement in her RRSP, the company would also contribute $100/month to the same account. So even though she's only putting aside $100 from her monthly salary, her retirement savings account grows by $200/month.

Because the RRSP is a tax shelter, it comes with additional benefits. One, any growth in the investment, is not taxed as long as the money stays in the account. Two, whatever she puts into the RRSP reduces the amount of tax that she pays in the year that she makes the contribution. Finally, to contribute $100 to her RRSP, she doesn’t even have to reduce her take-home pay by as much as $100. If, for example, she was in a tax bracket where her income is taxed at 30%, she would have only seen $70 from that $100 of her monthly salary in her take-home pay anyway. So really, by giving up $70/month from her take-home pay, the company's matched RRSP program would have allowed her to save $200/month.

With such a good return on investment, Shash wanted to participate in the plan. Being keen to adhere to Islamic precepts, she first had to check that the investments were halal. "In the example of interests earnings, most people think it is stupid to say no to extra, legally earned income," she explained. However, citing how the Sunna (Prophetic example) guides Muslims "to earn and spend our money an honest way," it was important that her income was not just legal, but also halal from an Islamic standpoint.

Unfortunately, after reviewing the investment options that were offered and consulting halal finance experts, she realized that none of the plans where Islamically acceptable. They all had either fixed-income components, such as bonds or GICs (Guaranteed Investment Certificates), which give the investor a fixed return on their investment based on interest, which is haram (impermissible); or, they included investments in companies, such as banks, which make their money from interest.

Undeterred, she decided to ask for an RRSP that pays 0% interest. In its simplest form, this would be a savings account that pays no interest. If you were saving for retirement in your own personal RRSP, this wouldn't make much financial sense because there is no way for your investment to grow (although by the same token, you won’t lose your investment either). It's just a plain savings account. However, because the company is matching her contributions, her investment instantly gets doubled. She gets 100% return on investment, with no risk.

Initially, Shash's request was met with confusion. "The benefits manager at work had no idea what a 0% interest RRSP was and showed frustration with my request," she said, "They asked me to reach out to the RRSP account manager at the financial institution. This person never heard of halal financing and did not have any alternative to offer."

She continued to pursue the issue. "My mother says you already have “no” as an answer, it is yours to get a 'yes'. I knew I wouldn’t accept the RRSP if this wasn’t an acceptable income. All I could do is to take the chance to get a “yes” and make a change for me and future employees or to continue without this bonus income," she said.

She decided to take her request to the Chief Financial Officer (CFO). "After expressing my issue, the CFO offered to add to my salary the equivalent amount of what the company would have contributed the RRSP. However, this was not a fair treatment because as opposed to RRSP contributions, salaries are taxable," she explained.

While RRSPs are a tax shelter, adding the company's matching RRSP contribution directly to her salary would have increased her taxable income. This increase in taxable income would have put her in the next tax bracket, meaning that she would be taxed at a higher rate. So not only would she not be able to contribute to her retirement savings like her peers, she would also end up with less money than them because she would have to pay more in taxes.

After discussing the issue further, and explaining the benefits of the 0% interest RRSP, Shash was finally able to get the halal investment option she was looking for. "It took a couple of months and education to finally get the financial institution to create a 0% Interest RRSP fund. Which the company subscribed to in order for me and future employees to benefit from the RRSP contribution in an Islamically acceptable manner," she explained.

One of the keys to her successful negotiation was her patience and persistence in explaining what she needed and how it would be in the company's own benefit to offer it to everyone. "Rather than saying 'it is against my religion, this is wrong of you to deny me this right', it is better to educate and open a conversation," she said, "The RRSP contribution program is created by the employer as a perk to retain staff and reward them of their loyalty. By explaining that offering a 0% interest plan (or an alternative plan), the employer gets to offer to its staff an inclusive program which will strengthen employee engagement."

Commenting on Shash's course of action, financial advisor and Certified Islamic Finance Executive Jesse Reitberger said, “This is a great step she took. Many of my clients are faced with this dilemma because they want to n participate in the RRSP matching plan from their employer. But they will either deal in something haram or forego the plan altogether. Usually I set up RRSPs for them with halal investments but I can’t get them an instant 100% return only employee programs can do that. I hope more employers will step up to meet the demand for these alternatives for their employees. The next step would be getting investments that give a halal return like the Global Iman Fund.”

Sawitri Mardyani holds a PhD in Biomedical Engineering from the University of Toronto and has a keen interest in islamic Finance.