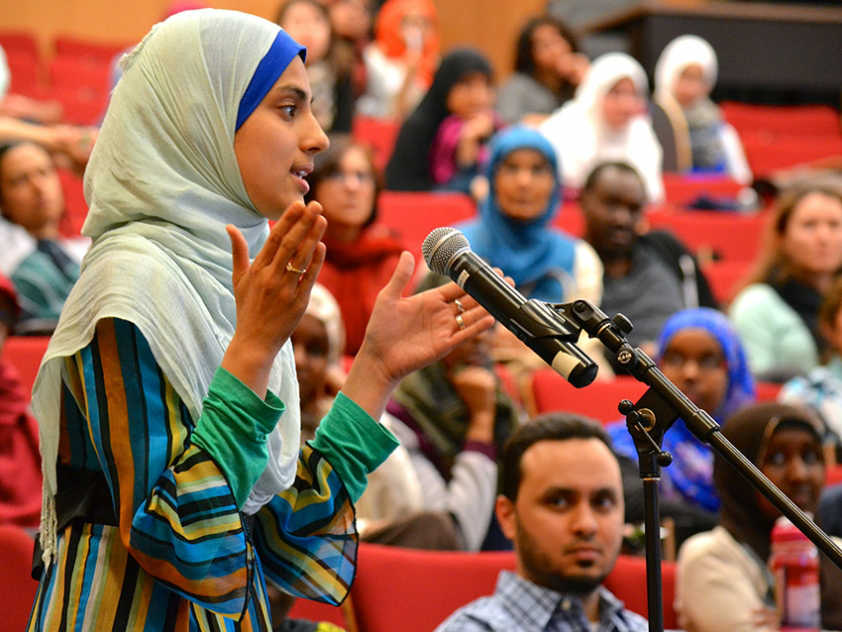 UnMosqued: How Do We Create a More Welcoming Muslim Community in Ottawa?

On Saturday May 10th, close to 200 members of Ottawa’s Muslim community attended a screening of the documentary UnMosqued at Carleton University and stayed for the discussion that followed. Exploring the ways in which Muslim women, converts to Islam, Muslims from various racial background, and youth in their teens and twenties often feel unwelcome and alienated from their local mosques, the film asks critical questions about the future of the mosque as an institution in North American Muslim communities.

Although focused on American Muslim communities, audience members expressed that the same forms of discrimination and exclusion existed in the Muslim communities of Ottawa-Gatineau. During the subsequent discussion, members of the audience shared their experiences of feeling excluded or discriminated against in their local mosques as well as in other Muslim community spaces, from student associations to conferences, because of age, gender, race, and class.

UmmahHub, a crowd-funding platform developed by young Muslim professionals Obaid Ahmed and Sonia Riahi, partnered with the Carleton University Centre for the Study of Islam and Muslim Link to host the event. “Hosting the viewing of UnMosqued was incredibly rewarding,” Ahmed explained, “Hearing the snaps of agreement, chuckles, and ameens from the audience was heart-warming because it validates that this community is aware of its issues and is frustrated by them - and there can only be improvement, innovation, and involvement when we acknowledge our pitfalls and are frustrated enough to change them. Discussions, alliances, partnerships - I saw this all take place in the hour following the screening. Creative projects, like UnMosqued, allow us to be open and constructively critical in a context of improvement.” 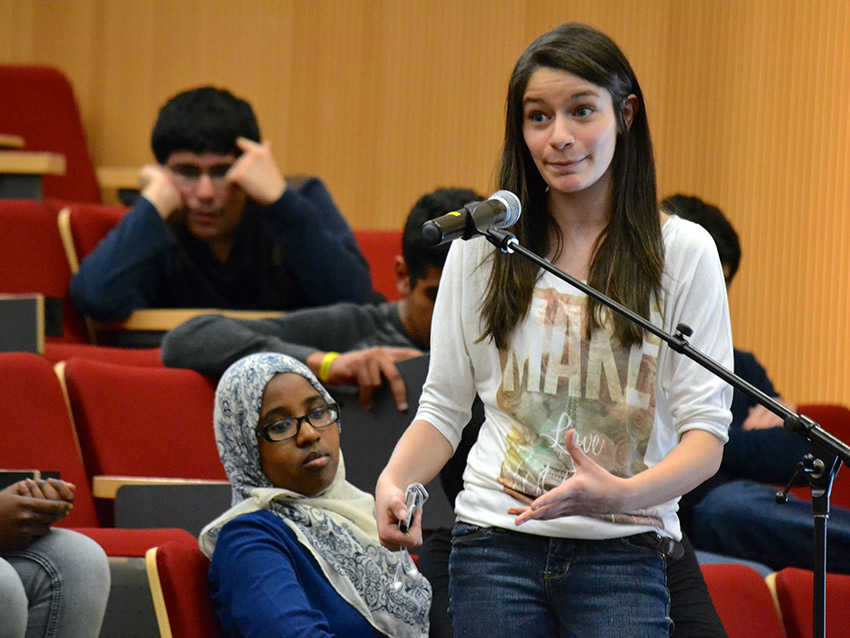 Two Muslim school teachers brought their classes to attend the event. Tal Hamdan, 15, who attends the Kanata Muslim Association’s Hikmah School, was initially unexcited about coming to the event. “Well, honestly, when I first heard about it I was expecting it to be like a typical Muslim event,” she explained, “It’s usually religious men and women talking about the problems today. They don’t really connect with the students. The solutions they provide are somewhat unreasonable, and when the event’s over with you feel somewhat pressured and sad about how you can’t meet their expectations,” she stated.

She however found the UnMosqued screening a pleasant departure from what she was used to. “When we viewed the film, it reached out to me like no other Islamic documentary has before,” she explained, “Everything they stated within it really connected with my day-to-day experiences of being a young Muslim raised within Canada. What I really loved about the event was that at one point we all had the chance to share our thoughts with the crowd. it was really interactive and really helped the event end on a happy and relaxed note.”