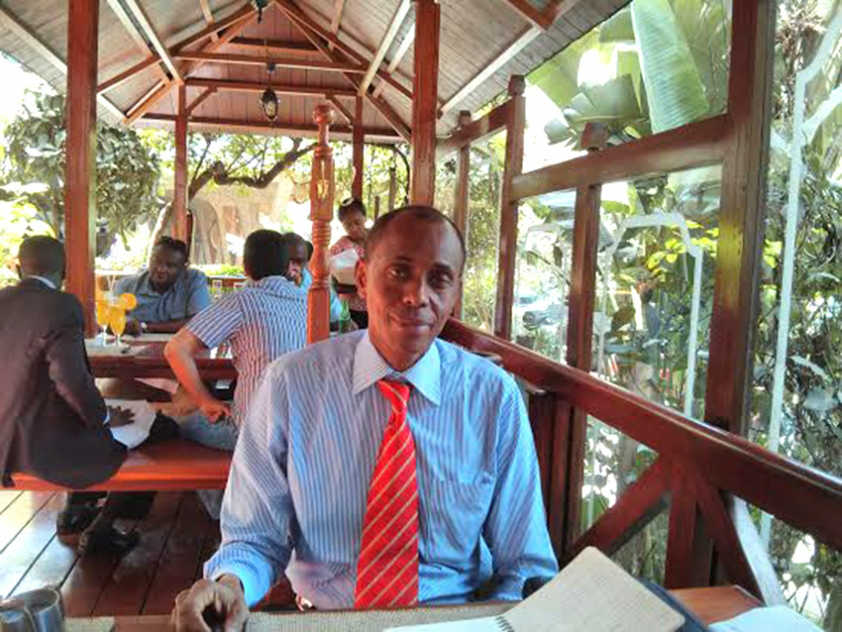 “The world has lost a hero”: Ottawa remembers Mohamoud Abdulle

On Friday, Febraury 28th, a memorial service took place at Ridgemont High School to remember and celebrate the life of Mohamoud Hersi Abdulle. The service was attended by Ottawa Chief of Police Charles Bordeleau, who also spoke, along with Mr. Abdulle's family, friends, and colleagues. He was killed in a terrorist attack on the presidential palace in Mogadishu, Somalia, on Friday, February 21, just a few days before he was about to return to Ottawa. He is survived by a wife and six children. Muslim Link invited Somali community members who worked closely with Mr. Abdulle to reflect on the impact of his life and work in Ottawa.

Abdulle, who had returned to Somalia to support the country's rehabilitation after decades of conflict, had left behind a formidable legacy in Ottawa. He held various positions that put him at the service of the community, including as a Multicultural Liaison Officer with Ottawa Community Immigrant Services of Ottawa (OCISO); a teacher with Ottawa Carleton-District School Board; an employment counsellor with Youth Services Bureau (YSB); and a social worker with a number of community & social services organizations.

Abdulle believed in the importance of young Somalis learning about their language and heritage so he started the Somali language program at the Ottawa-Carleton District School Board where he was the first teacher to teach Somali at the high school level.

He was also a committed believer that children and youth need support to succeed academically and socially. He co-founded the after school homework/literacy clubs that continue to run out of a number of Ottawa schools, where hundreds of children receive much needed academic help and support.

Abdulle's generosity and kindness were not limited to Ottawa, as he often supported and helped many in Somalia, be it by helping build schools, hospitals, and even an airport.

He will always be remembered as a joyful, tender, kind, and wise member of his community. He had an unusual ability of being able to work with everyone, regardless of who they were or where they came from or what political/religious views they had. He was always able to find something in common to bring people together.

Abdulle's life was tragically cut short by the senseless violence that has plagued Somalia for more than two decades. He gave his most precious and dearest gift of all, his own life. He believed in Somalia so much that he left his very comfortable and peaceful life in Ottawa to go to a war zone, Mogadishu, a place often described as the most dangerous place in the world. And yet, Abdulle remained optimistic about the future of his homeland.

As one of his closest friends said “the world has lost a hero”, but his legacy will continue. Rest in Peace and may Paradise be your reward.

I met Adeer (Uncle) Mahamoud about four years ago at Ridgemont High School's homework club. At the time another sister and I were looking to launch a volunteer youth program called Somali Canadian Youth Mentorship (SCYM). After sharing our proposal with him, he welcomed us with open arms and told us how proud he was to see young people wanting to give back and serve their community, especially to the most vulnerable, Somali youth.

He then went on to promise us that he would support our initiative for as long as he lived or we needed him. Over the following years, he became our dear friend, teacher and most of all, our beloved mentor. He delivered on his promise by attending all of our program activities; information sessions, graduation ceremonies and fundraising dinners. He never turned down our invitation except for when he was out of town. During the past year while he was in Somalia, he still stayed in touch with us and he always managed to respond to us very quickly. In honour and appreciation of his commitment and support to SCYM, and to continue his legacy, we have created a leadership award named after him. The “Adeer Mahamoud Abdulle Leadership Award” will be awarded to two youths (a male and female) at each of our mentorship graduation ceremonies,God willing.

Adeer Mahamoud was the first community leader that I had the wonderful opportunity to work with and it is because of my great experience with him that I started to get more involved. Today, I'm the Team Leader and Co-ordinator for the Annual Awakening Event, active volunteer member for the Canadian Somali Mothers Association (CSMA), and board member for the Somali Women's Circle Network (SWCN). Adeer Mahamoud has changed my life forever and I will always be grateful to him and his family! May God grant him the highest level of paradiseand may He protect, guide and assist his beloved six children. Ameen.

A trust account has been established for the support of his family. Donations are welcome.