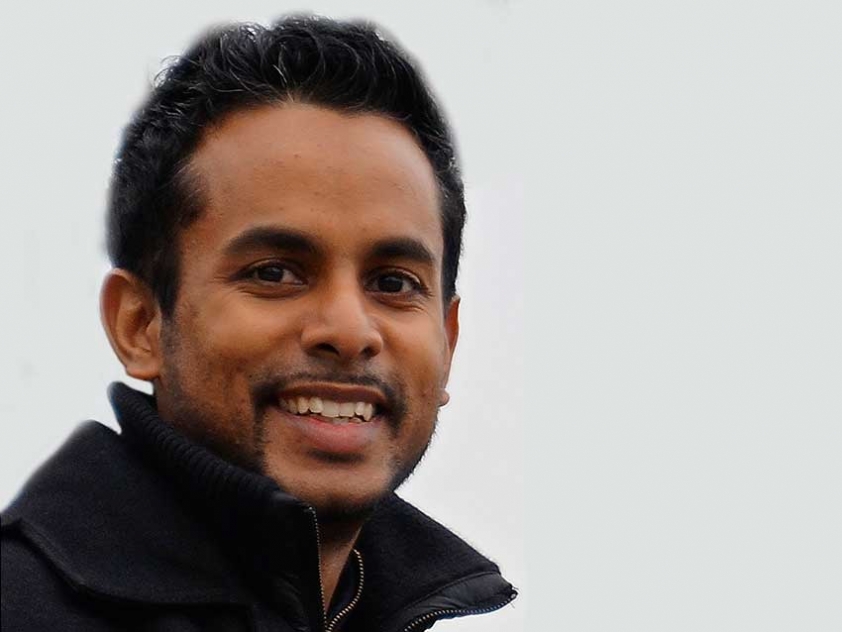 Muslim Link welcomes the current debate the recent changes to Ontario’s sexual education curriculum has stirred within the Muslim community particularly as it is encouraging parents to be more engaged in what their children are learning at school. We are publishing one perspective on the new curriculum from a Muslim Canadian principal in a Toronto-area public school. We hope to hear other perspectives on this issue and welcome submissions which are in agreement or in opposition. You may submit them to This email address is being protected from spambots. You need JavaScript enabled to view it.. To view an opposing opinion, read this interview with Farina Siddiqui.

Trinidadian Canadian jeewan chanicka reverted to Islam at an early age and has been an active member of Toronto’s Muslim community. He holds a Masters of Education from York University and focuses on working with at risk youth both within and outside of the education system. In this article, he refers to “competing rights”. This is a concept explored by the Ontario Human Rights Commission in their Policy on Competing Human Rights, which explores situations where people’s human rights conflict, such as in situations where one persons’ right to not be discriminated against because of their sexual orientation may conflict with another person’s right to freedom of religious expression. He also refers to the Ontario Human Rights Code which prohibits actions which discriminate against people based on protected grounds such as creed (religion).

Recently, there has been a lot of concern brewing about Ontario’s new Health curriculum especially as it pertains to sex education. Reactions have been strong with some advocates seeing it as “essential” to the times we live in while others see it as being “problematic” and feel that it violates the rights of parents and potentially their personal values or faith.

The key areas of conflict appear to largely surround two key areas: the ages at which children may be exposed to specific information about sex/sexual behaviours AND the fact that varying types of difference from the Lesbian, Gay, Bisexual, Transgendered, Queer (LGBTQ) community will be shared with children through conversations such as Family Structures e.g. Johnny has two dads. These areas have led to some polarization in varying communities with some calling for these areas to be mandatory while others see them as inflammatory.

In a highly diverse province such as Ontario, and within the context of Canadian diversity much thought must be given to how we respond to what may appear to be “competing rights” of some groups within society over others.

With regards to the appropriate age/s for children to be exposed to specific kinds of information, Ontario has always honoured the role of the parent. Parents have always had the right to ask for their child to have an accommodation during periods in which specific information connected to sexual health or activity were being covered. This was mainly due to the fact that some parents want to have these conversations with their children themselves. This right has not been removed and it is something that was reiterated by current Education Minister, Liz Sandals in a series of recent round table conversations she had with varying community groups. Ultimately, the assumption is that the Ministry is responding to the growing and changing needs of children through the curriculum.

There are some challenges to such withdrawal though- are families having these conversations with their children? What happens when the other children in the class participate and have conversations with a child who is withdrawn? How are communities supporting these conversations in their informal learning networks? While these are pertinent questions and issues with which we can express concern, a decision cannot and should not be imposed on families. By imposing such a “standard” on diverse groups of people, we are insinuating that one approach to addressing challenging and complex issues is correct. This is simply not the case. Groups of people from varying cultures have had diverse approaches to addressing such issues. Our role as a public school system is to provide a way to address emerging issues while respecting families rights to deal with these issues in the way they see best for their children.

The second piece that is being taken up as an issue is with regards to varying family structures that may be reflected within the LGBTQ community. There are those who would argue that this conflicts with their beliefs. Quite simply, in a cosmopolitan society guided by the Human Rights Code, requests for withdrawal when relevant learning such as “John has two moms” are read in a class cannot be permitted. Nor should “beliefs” be used as a caveat to engage in a conversation where we ask for it to be omitted from the curriculum or for families to ask that their children be withdrawn. It is a part of the Human Rights Code which guarantees the rights of all citizens – those of varying faith groups and those who comprise the LGBTQ community among many other groups. In the school system, children must learn that there are different kinds of families and to learn to respect those differences. In terms of religious ways of knowing the world- they learn that at home and through their respective community organizations.

All of the fear being engendered is causing families to make poor choices for their children. Some are withdrawing their children haphazardly from public schools and putting them into private schools. There are several repercussions to this. In some instances, families are putting themselves under huge financial constraints to support their children attending private schools. Additionally, some community schools are not equipped to support children's holistic development, which effectively means that segments of some communities are being ghettoized by sub-standard education standards. The result of fear is that we may be doing more damage to our children and community.

Fear and ignorance breeds hatred and has unintended consequences. With regards to the upcoming curriculum, we should remember that parents have a right to choose and decide what age is best to learn specific information around sex/sexual activity. There can be NO room for compromise in terms of helping children understand that there are different people in the world who live differently and see/understand the world that way. This may come in the form of various faiths or in other ways - LGBTQ is only one of them. Human rights must be afforded to everyone and cannot be cherry-picked.  What it requires though is a critical examination of the upcoming curriculum and the language within it. Furthermore, partnerships with teachers’ unions and boards of education to help train teachers who will be implementing the new curriculum will be critical.

There is a fine line that is being navigated which is supporting parents’ rights to make key decisions impacting their children, maintaining the human rights of all people while ensuring that those instructing  curriculum are not going to use it as an opportunity to “convert” students from a particular world view to another. This lack of trust fuels the fear that some communities are experiencing and are rooted in real experiences that they have had. Transparency with the curriculum and ongoing dialogue is going to be necessary if this is to be done successfully. In fact, schools will not truly be inclusive until we realize that the rights of each community are tied to each other. In essence, it means we need to move away from the notion of “competing rights” and seeing these as being mutual rights based on respect and an understanding of Human Rights.

This is a complex and challenging process to which we must remain committed if we truly want to create the kind of world we want our children to live in. The answers are not simple; because it’s difficult doesn’t mean we shouldn’t try. To maintain the integrity of a secular public education we have to be committed to uphold the diversity that exists in our society and the world. At the end of the day, we have to find a positive way to engage and support all our children. Ontario has been an educational leader in and has worked to meet the needs of our very diverse communities in a balanced manner that honours human rights. It is because we are committed to navigating what some see as “competing rights”. Really, what we’re talking about is respect. Respect for all our children and our families.

jeewan chanicka is a principal at a Toronto-area public school. He reverted to Islam at the age of 11.