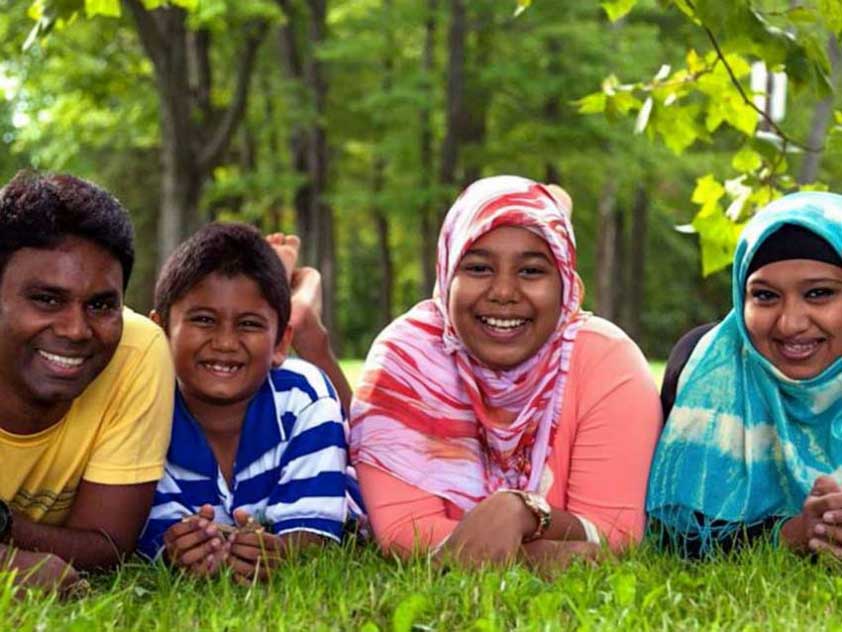 Screenshot from the video "Mutual Consultation" on the MarriageSuccess.ca website
03
October
2014

“People spend a lot of time [planning for] the wedding; what kind of dress, what kind of food, what kind of decorations and so forth, but you know, life really begins after marriage,” explained Jawad Jafry, director of the film series Marriage Success aimed at providing Muslim Canadians with a much needed resource to cope with the challenges and opportunities that marriage brings. Co-produced by Toronto-based Imam Hamid Slimi, the films can be found on the innovative marriagesuccess.ca website.

In an interview last year on the Canadian Islamic program Let the Qur’an Speak, Jafry said there was a need to bring Islamic knowledge and contemporary knowledge about marital relations together, which is what Marriage Success hopes to achieve.

“Muslims are facing challenges as anybody else,” he said in the interview. “But perhaps there isn’t material that combines the wisdom of Islamic source texts and Islamic scholarship along with social work professionalism and wisdom. So strategies from both sides are combined,” he explained.

Sponsored by Canadian Muslim charities The Faith of Life Network and Baitul Maal, Marriage Success includes six films that are ideal for those thinking about marriage, and have yet to tie the knot, and another four films for those who have already made the commitment. Each film lasts an average of eight minutes. Topics for those thinking about marriage include everything from discussing finances, to relationships with in-laws, to domestic violence awareness. Topics for those who are married include Mutual Consultation, Listening and Bonding, and Effective Communication.

The educational films are professionally produced and include explanations from Canadian Muslim experts in family counselling and social work. Several religious scholars also appear in the films to explain the Islamic principles at play. Dramatic scenes are embedded in the narrative, depicting a variety of scenarios involving a diverse cast. Viewers will also find links to related resources and detailed film notes.

This is a welcome and necessary resource for the Muslim Canadian community, and, if utilized, could help save families much stress and heartache.