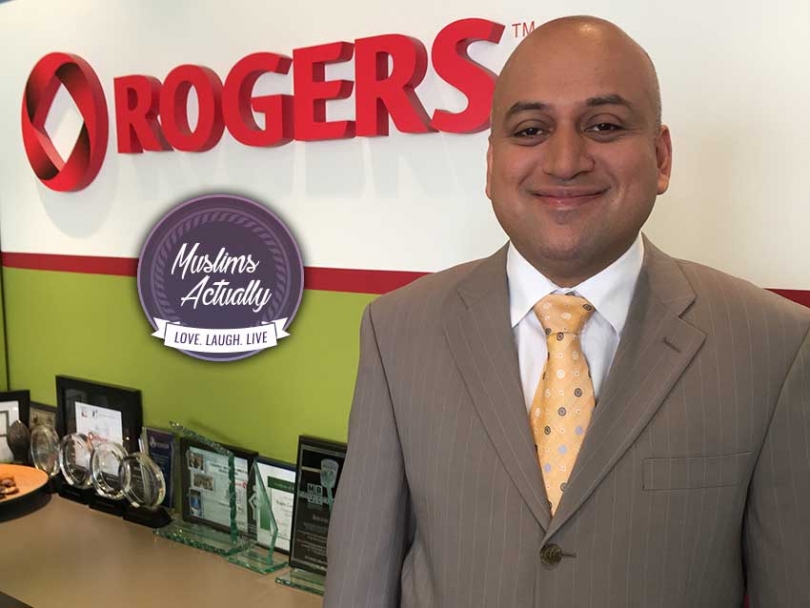 Muslims Actually had the opportunity to interview Wasim Parkar about his role as a producer with Rogers TV Dufferin-Peel.
09
Jul
2017

Wasim Parkar: Being a Producer with Rogers TV

Muslims Actually had the opportunity to interview Wasim Parkar about his role as a producer with Rogers TV Dufferin-Peel while the station was still on air.

I was born in a town called Chiplun, about eight hours away from Mumbai by road. Even though I was born in India, I never actually lived there, as my parents both had careers in Dubai.

When did you arrive in Canada and what prompted you to come?

I arrived in Canada in the year 2000, when I was 18. Like many other families of the South Asian Diaspora that live in the Arabian Gulf, my parents wanted my younger sister and I to have a better quality of life including access to affordable post-secondary education and healthcare. So they decided to move to Canada.

They also wanted us to have an understanding of how our decisions are part of a bigger picture and in that regard, us participating in a democratic process was very important to them. As an 18-year old with little interest in social issues and politics this did not resonate with me at the time, but now I am so happy that they had the wisdom and foresight to encourage community consciousness.

What did you do when you first arrived and what brought you into media?

When I first arrived in Canada I had to complete an extra year of high school as they had Grade 13 (OAC) back then. While I was quite bitter about this, it was actually a great way to ease in to a new country rather than going straight to postsecondary.

I then studied political science at the University of Waterloo, though I quickly found that my true passion was media. I spent a vast amount of my time at the Imprint, the campus newspaper, often to the detriment of my academics. First I would just proofread the articles, then in my second year I started going out and covering events, then wrote columns before finishing off as the editor of the opinion section in my last year.

After coming back to Mississauga from Waterloo, I had a regular 9 to 5 job, but my true passion for media was ignited. Through a part-time course at Humber College I learnt of the opportunity to volunteer at Rogers TV. I signed up, and the rest as they say is history.

Through volunteering as a crew member, reporter, host, I learnt so much and gained so many great skills and when an opening for producer came up in 2010, I applied and got my break in the industry. The station manager at Rogers TV Peel, Jake Dheer had seen my commitment and believed in me. He gave me the reigns to the stations weekly current affairs talk show – Talk Local and thus began a great challenging journey as a TV producer.

What does it feel like being a Muslim producer at a TV channel?

I look at myself as a producer first and foremost without any labels. My job is to look at the issues of the day from as wide a spectrum as possible. This does not mean I am not aware of my faith and identity.

As a producer who is Muslim, I can approach an issue related to Islam or Muslims with nuances that maybe a non-Muslim producer may not possess. Often times I have watched shows, panels, and discussions on another networks and thought, if only they knew better guests, accredited scholars, and the best representatives of the community. This is of course no easy task, and by no means am I some sort of authority on this, but as a Muslim myself, I do have the advantage to vet guests and invite them for the right purpose. In addition, there are probably angles that I can introduce into the discussion that a non-Muslim producer may not think of.

However, it is important to understand that conversations often take their own route regardless of intention. There is so much plurality in the Muslim community, that it is often extremely difficult and at times downright impossible to get a voice that is truly reflective of all Muslims in Peel, let alone across Canada or the world. You try your best to get as many different voices from the community as possible. In fact, it is also important to have good debate and have guests who sometimes may challenge and at times even completely disagree with a "Muslim" point of view.

Finally, I must admit, that sometimes being a Muslim and a current affairs producer simultaneously is quite depressing. Over the past few years our religion has become an almost daily part of the sociopolitical discourse. There are times when I wonder if I should even bother with terrorism, ISIS, etc; on the show. I just want to ignore it and then I see stories of hate and misunderstanding and realize I have to play whatever small part I can to promote understanding on the show, regardless of how difficult it can be.

What advice would you give others looking to get into the media field?

A career in the media is a labour of love. The honest fact of the matter is that you will almost certainly have to do a few years of unpaid work before you get your first paid gig in the industry. It's very important to do your research. Ask yourself, how do you define media? The industry is constantly evolving, even the biggest players are struggling to survive and define themselves in the digital age. Are newspapers, tv channels and the like still relevant? How do you define yourself as a journalist or broadcaster in the age of Facebook Live, Instagram? Even blogging now seems ancient.

If you still believe in the traditional forms of media, be aware that the competition is significant. Think of unique ways to make yourself stand out. Show your creativity in different ways and document your work online. Work hard, have an open mind, be engaged with the issues of the day, encourage your inner curiosity, but most importantly, approach your career in media with genuine passion, otherwise it will all quickly feel like a slog.

What can people (Muslims and Allies) do to challenge islamophobia and the way in whichMuslimsare portrayed in the media?

There is no silver bullet for this challenge. Islamophobia is unfortunately a reality that [we] have to face and fight. At the same time our misconceptions of other religions and beliefs are also a real issue which we don't talk about enough. Different approaches are required and I am not certain what the best one is.

The way I see it, in the current sociopolitical climate, the most important thing is to realize that the average Muslim is no different from the average non-Muslim. I think most people get that, but if recent events have taught us anything, there are still a lot of people who need to say it. I think mediums like the Muslims Actually Series are great, and I also think it would be great to have a show like "Little Mosque on the Prairie" once again. Ultimately though, I am not qualified to provide the best solution. It comes down to enlightened leadership at various levels and across different faiths inspiring their followers to reject hate.

Two diametrically opposite places. Either as an executive producer on a national current affairs show or an internationally renowned expert on football (wrongly called soccer in North America)!