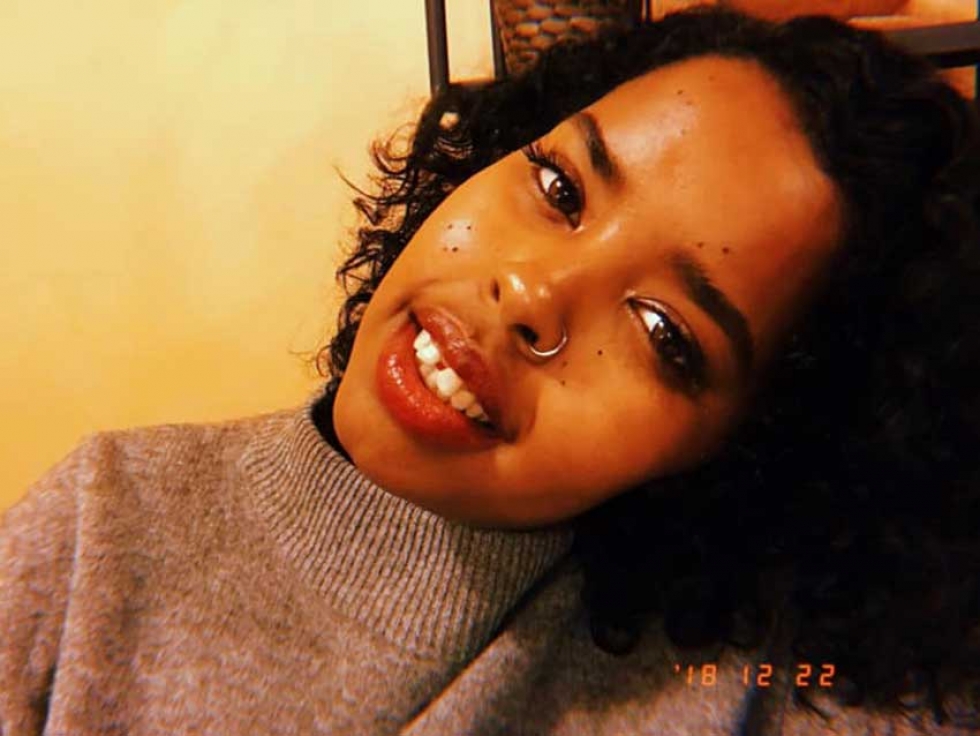 Grumpy: An Old Italian Man, A Young Somali Girl, and An Out of Date Christmas Lawn Decoration

Toronto-based Somali Canadian visual artist Riya Jama shares a story from her childhood whose moral reminds us to "Be kind – for everyone you meet is fighting a battle you know nothing about."

My apartment complex is surrounded by blocks of townhouses. Old buildings flocked by huge houses basically. Since I was a child, I used to explore around these houses out of curiosity with a bike I received for my eighth birthday. I started to become a regular visitor to the older Italian families that populated the area and eventually some elders would know me on a first name basis but there was one family who never acknowledged I existed. I didn’t mind it because I was a kid and would just keep it moving but the older I became the more I noticed how this couple would avoid me by all costs. It was baffling but I knew that their reasons were insidious so I also avoided them too.

One day, when I was around 12 years old, the tension built up between us over the years, quietly seething, finally erupted when I fell on their lawn with my bike when another biker crashed into me. The old man came charging out of the house furiously at MY nerve for touching his property. I was young and hot tempered so I cussed him out, waving around bare arms sticking out of my t-shirt that were now decorated with black and blue bruises from trying to break my fall.

His yelling was a mixture of Italian and English and mine just English. I refused to back down despite how much taller and bigger he was than me. Our loud encounter snared the attention of our neighbours and their heads spiked out of their windows and doors to see the commotion. When they saw a red in the face white man screaming at a young Black girl they had grown attached to, they tried to intervene to deescalate the situation.

I remember how angry I was. Years of feeling unwanted and hated boiling over as I hurled random insults at him. One of them was pointing out how dare he raise his voice at me when he refused to take down his Christmas lawn decoration when it was APRIL. Before he could help it, he explained he couldn’t take it down since it was his daughter who helped put it up and since she died shortly afterwards, he and his wife didn’t have it in them to take it down. It was obvious from his stunned look he didn’t mean to say that.

I was also shocked. All my anger for him bled away. I didn’t have language for the grief that pooled in his eyes but I understood many things about him within seconds. I had no idea why I felt brave enough to move forward and open my tiny arms for him. He sagged in the eclipse of my arms and wept in a way that was obvious he hadn’t allowed himself to for awhile. His wife watched all this from the porch with tears also present in her gaze. Turns out I was the same age as his daughter before a drunk driver cut her life short and he was coming from a place of immense pain.

I forgot what happened after that but he stopped being my enemy. In fact, he started waving at me and that evolved to him and his wife offering me treats. I gave him a nickname, "Grumpy", and he gladly accepted that with amusement.

Anyways, I stopped biking in my area after I turned 17 and life moved on but if I saw them I would warmly welcome them. They did even eventually adopted a dog, whom they walked often just to have a reason to exercise their aged bones and joints.

Today, I found out accidentally through an old neighbour of theirs that he died 4 years ago. His wife, unable to be without her daughter and now her husband, followed him a year later.

I imagine the trio are somewhere together, adorning a lawn full of Christmas decorations.

Riya Jama is a Somali Canadian visual artist based in Toronto, Ontario.

Check out her interview with Toronto Life online here

Check out her interview with Integration TV online here