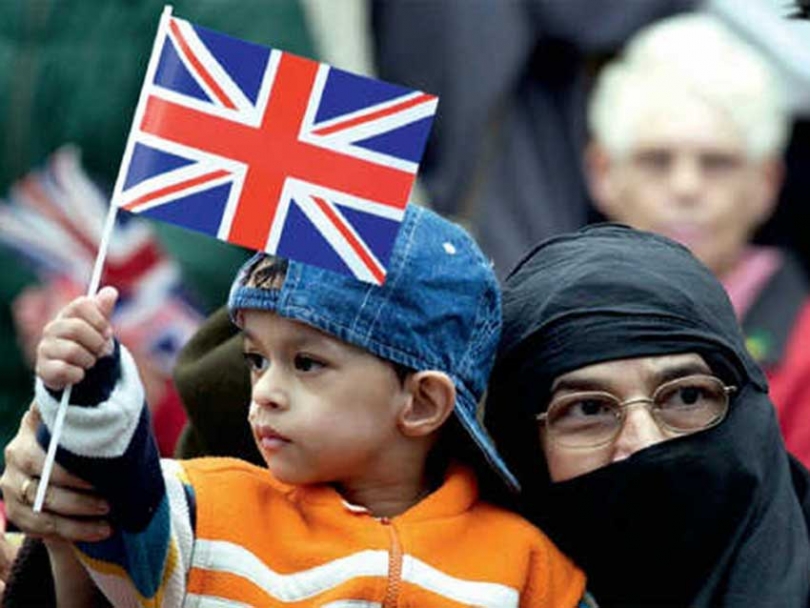 When a gunman opened fire at the victory celebration for Quebec's PQ Leader Pauline Marois, there was no reference to his religion or birth country, and certainly no grand statement about whether or not his actions reflect “our values.” Amidst the tragedy, one can only assume that such omissions from the public record mean the man was not a Muslim and was born on this continent.

Those rooting for “reasonable accommodation” and “secularization” were no doubt disappointed that this was not another hook on which to hang their Islamophobic hat. Indeed, any misstep by any Muslim fuels the political and media obsession with an ancient, tribalistic notion that “our” society is being taken over by “their” values; a fear-based campaign that drives much of the hatred directed against Islam.

Central to Muslim hatred are a number of key propaganda points that are as tired as the old nostrums of red-baiting, anti-Semitism, anti-Catholicism, and a host of other forms of intolerance that simply get recycled every few years with a different face. They include warnings about Muslim birth rates, alleged infiltration of governments, the use of immigration as a Trojan horse, the clandestine planning for acts of violence under the cover of everyday life, and the introduction of “foreign” values.

During the 1950s, children were subjected to cartoons where an evil Joseph Stalin would knock over a jar of red ink that would proceed to creep across Europe and then jump the Atlantic, a call to action against supposed fifth columnists and other alleged threats to “our way of life.” The red ink has been replaced by a metaphoric hijab, quietly enveloping England, France, Germany, and other countries into “Eurabia” and threatening to smother North Americans as part of an onrushing “Muslim tide”.

Even though a trillion dollars have been spent in the past decade invading Muslim majority countries, detaining and torturing Muslims, and producing countless diatribes against the religion in film, TV, radio, the internet, and print, the practitioners of a war against Islam continue to play the role of victim. Tony Blair famously cried in 2010 that “we have been outspent, outmaneuvered, and out-strategized” by what he labeled as “Islamic extremists,” laughingly calling on observers to “measure, over the years, the paucity of our counter-attack in the name of peaceful coexistence.”

Such paranoid ramblings are not simply the stuff of right-wing racists; they are just as easily trotted out by more liberal organs of society, such as the Toronto Star, which a number of years ago ran a front page piece on “The Muslimization” of fashion. The reason? Walkways that year were not so focused on revealing huge amounts of female flesh, and designers' choice to provide women with more cover was seen as a dour, disturbing development -- one more example of a society under siege by Islam.

The “Muslimization” threat is virtually all-pervasive, and allows governments to get away with everything from trying to stop construction of minarets and banning the niqab to torture and targeted assassination. It also creates a cottage industry of pundits who claim Islamophobia does not exist -- despite ongoing hate crimes against individual Muslims and mosques, and billions spent infiltrating and surveilling members of the community. (Notably, we learned in August that the New York Police Department's Demographics Unit, which spied on and infiltrated Muslim groups for a decade across the northeastern US, came up with not a single terrorism lead.)

It also creates a community that has to be wary of everyday living, for anything a Muslim does can raise suspicion. (Indeed, the NYPD report on radicalization declared that everything from book stores and butcher shops to NGOs, student associations, hookah shops, and more, were “extremist incubators” out of which bomb-throwing jihadis could emerge.) This makes imams defensive, always spouting about the need to “build bridges” while the society that promulgates such myths fails to look in its own backyard.

While numerous studies have deconstructed the lies about swelling tides of Muslims coming to take over our lives, they rarely get much press. But one potential counterweight to that is Doug Saunders' mainstream (Knopf Canada) title, The Myth of the Muslim Tide.

Despite an unfortunate subtitle that seems to undermine his premise (Do Immigrants Threaten the West?), Mr. Saunders, a long-time news correspondent who has lived in Muslim-majority countries, cannot be easily dismissed, especially when he has no time for the religion itself and does not believe the “war on terror” is ill-founded or misconceived.

The book proves valuable because of the manner in which he carefully identifies and then picks apart the frothing-at-the-mouth claims of Muslim-baiters like Bernard Lewis and Mark Steyn. Mr. Saunders explores the widely accepted idea that Muslims will become the majority of the European population by 2050, and then presents demographic data that reveals, like any immigrant group, Muslims adjust family size to that of the dominant culture. By citing everything from the US Congressional Research Service to the Pew Centre, he shows that at most, even by 2030, Muslims will only represent 7 per cent of the European population. Similarly, he finds no evidence for the Muslim “baby boom” thesis that posits hijab-wearing women are simply stay-at-home baby-making machines (in the same way such myths were propagated about Catholic immigrants). Indeed, Mr. Saunders shows Muslim immigrant families by and large share either a lower or equal birth rate of the new countries they call home.  This, he points out, signals “integration” into society.

Mr. Saunders notes that despite Europe's proximity to Muslim majority countries, the proportion of Muslims who immigrate there is quite small. He also takes on the claim that Islam is a hateful ideology rather than a spiritual faith, tearing apart the ravings of politicians like Geert Wilders (which sound suspiciously like those of anti-Semitic politicians of the 1930s and 1940s).

Mr. Saunders pays particular attention to debates about Muslims in France, noting 42 per cent of French Muslims support a ban on religious symbols in the classroom, and fewer than 5 per cent attend Friday prayer at a mosque. He also explores a wide range of polls indicating Muslims have no conflict between their religion and modern society. Sixty three per cent of American Muslims polled stated this, while 64 per cent of Christians say the same thing. So much for the oft-repeated canard that Muslims wish to take us back to the Stone Age.

Similarly, Mr. Saunders found a Gallup poll revealing British Muslims were far more loyal to the UK than most non-Muslim Britons. Such findings are consistent across the board and fly in the face of incessant scare mongering.

Also dispelled is the idea that some Muslims cheer acts of violence. Mr. Saunders notes that while one poll found 1 per cent of US Muslims said violence against civilian targets is “often justified,” 24 per cent of non-Muslim Americans said the same thing.

He also dispenses with the notion that sharia law is a well-funded conspiracy, noting that if well organized extremist Christians have been unable to set up their own version of religiously-based law in the U.S., it is highly unlikely that an infinitesimal number of Muslims could achieve the same.

Mr. Saunders reminds readers as well that the equation of Islam and terrorism is a false one. On average, 14 American Muslims per year are arrested as suspects (notably, the majority of such cases are FBI sting operations in which the government goads, prods, procures, and pushes vulnerable and mixed-up individuals, reaping political gain when they make their eventual bust). Muslims were involved in fewer than one per cent of all terrorist incidents in Europe between 2001 and 2009 (and Muslims tend to be among the first turning in anyone who they find involved in suspicious activities as well).

Despite making such a strong case, Mr. Saunders is surprisingly silent on his own use of the term “Islamic extremism,” one which even intelligence agencies acknowledge tars all Muslims with the same brush. He also hints at dark threats “out there,” but fails to substantiate his references (perhaps the knee jerk declaration of a journalist who wants to be seen as entirely “objective,” so much so that he has to repeat some of the dominant narrative he seeks to undermine.)

One book will not a tide reverse, but hopefully it will inspire others to look behind the headlines and scare stories to produce similar research and refute an idea that continues to produce so much misery around the globe.

Matthew Behrens is a freelance writer and social justice advocate.