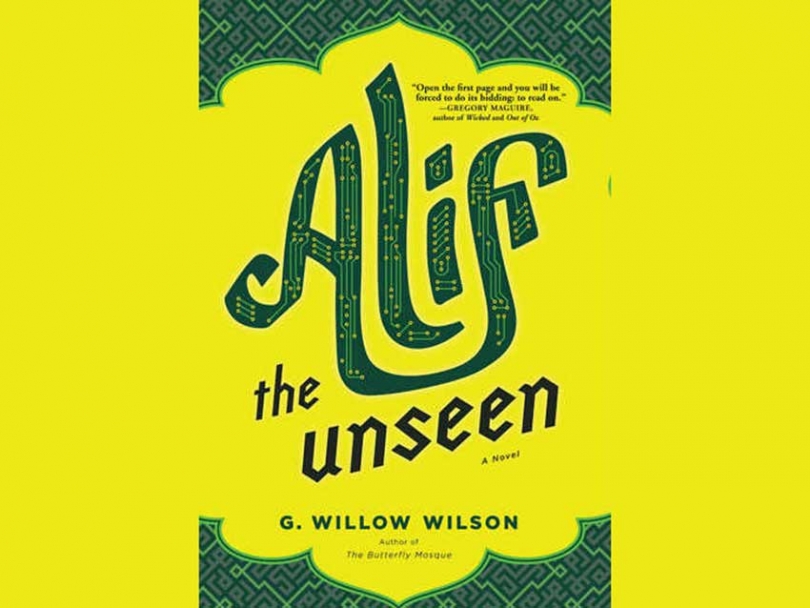 G. Willow Wilson's debut novel is genuinely intriguing as the first chapter, actually labeled chapter zero, is set in a very mystical location and does nothing but capture the reader's attention. Wilson captivates her audience with the obscurity and uniqueness of a story of the sort of One Thousand and One Nights.

The novel follows a hero-and-sidekick-battling-an-evil-villain recipe. However, with a sprinkle of Ms. Wilson's unique mystical twist: jinn, or the unseen creatures of our world, she brings a new flavour to the overdone plot line; successfully creating her very own genre of literature.

Another aspect of the book that I appreciated is the realness and rawness of the characters. Although the book is surreal, both in terms of the setting and the plot, the characters bring this book down to earth and make it believable.

For example, the protagonist Alif has his virtues and vices; both equally featured in the book. I appreciated her characterization of a simple guy, a Muslim guy, who is very real in terms of his mistakes, his awkwardness, his doubts about religion, and his falling for a girl that is not his type. He is literally, and figuratively, the boy next door.

Deena, the heroine first, and love interest second, is Alif's childhood friend. She is a girl who was raised in a traditional household, and as she grew, embarked on her own Islamic journey that resulted in her wearing the niqab. Her character really humanizes women wearing niqab, showing the audience is that they are not much different from other women -- particularly when readers notice she indulges in guilty pleasures like meeting Alif at night on their roof, and allows her romantic feelings for him peer through.

Skilled with computers, a little bit of a jerk to women, immature and naÃ¯ve, yet in such a sweet way, Alif is a young adult living in a small desert town that is ruled by Islamic law under an oppressive monarchy. He is an internet hacker who after becoming involved with a woman of a higher class, gets dragged into a world of mischief: the world of the jinn. His dynamic character shows that people are ever changing and often do not react the same way they do twice. Depending on the circumstances, their feelings towards different situations evolve.

Alif's personality is characterized by his vulgar and rough language, which for some readers can be shocking, and even a turn off. The swearing does help build character in some situations, but I dub it inappropriate and unnecessary as it is also

used in third person narration. And of course, what novel is not complete without a binding love story. I always like a thoughtful, romantic plot line and although I did appreciate the emotional connection between the two main characters, I thought the romance could have been left out as at times it wasn't woven well into the scenes.

Ms. Wilson's not so subtle comment on the perception of reverts to Islam in the community is in her depiction of how a character who accepted Islam is constantly referred to as “the convert” and is never mentioned by name in the entire book. Being a revert herself, Ms. Wilson is hinting at the way that an individual who has accepted Islam is mentioned in the community: “do you know so and so?”” “the convert” they add, with an ever-so-slight negative connation.

This novel is fascinating and innovative. There has never been something done like this before. The author does a great job of mixing Islamic ideas with a good old fashioned thriller plot line. I believe that this novel will be accused of trying to be the “halal” version of Harry Potter, or an Islamic spinoff. As someone who has read the Harry Potter books more than once, and who has absolute and unconditional love for them, I think that whatever the author's intentions, Alif the Unseen is nothing like Harry Potter and should not be put on the same scale.

My verdict? Everyone should go out and buy this book; support a talented Muslim author and enjoy the supernatural adventure that grips you the minute you turn the page to chapter zero.