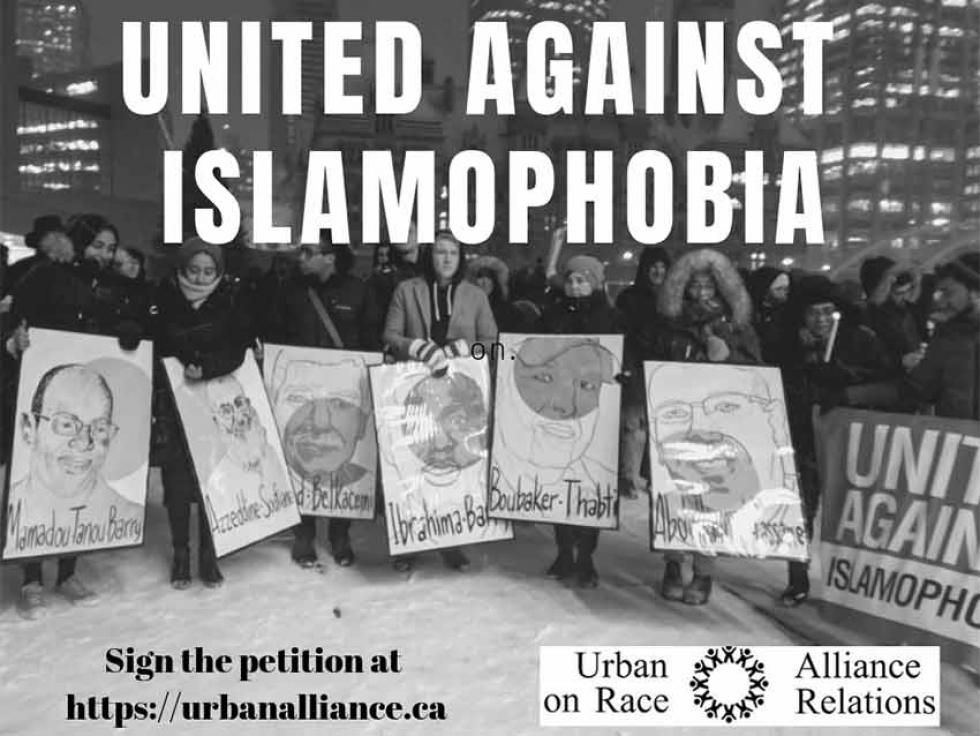 It’s been a little over two years since the terrorist attack on the Centre Culturel Islamique de Québec. Since then, many Muslim communities have been making efforts to heal.

Healing has been hindered by the fact that, across Ontario, and globally, it feels like our communities are still under siege.

In the days and months following the tragedy, as confirmed by StatsCan data, crimes targeting Muslims in Ontario skyrocketed by 207%.

This data, coupled with the horrific recent attacks in Christchurch, New Zealand, demonstrates that the scourge of Islamophobia remains a constant, and is in fact, on the rise.

As numerous experts note, this rise can be linked to the proliferation of political rhetoric and media that aggressively promotes settler colonialism, white supremacy, and focuses especially on dehumanizing Muslims.

For me, a key question then is, what is being done to address the rise of this harmful rhetoric by those with power?

It can be helpful to know that a common term for the specific form of hatred that led to these tragedies— Islamophobia —has been in use since the 1990s.

We can argue semantics, as many have chosen to do, or we can address the issue, which is that prejudice against Muslims is a sociological phenomenon in our province and country.

Islamophobia operates alongside many other forms of discrimination, but recognizing one form of prejudice and its intersections, should not diminish our recognition of and response to others.

It's also worth noting that, as Muslims, going forward, we have a moral responsibility to be more engaged in the many other struggles for justice and liberation that are taking place across this land, even when they don't appear to directly affect “us”.

I believe that as a province, we can only begin to address our challenges by being courageous, naming our problems clearly and explicitly, rather than in general terms, and tackling them head on, together.

As is the case with numerous other harmful forms of discrimination that exist, be they gender-based violence or anti-Black racism, the first impulse on the part of everyday citizens who don't experience them, is to deny that they are a reality. But these are not the voices that are important in this conversation.

This is where policy-making has a role to play, because it has the potential to drive public discourse. In recognizing the specific experiences of Muslim Ontarians, and encouraging other Ontarians to learn more about the issue, we can start to have meaningful conversations that will allow us to eventually address this problem.

To me, a Day of Remembrance and Action on Islamophobia represents a small and symbolic first step that a government can take to say that it is committed to tackling anti-Muslim bigotry and hate. It says that we will not allow ourselves to forget, and will work together to ensure that these tragedies do not repeat themselves.

So for those of you who are in Ontario, I encourage you to join the United Against Islamophobia campaign coalition. Follow UAI on Twitter here.

Tell your MPP to take action against Islamophobia in Ontario by sending them a letter here.

We can't do this without you.