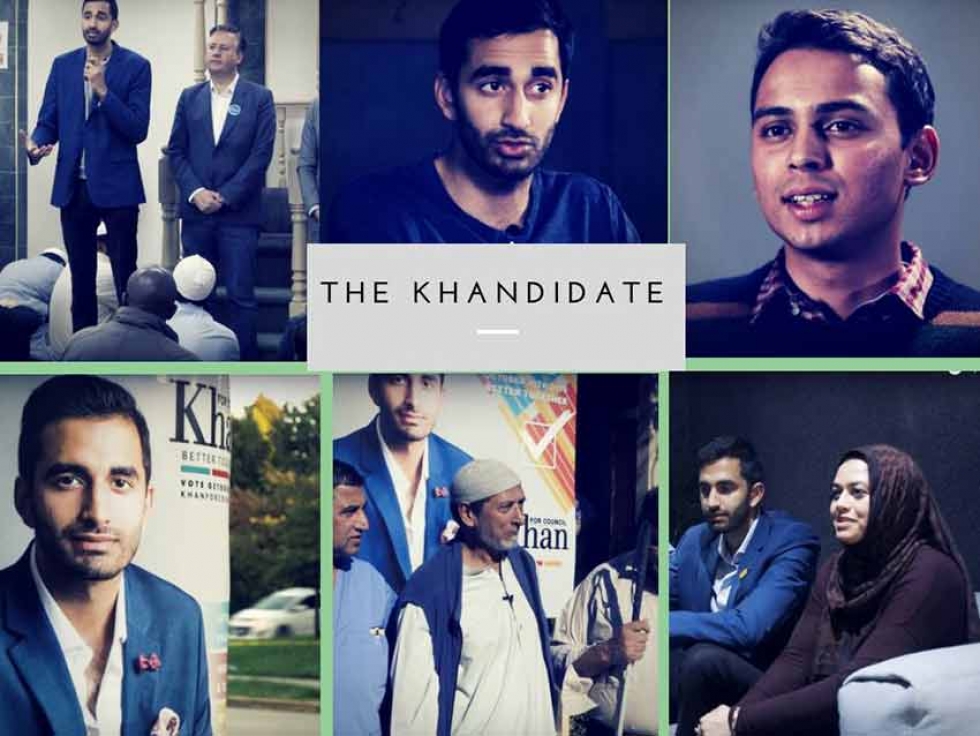 In the 2018 Municipal Elections in British Columbia, Pakistani Canadian podcaster Abubakar Khan ran as an independent to join the Vancouver City Council.

Despite the fact that Vancouver is known for its ethno-cultural diversity and social progressiveness, the Vancouver City Council has traditionally been White and dominated by middle aged men. Also, few municipal candidates run as independents, most run as part of a municipal political party.

Muslim Link interviewed Rehmatullah Sheikh about making the documentary and why he hopes communities across Canada will use it as a launching point for discussions on the engagement of young Muslims in municipal politics.

They also welcome feedback from viewers of the documentary about how to improve their craft.

Tell us about yourself and the team that produced "The Khandidate".

This video was produced by a team of three students at the School of Journalism at the University of British Columbia.

Hillary Seoyun Kang is a Canadian with roots in South Korea.

Ruhullah Khapalwak is an Afghan journalist who’s worked with the New York Times. He’s in Canada to pursue the Masters of Journalism program.

I, Rehmatullah Sheikh, am originally from India but spent most of my life in Dubai, UAE. I’m in Canada to pursue my Masters in Journalism too.

Why did you and your team decide to tell the story of Abubakar Khan's municipal campaign?

Some of the best documentaries or video stories are driven by a compelling central character. We felt Abubakar Khan fit that bill of a captivating character — he’d already got some media attention as one of the youngest candidates for the City Councillor’s position. The local municipal elections were creating a buzz too. The questions of diversity in local governance was also emerging as an interesting topic. We felt following someone campaign trail would also give us some great “scenes”. So it was a good mix both in terms of the significance of the topic and the visual elements.

Vancouver is known across Canada as being a very young and ethno-culturally and religiously diversity city and yet it is quite surprising that this diversity is not reflected the municipal level, although we do see it reflected at the federal level in BC. We know that Globe and Mail journalist Sunny Dhillon quit over being instructed not to explore this issue. Why do you feel that it is important for journalists to create stories that raise concerns about issues like the lack of diversity in CITY politics in particular?

I think it’s important because unless journalists highlight this lack of diversity, people will fall into complacency. It’s very easy to avoid the uncomfortable realities of a city you are so attached to. Vancouver is changing. This sounds like a given, almost like a cliche. But it’s almost unbelievable that its local government doesn’t reflect that ethno-cultural diversity at all. And I believe journalists need to track the pulse of a city — whether its underscoring all that is going well, or anything that’s going wrong. Vancouverites should be able to see themselves in their local government. Journalists can be a vehicle to show if that’s happening — or not.

Khan's religious background seemed to be an issue for many on the campaign trail. What were your thoughts on why this was?

As journalists it is our duty to explore the questions of identity, race and faith — complex elements that end up permeating into a candidate’s election campaign. Khan’s a proud Muslim, but he makes an effort to reach out to people across religions. That’s good news for his supporters. But for us journalists — it was an interesting thread to explore in a very unbiased and genuinely curious way. I asked “You say you’re religiously neutral, yet you don’t shy away from leveraging your Muslim identity. How do you explain that?” It’s a genuine inquiry that we think made our story richer.

What insights into civic engagement and municipal politics do you feel you and your team gained from covering this story?

Vancouver’s civic politics is still a new domain for the three of us. It’s not really our beat, but we learnt a lot. We learnt that independent candidates are still far from capturing the kind of audience and votes that established parties can scoop up. We learnt a political campaign is an arduous task, especially as an independent. We also learnt the importance of holding those in City Hall to account — they’re the ones taking important decisions that will affect the average Vancouverite. Sure, we have the Federal elections coming up, but we can’t ignore local politics.

We’d just want as many people to watch "The Khandidate". A lot of hours and stress went into making this. The more feedback we get, the more we improve as student journalists.