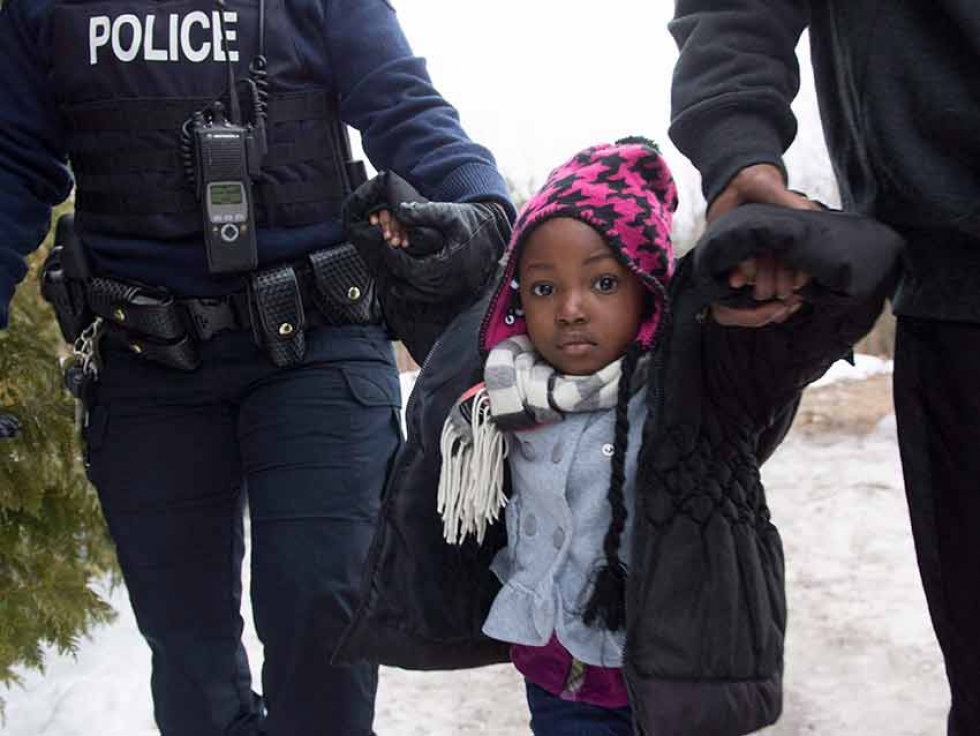 Written by  Sharry Aiken and Sean Rehaag
Published in News

The recent Ontario budget included a 30 per cent cut to legal aid. This will cause hardship for many low-income residents of Ontario, who are disproportionately drawn from racialized communities.

Refugees are among those who will suffer the most. The announced cuts include a prohibition on using provincial money for legal aid for refugee claimants. Legal Aid Ontario has responded by immediately suspending all funding for lawyers to take on new immigration and refugee matters, other than preparing forms for refugee applications.

Previously, Legal Aid Ontario spent about $34 million a year to support legal aid for refugee claimants, with about $18 million coming from the province. The province says it should not be responsible for refugee law services, which is an area of federal jurisdiction.

The cuts are not really about jurisdiction, however. Criminal law is also an area of federal jurisdiction, and it will continue to represent the biggest area of legal aid services in Ontario. Rather, the cuts are due to two reasons.

A matter of politics

The first is politics. The Ontario government asserts that Ottawa is not doing enough to prevent a refugee crisis. The Ford administration says Canada’s borders are out of control, with too many irregular border crossers transiting via the United States. They decry Justin Trudeau’s famous #WelcomeToCanada tweet from January 2017 as being responsible for an increase in numbers of refugees entering the country.

Meanwhile, the number of refugee claimants coming to Canada — while up in recent years — is not far from longer term historical averages and the number of irregular border crossers (those crossing at non-official entry points) has declined of late.

So there is no crisis. In fact, Canada does much less to support refugees than other countries with far fewer resources. The federal government has also been criticized by human rights organizations for harsh border control measures that violate the rights of refugees.

Nonetheless, the Ford Conservatives’ story is that they will stand up “for the people” of Ontario in the face of allegedly weak federal border control policies. They think this stance is a political winner, so they’re sticking with it, regardless of whether it’s true or not.

That brings us to the second reason for the cuts: racism and xenophobia.

The growth of far-right ideology

When the Ford Conservatives talk about being for “the people,” they mean some people, not others — and they certainly do not mean refugees. Ford is not the only one to make this distinction.

Beating up on refugees is a key part of the growth in far-right, anti-immigrant, racist ideology in the European Union, the U.S. and elsewhere. It is distressing to see this taking root in Ontario.

There is one silver lining in this otherwise disappointing news. The announced cuts will lead advocates to pursue constitutional litigation to require legal aid for refugees.

Legal aid is a right

Currently, legal aid must be provided in many criminal proceedings as a matter of constitutional law. The result is that legal aid resources go largely to criminal law services, at the expense of legal services for low-income people facing eviction, intimate partner violence, workplace discrimination, deportation, being cut off social assistance and other important legal challenges.

Like criminal law, however, refugee determinations involve high stakes and important rights. If not properly recognized, refugee claimants may be deported to face persecution, torture or even death. Because of these stakes, claimants are constitutionally entitled to a refugee determination process that complies with the principles of fundamental justice.

At the same time, research has demonstrated that access to high quality lawyers is a key driver of positive outcomes in refugee determinations.

This combination means that if refugee claimants cannot afford counsel, they may be constitutionally entitled to legal aid. A Supreme Court of Canada case, New Brunswick v G(J), establishes that legal aid is constitutionally required in certain non-criminal legal proceedings where the rights at stake are very serious, where the proceedings are complex and where the litigant is not capable of self-representing — all factors that are present in many refugee hearings.

It would be ironic if the Ford cuts lead to litigation that establishes not only a constitutional right to publicly funded counsel for refugees, but that also helps pave the way for constitutionally mandated legal aid for low-income and disproportionately racialized people with other important non-criminal law legal needs.

That really would benefit “the people” — by which we mean all people in Ontario, including refugees.

Sean Rehaag is an Associate Professor at Osgoode Hall Law School and is a Faculty Affiliate with York University's Centre for Refugee Studies. He has done paid consulting work with the United Nations High Commission for Refugees, and has served as an unpaid expert witness in constitutional litigation involving refugee issues and human rights. He is a member of refugee rights organizations such as the Canadian Association of Refugee Lawyers and the Refugee Lawyers Association, as well as several academic organizations such as Canadian Association of Refugee and Forced Migration Studies and the International Association for the Study of Forced Migration. He currently holds research funding from the Social Sciences and Humanities Research Council.

Online Event
How IHRA Harms Us: An Anti-Racist Conversation on Weaponized Antisemitism
Educational