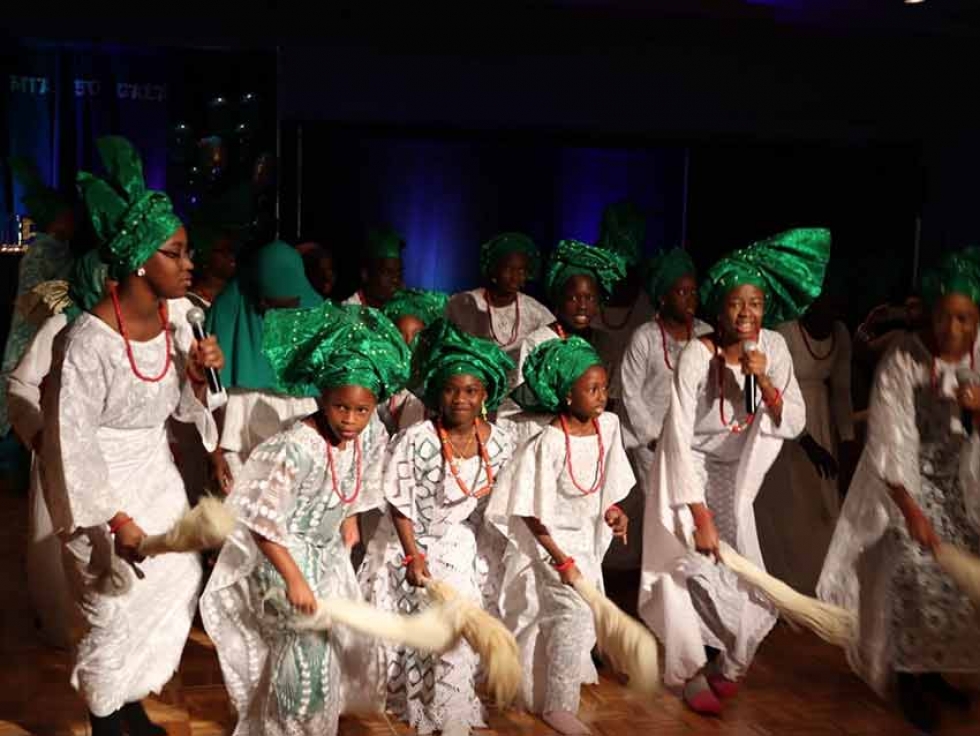 The event was covered by Glen Dawkins from the Winnipeg Sun and CBC News.

The Manitoba Islamic Association (MIA) is Manitoba's oldest and largest Islamic organization. According to Glen Dawkins in the Winnipeg Sun, "MIA was formally incorporated in November 1969. It established Manitoba’s first mosque, now called Pioneer Mosque, in September 1976. In 2007 the Manitoba Grand Mosque was opened, and in 2015 a mosque in Winkler to serve the growing community in the Pembina Valley region. Most recently, the MIA celebrated the establishment of MIA Connections, a facility in the Central Park part of Winnipeg." Currently, MIA is also fundraising to establish the first Muslim funeral home in Manitoba.

Syrian Canadians Dr. Farouk and Laila Chebib were honoured at the celebration as some of Manitoba's earliest Muslim pioneers. The Chebibs first came to Winnipeg from Syria in 1958 so that Farouk could pursue his Masters degree, which was sponsored by the United Nations, at the University of Manitoba, where he would eventually become a professor. They stayed for 11 months and then returned in 1964 when Farouk was given the option to pursue his PhD in computer science anywhere in the world and he chose Winnipeg.

In an interview with Nadia Kidwai for CBC Radio Manitoba, the Chebibs shared that their first friends were from Manitoba's Christian Middle Eastern community, "The Christians stayed with us and they worked with us, very good friends. One of them is a student of mine from the University of Aleppo, where I taught him and he had his wife and they became just like one of the community," Farouk explained. "There was no problem no differences never, just like when we were back home, we had no differences back home," Laila explained.

The Chebibs helped to fundraise and taught classes for the early mosque. According to the Heritage Winnipeg blog, fundraising involved "dinners were held at the Ramada Hotel, they participated in Folklorama and the University of Manitoba's Festival of Life and Learning, and baked goods were sold after prayer times, as well as at an 'Hajje Baba' booth at the Red River Exhibition.Letters were written to numerous Muslim governments, requesting financial assistance. King Faisal of Saudi Arabia was the only one who answered, with a $25,000 no strings attached donation that as seed money for the mosque."

At the 50th Anniversary celebration, the Manitoba Islamic Association (MIA) received the Mayor's Community Service Award from Winnipeg's Mayor Brian Bowman. According to Glen Dawkins in the Winnipeg Sun, "[MIA's] facilities and programs have touched thousands over its five-decade history and its current programs include spiritual services, poverty relief, mental health counseling and community outreach." Past MIA Board President Palestinian Canadian Idris Elbakri received the award on behalf of MIA and in an interview with the Winnipeg Sun stated "Just the idea that we can come together as a community and celebrate our organization and its accomplishments and achievements. We were lucky to have some of our founders with us as well and some of those who were involved in 1969 in establishing MIA. It’s a wonderful feeling. It’s community building at its best.It’s hard to predict the future and it’s hard for the pioneers to have predicted this but I hope that if we stick to the values that have driven our community – hard work, steadfastness, perseverance, openness, and collaboration – I think it will be very bright."

South Asian Canadian Documentary filmmakers Saira and Nilufer Rahman, who grew up attending the Pioneer Mosque on Hazelwood, produced a documentary about the history of MIA called "Praire Mosque" which premiered in 2018 and can be watched online here. In a 2018 interview with David Plett from the Uniter, Saira Rahman explained "People who we grew up with, that we hung out with, that we lovingly called auntie and uncle, we didn’t know that some of these guys were pioneers. They were here in the early ’70s, some in the ’60s, and they were working hard to create not only an organization for the Muslim community ... a place where they could gather and pray, yes, but also socialize, learn, also invite the greater community to come and to host them and to talk to them about who they are. The Muslim community is very diverse. We share the same faith, but even (with) that, there’s different perspectives on practice. When they were first building the mosque, there were Sunni Muslims and Shia Muslims all working together to build this place of worship ... We kind of functioned like a typical family. You love each other because you share the same values, but you will have disagreements."

Saira Rahman also hopes that the documentary "Prairie Mosque" can help to dispel stereotypes about Islam and mosques. In her 2018 interview with the Uniter, she stated "It’s a window into the Muslim community,” she says. “A lot of people wonder what goes on in a mosque. There’s a lot of hesitation, I would say even fear, about what goes on in a mosque. Are we all being brainwashed? Are we all being groomed to be terrorists? This film is really helpful, because it tells you … that we are human beings just like everybody else. We gather, as other communities do, we break bread together like other communities, we fight, we make up, we want the best for our children, we love each other ... There’s universal themes here. It’s a film for everyone."