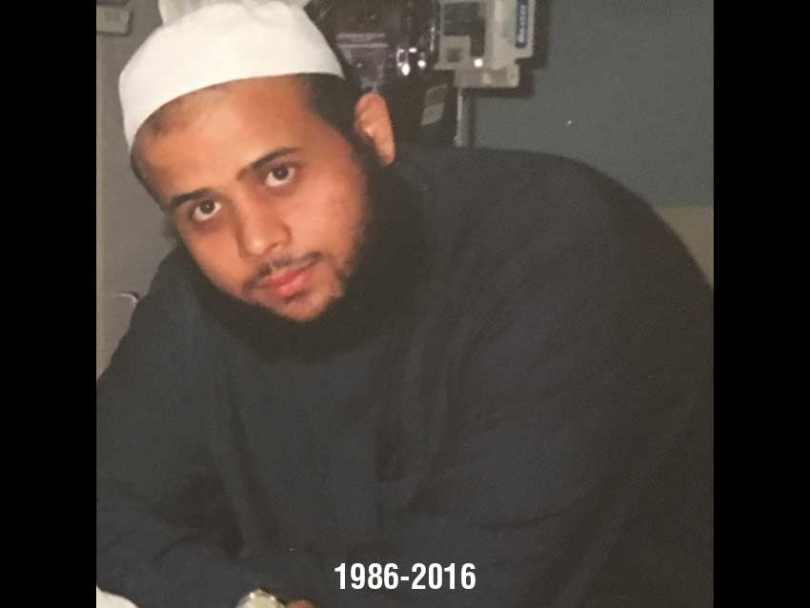 Afghan Canadian Soleiman Faqiri's family is leading a campaign to get answers and hold officials accountable for his death at an Ontario Correctional Centre. Courtesy of the Faqiri Family
18
April
2017

Afghan Canadian Soleiman Faqiri, 30, was diagnosed with schizophrenia during his first year of university at Waterloo in 2005.

On December 4, 2016, Soleiman was taken into custody at the Central East Correctional Centre in Lindsay after being charged with one count of aggravated assault, one count of assault and one count of threatening death and bodily harm. Despite multiple requests, including visits to the Centre, his family was not allowed to speak with him.

On December 12, 2016, a mental health assessment was ordered for Soleiman, according to The Ministry of the Attorney General

On December 15, 2016, 11 days after he was taken into custody, Soleiman was dead. According to the Kawartha Lakes Police Service, Soleiman was involved in a “physical altercation with multiple correctional officers” where “use of force was applied.” This resulted in his death.

On December 19, 2016, four days after his death, the charges against him were dropped.

The Justice for Soli campaign was launched to demand answers from provincial authorities about Soleiman’s death.

Soleiman’s death in Ontario’s most complained about correctional facility comes during a systemic investigation by the Ontario Ombudsman into how the province tracks and reviews segregation placements of inmates in correctional facilities. It also comes at a time when questions are being raised about the treatment of people living with mental illness by police and correctional officers across the province.

Muslim Link reached out to the Justice for Soli Campaign and interviewed Soleiman’s brother, Yusuf Faqiri, who has been speaking at vigils and on campuses across southern Ontario to raise awareness about his brother’s case.

What would you like Muslim Link readers to know about your brother Soleiman?

He was a beautiful man. He was brilliant. He was devoted to his family, to his faith. Before his illness, when he was in high school, he played on the rugby and football teams while being a straight-A student. He went to the University of Waterloo’s Environmental Engineering program. In his second semester he was diagnosed with schizophrenia in the spring of 2005.

If you want to summarize what Soleiman was, he was a man with so many gifts, he was brilliant, so many abilities. What I want people to know about him is that he had this intense love for people around him.

How has your brother’s loss impacted your family?

We’re a family of immigrants. We are a family of seven, my mother, my father, four boys, and one girl. We were all born in Afghanistan, including Soleiman, with the exception of my youngest brother. We came to Canada for a better life.

The impact of his death has left this intense void that is, to be frank, unbearable. Soleiman had a special relationship with every single member of our family. He was closest with my mother, they were best friends.

It is one thing to lose a loved one. But to not know what happened to him, what led to his death, it has been over 16 weeks and we still don’t know the names of the individuals involved in his death. We still don’t know why for 11 days before his death he was cut off from the outside world. Why weren’t we able to see him?

So the impact of his loss has been compounded by all of these unanswered questions. It’s like a poison that continues to fill the hearts of our family. Why don’t we have answers? Why have we been left in the dark?

What is currently being done to get answers in your brother’s case?

There is currently an online petition asking to know about the individuals who are responsible for his death. There is the Justice for Soli campaign which involves students from different cities, such as the University of Western Ontario, the University of Toronto, and McMaster University. It has been a highly publicized case so many strangers have reached out. Mental illness is something that cuts across ethnic backgrounds, religious backgrounds, and occupational backgrounds. It affects all of us as Canadians. Soleiman’s story has inspired many people to take on the case.

I have been quite inspired by the people who have taken this case on. The students at McMaster University have done a lot of work on it, they produced a video very soon after the story hit the media. Students at the University of Toronto Scarborough campus and downtown Toronto campus and students at the University of Western Ontario, they have all done a lot of work. And these are individuals from different ethno-cultural backgrounds, many of the students are Muslim but many are not Muslim. This case concerns everyone.

In the process of looking for answers in your brother’s case, what have you learned about the conditions in Ontario’s correctional centres, particularly when it comes to the treatment of inmates with mental illness?

According to the Ombudsman the Central East Correctional Centre where Soleiman was killed by guards was the most complained about jail in Ontario during fiscal 2015-2016. The Ombudsmen also highlighted the fact that there were 647 complaints at the jail that including accesses to medical care, assault, lockdowns, the facility itself and other issues.

I feel that the government has treated my family with so much disrespect and so much lack of humanity as we try to get answers in this case. As a society, we need to ask ourselves how a man was killed while under government care and outrageously, after four months, his family still does not know what led to his death. My family is asking those questions but we all should be asking those questions as citizens of Ontario, as Canadians. It is our right to know.

Unfortunately, it appears that your brother’s death could be the result of a systemic issue in Ontario when it comes to law enforcement and the treatment of people with mental illness. For readers in Ottawa, there are some clear parallels with the death of Somali Canadian Abdirahman Abdi here in Ottawa, a case where there have been manslaughter charges laid against one police officer.

My family wants charges laid against the individuals involved in Soleiman’s death. He didn’t need to lose his life.

What actions would you like Muslim Link readers to take after reading this article?

I want people to understand that Soleiman was someone who had an illness but he was also someone that had so many gifts, he had dreams and aspirations. Soleiman was a brother, a uncle and a son. We miss him so much. Why did he lose his life? He was killed in the very institution that was supposed to help him. That’s unacceptable. We need to hold our government accountable when something like this happens.

To learn more about the Justice for Soli campaign visit here.

Muslim Link has invited Yusuf Faqiri to come to Ottawa in mid-May to speak about the Justice for Soli Campaign and the overall crisis in Ontario’s correctional centres when it comes to the treatment of those coping with mental illness.

If you would like to get involved with organizing his visit please contact This email address is being protected from spambots. You need JavaScript enabled to view it.