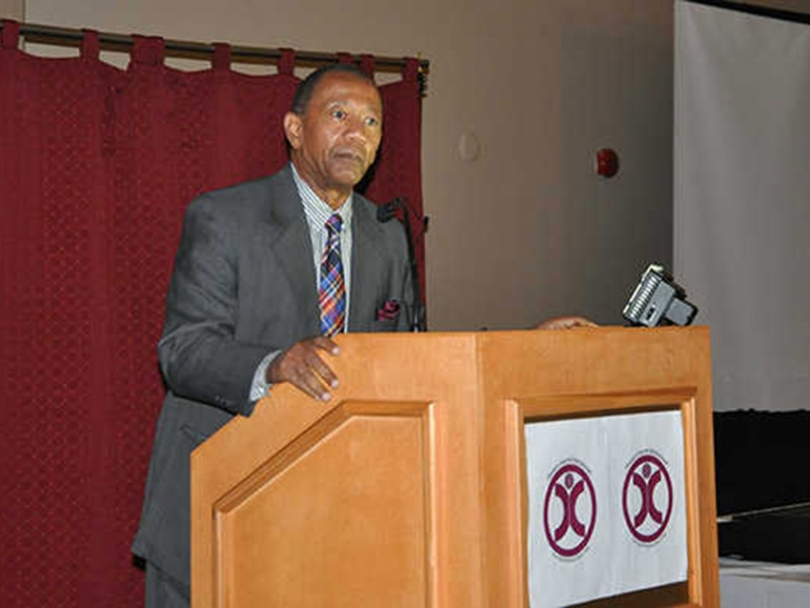 Human Concern International (HCI) held its 33rd Annual Charity Dinner on Friday, September 27th with a theme of hope interwoven throughout the evening.

This year's keynote speaker was Dr. Norman Cook, a former director with the Canadian International Development Agency (CIDA) who retired in 2006 but has continued to work in the field in the Middle East and Central Asia.

Dr. Cook offered personal reflections on why Canadian Muslims have reasons to hope that despite the current climate of Islamophobia which Muslims face,  things can and will get better. As a Black Canadian born in post- WWII Toronto, Dr. Cook shared his experiences growing up at a time when racial and religious discrimination limited where people could live and where they could work.

“At lot of my friends didn't make it. A lot of my friends died. They died through the consequences of anger filled lives. They died through very tragic things happening. Their life chances had been reduced very dramatically due to discrimination,” Dr. Cook shared. According to Dr. Cook, the multicultural Canada that we know today was born out of the conflict that arose as minority communities such as Black, Chinese, and Jewish Canadians rose up in the sixties and seventies and demanded equal rights by establishing institutions such as the Ontario Human Rights Commission. He emphasized the importance of the networks of solidarity that were developed between different marginalized communities.

Dr. Cook went even further back into Canada's history to look at the origins of a culture of religious tolerance in the country. At the time of Samuel de Champlain, Dr. Cook explained, there was widespread sectarian violence between Christians in Europe and the merchants financing de Champlain's explorations did not want this conflict playing out in the new colony. However, Dr. Cook could remember a time in Toronto when conflict was still very much alive and well between Catholics and Protestants. “There was a time when if you were Catholic the only job you could get was as a garbage man or with the police force,” Dr. Cook stated.

Europe and North America's history of conflict along religious lines is at the root of the push for secularism in the West. Which is why, Dr. Cook reflected, his early work with HCI in the 90s was so ground-breaking”and controversial. “When I began the process of talking to HCI from my position at CIDA, it was one of a number of faith-based organizations who we were co-financing with. It was in the 90s that we really began our journey together. We decided to talk about faith within the context of government. That wasn't an easy thing to do. It was a very difficult process. But then we began to move forward and build dialogues with each other slowly,” Dr. Cook explained. “In the mid-90s, we decided to do something that had never been done before in history. We decided to organize a dialogue about International Aid between some of the largest Muslim NGOs in the world along with some of the largest Christian NGOs in the world. [”]If we could get people to work together, regardless of their faith, then we would do the world a good service, especially for the alleviation of poverty and bringing benevolence to many people whose lives were in great need,” Dr. Cook shared.

He highlighted the work of Muslim community members such as Khadija Haffajee and Fatima Amin in helping to make this momentous event, which took place in Ottawa, a reality. “It was a very important and critical exercise for Canada. It projected us forward on a world stage as the bringers of peace across interfaith lines in international development,” he stated.

In closing, Dr. Cook praised HCI for its work with First Nations communities. “Organizations like HCI can help their members feel they belong in Canada,” he explained, “They are doing [it] in fact. They are doing [it] through connecting their work with Native Canadians. I was so impressed when I looked at the programme and saw that this organization understood something very basic about being Canadian and that is that the land on which we now are is a land to which we all came, that was the land of another people.”

Dr. Cook final advice to Canadian Muslims was to foster a sense of belonging in Canada by engaging with and learning from other communities with a history of marginalization in the country, as their past and sometimes present experiences often have striking similarities to those of Muslims today.

To learn more about HCI and its upcoming events, visit their website www.humanconcern.org