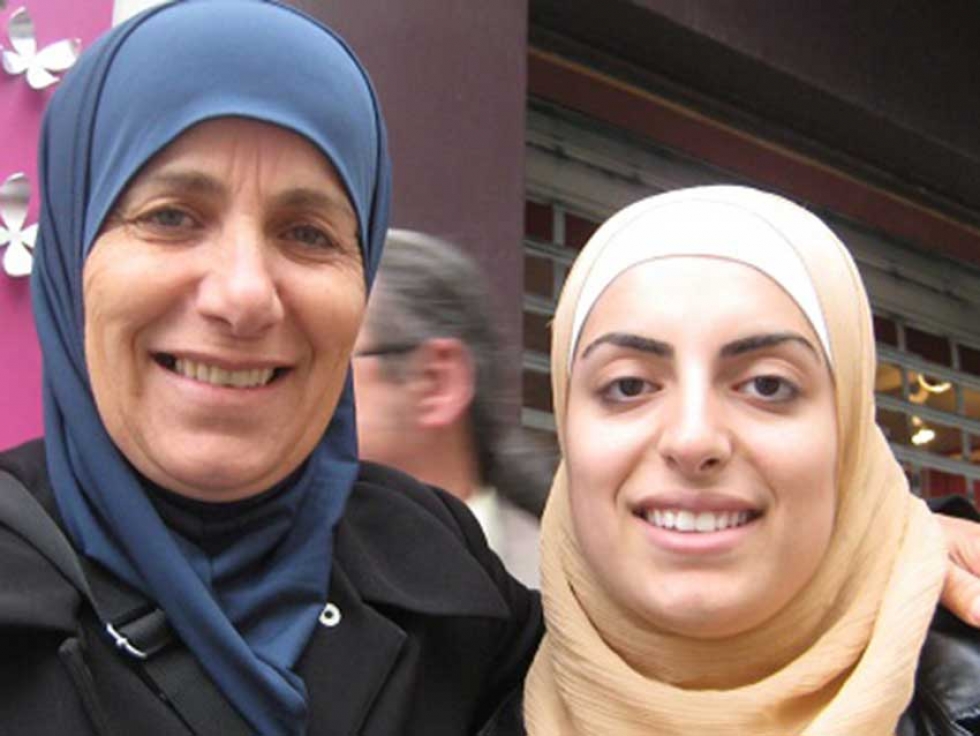 Sonia El Birani with her daughter, Maha El Birani, who is featured in the documentary "Fatal Silence".
27
Feb
2019

"Fatal Silence" is a documentary by Alan Powell that reflects on the 2012 murder of Lebanese Canadian Sonia El Birani by her husband Chawki El Birani in London, Ontario.

It was screened on February 20th at the University of Western Ontario.

The documentary follows conversations between Sonia's daughter, Maha El Birani, with filmmaker Alan Powell, Mohamed Baobaid, the Executive Director of the Muslim Resource Centre, and one of Sonia's friends.

Through these conversations, viewers learn about the multiple ways in which Sonia and her daughters were failed by both their community and Canadian public institutions, ultimately leading to Sonia's death.

By exploring these missed opportunities to intervene to address the risk factors for domestic homicide, viewers are challenged to ask whether there is someone in their own family or community who needs support and whether they are willing to give it.

The documentary is a useful tool for both Muslim and non-Muslim communities to start discussions around issues of domestic violence and the role that family, friends, community members, and public institutions, should play in preventing it.

A key takeaway from the documentary is the need for society as a whole to shift from putting the burden of escaping from domestic violence on those who are its victims. Instead, there is a need for those around victims of domestic violence to step up and find constructive ways to offer support.

For Muslim viewers, the situation of the El-Birani family offers much to reflect on. Often, the focus of discussions on preventing domestic violence within Muslim communities is on interpretations of Quranic verses and how Islam is misinterpreted to justify violence against women. That wasn't the case in this situation. It was Sonia who was religious, Chawki was not. Sonia's religious devotion was used to abuse her, as when at one point Chawki ripped her head scarf off and threw her out into their building's hallway, locking her out of their apartment.

The issue with the El Birani family was not a misinterpretation of religion but concerns about family and community reputation. We learn in the documentary that Chawki's family at one point were upset with Sonia for calling the police on Chawki in 2005 because it's bad for their reputation, but in the end they were not able to offer any alternatives to protect her and her daughters from Chawki's violence.

As Maha explains, "[My father] went to live with his brother for a few weeks. One day my uncle came for a visit and begged Mama to take my father back because he was causing problems in his household. When she wasn’t convinced, another uncle visited us saying that if we just took him back for a few weeks, they were going to find him an apartment for him to live in. Mama finally agreed. They dropped him off and we never saw them again. They shunned us from the family and community because we had their brother arrested. We were villains from that day on.....Two years before the murder, my father had tried to break Mama’s neck. My sister and I pulled him off her. We called our uncles for help (as they had expressed they wished we had done this in 2005) and they sent their sister to our home to tell us they did not want to get involved. As my aunt left, my sister told her that if they didn’t help us, someone would leave our house in a body bag, and it would probably be Mama. She asked my uncles to meet with her later in the week, but they stood her up."

In the documentary, we learn that the women did not feel welcome at their local mosque because they felt shunned by Chawki's family and their community, mainly people from the same Lebanese village, who attended the mosque.  This forces Muslim viewers to reflect on how the community dynamics within mosques could be jeopardizing the access victims of domestic violence have to Muslim community supports.

We also see how Chawki's mental illness, which included clinical depression and paranoia, was also too much for his family to manage, but his wife and children were expected to cope with it. At one point in the documentary, we learn that Chawki witnessed his mother being killed by Israeli soldiers and that he fought during the Lebanese Civil War. This provides an important opportunity for viewers to discuss the reality that perpetrators of domestic violence may themselves be suffering but that is not a justification for their violence.

The documentary also creates the opportunity for important discussions about the availability of proper mental health supports for men with mental illnesses who have experienced trauma. Just as Sonia and her daughters were failed by their community, they were also failed by Canadian public institutions. After Chawki is arrested for domestic violence, he is ordered to attend an anger management course. As Maha explains, "So my father attended his Changing Ways Anger Management course. Once he completed it, the organization sent a letter to Mama saying that he never showed any regret or remorse for his actions. We wondered how this meant he had completed the course...My father had a therapist he saw monthly or quarterly for over a decade. He was diagnosed with clinical depression and needed to see the therapist to get prescriptions for his medications. A few weeks before the murder, Mama called the therapist to tell him that things were getting bad in our home and asked him if he was getting any indications of other issues my father may have been having. He told her that my father never spoke at their sessions. He would remain silent for the hour, take his prescription and leave. Where was his due diligence?"

It would be great to see this documentary screened within mosques and community centres across Canada in order to foster discussion but also concrete action on the issue of domestic violence within our communities.

When Maha shared her family's story in 2017 at the Canadian Domestic Homicide Prevention Conference, she stated, "We need anger to make sure we defend those who are defenceless. We need anger to motivate us to change people’s impressions of domestic violence and to end complacency."

This documentary may leave viewers angry but also motivated to take action.

You can view the full documentary online below (It may take a few moments for it to load from YouTube).